Postcolonial Theory and the Specter of Capital: the Debates Continue.. 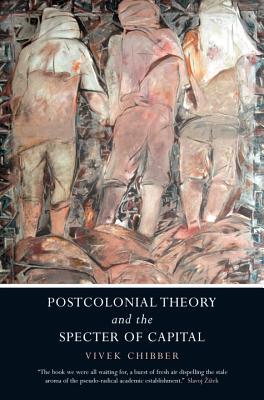 Last year, we gave a summary of the debate so far, but it has continued to rage on, and on, since then. To say that Chibber’s book, which won last year's PEWS Book Award, has divided opinion would be a drastic understatement. As Paul at Marxist Marginalia noted, “[It] is unlikely at this point that anyone will call the book boring.”

Chibber has engaged in debates with several of the critics who have written responses to his book, including, most notably, Gayatri Chakravorty Spivak. In a particularly scathing review in the Cambridge Review of International Affairs, she wrote, “I have no foothold in this book except as an object of mockery”. Chibber responded with a piece in the same journal, in which he wrote, “The sad fact is that … there is very little in Spivak’s essay to which one can respond. To be sure, there is no shortage of accusations, some pertaining to exegesis, others to logic or theory. Spivak certainly seems to feel strongly that PTSC is guilty of many sins. But this makes it all the more curious that she expends little or no effort doing what any honest critic would do—taking the time to read the text carefully, locate its flaws, demonstrate to the reader that the argument is indeed guilty of the mistakes of which it is accused.”

For those who have had their reservations about postcolonial theory, Chibber’s book was hugely welcome, and has been highly applauded. Achin Vanaik wrote in his review in Economic & Political Weekly,

“One of the great strengths of this book is the remarkable clarity with which Chibber lays out both the key themes of the three and his own arguments rebutting their various claims. Where there are ambiguities he makes the most charitable interpretations of what is meant so as to make the opposing cases as strong as possible. In short, Chibber tries to attack opposing claims by interpreting them in a manner whereby they are at their strongest and most coherent, and by doing so, his own case can become that much more persuasive … This overview can only give a flavour of the depth and rigour of this book which deserves to be read and reread. There is no doubt, that in this work key theorists of the subaltern and of postcolonial theory have found their most formidable interlocutor, one who has lucidly defended both the relevance of Marxism as radical critique and of certain Enlightenment universals.”

Adding to the praise in a review in Against the Current, Adaner Usmani wrote

“[in] my several years of reading Marx and Marxists, I cannot think of a book that is as clear in its explication of the analytical foundations of our project … it’s one thing to sense that something is amiss, and another to demonstrate what’s wrong and what should take its place. The standout virtue of Chibber’s book is that it does both of these things extremely well. Not only does he demonstrate the follies of his three chief antagonists, but in the process he outlines an alternative account of India’s “difference” that should do for a Marxist what, say, Seamless.com has done for the underfed and self-centered yuppie.”

Pranav Jani argued in the International Socialist Review that Chibber’s book is “a welcome contribution to the rich ongoing debate about the relationship between Marxism and postcolonial theory, the set of ideas and methods now prominent in the academic study of colonized and formerly colonized regions.” Adding that “PTSC also stands apart for the political chord it has struck among those interested in the future of Marxism outside academia. Beyond attracting intellectuals from a rather specialized field, Chibber’s book has generated wide interest among academics and activists alike.” While Sina Salessi, in the Journal of South Asian Development wrote “Chibber’s argument negates the foundations of postcolonial studies so overwhelmingly that the only option left to its proponents appears to be dogmatic attachment.”

As part of the review symposium in Journal of World-Systems Research, Michael Schwartz effused that “[Chibber’s] critique is so devastating that long after the key texts of Subaltern Studies are out of print and out of mind, their ideas will be learned and even memorized by the legion of readers of Postcolonial Theory.”, William H. Sewell wrote “Postcolonial Theory and the Specter of Capital provides a careful, sustained, intelligent, and salutary critique of Subaltern Studies.” while David Pederson declared that “Chibber decidedly is a ghostbuster.”

Chibber also participated in the symposium, adding that “It is gratifying to see the response that PTSC has generated in so short a span, even though much of it has been hysterical, as I predicted in my concluding chapter. The reason is not hard to fathom – as Ho-fung Hung points out in his introduction, there is a great deal at stake in this debate, not just intellectually, but also politically.”