The Remembrance of Futures Past 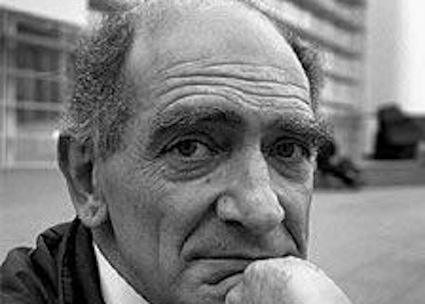 Paolo Virno's book Deja Vu and the End of History is a brilliant argument against the end of history thesis. He shows on the contrary how it presupposes a kind of awarness of historical potentiality, of language and labor. He then goes on to show how this "mnestic faculty", or the memory of potential history is soemthing that capitalism has brought into history itself through the purchase of labor power. I reviewed the book as a whole here. Below is a small sample from the second part of the book.

In the first part of the book, we tried to get a clear view of the genesis and significance of the terribly contemporary idea of the ‘end of History’. In order to do so, we had to define – approximately, of course, though not only in the vaguest terms – what it was that here supposedly met its end. We can only explain the ‘end of History’, this spirit so characteristic of our epoch (thus in itself providing a historical index), through a fundamental investigation of the very concept of historicity. That is, we can only explain the ‘end of History’ if we devote ourselves to naming the fundamental conditions that give a ‘historical’ character to so-called ‘historical events’, and, indeed, all the aspects – even the least evident ones – of experience. To call into question the concept of historicity entails – has entailed – a considerable expansion of our research horizons. Indeed, how can we give account of historical time, of its peculiar status, emergence and eventual decline, without encroaching on at least some of the prominent hypotheses on the structure of temporality in general?

It is possible that a certain number of readers will not have noticed the gradual widening of our field of enquiry. Or worse, that they have suffered it impatiently, considering it an error that has spoiled and dulled an otherwise lively and stimulating discussion. If they are kind-spirited, they will have considered the analysis of the déjà vu an amusing aside or impressionistic sketch. Patience, now: there is never any lack of those who look but do not see. But of course, the following pages are not addressed to this type of reader. The rest of the book is directed, rather, towards those who have well understood what is at stake here, and are determined not to allow the author to get away with a cut-price response. To those people, that is, who would far prefer an out-in-the-open failure to the art of using a few savvy allusions in order to give off the impression of confidence. To those, that is, who are demanding that I provide a more solid foundation for the theses that have flickered across so far, as well as a detailed discussion of their implications. To unforgiving or even malevolent readers who know, however, how many nuances and hesitations are necessary in order to get straight to the point.

The starting point of the previous pages was the memory of the present: indeed, this was out of the conviction that this basic mnestic phenomenon reveals in an exemplary way the nature of historical time, or opens the door to a particularly appropriate way of accessing the historicity of experience. We drew concentric circles of ever-greater diameter around this starting point in order to unravel the various threads that make up its weft. Let us again turn our attention to the thickest of these threads. To remember the present means considering the ‘now’ as a ‘back then’, thus immersing it in a sui generis past (a formal, indefinite, non-chronological one). This past, within which memory situates the event that we are living right now, is the potential, or faculty, underlying that same event (language, if it is a matter of dialogue; labour-power, if we are talking about the production process; etc.); conversely, potential is a non-chronological, indefinite, formal past. The memory of the present allows us, then, to grasp within the event now underway both the act and the potential, both the generic faculty and its specific execution.

In this reasoning, the most delicate point, the point charged with most consequences, is without doubt the equivalence drawn between past and potential. Obviously such an equivalence does not leave unaltered the terms with which it is working. It immediately poses the question: how is it possible to transform the very concept of potential, now that it has been radically temporalised? And then: what weight does this non-chronological past – constituted by potential as such – have within our general conception of temporality? We left these two questions in the background, however, largely neglected. The reason is a simple one: the equivalence drawn between past and potential, rather than the fruit of an autonomous reflection, in fact appeared right in the middle of an analysis with a quite separate centre of gravity. It was not much more, indeed, than an auxiliary intermediate link in the chain that was destined to connect critically the pathology of the déjà vu with the supposed ‘end of History’. So what is perhaps the most important wall in the entire edifice, ended up declining to the point that it looked like a mere ornament.

It seemed possible to tolerate this inconvenience, when we had to express a rather complex conceptual constellation concerning historical time, all in one breath and without gaps. But it was, still, an inconvenience: one that might encourage, or provide justification for, certain misunderstandings. It could be believed, for example, that potential coincided with the past, or became vested in a temporal aura, only because it became an object of memory within the memory of the present. As we will see, the exact opposite is the case: only because potential is, in itself, past, does it appear as an example of the mnestic phenomenon of the memory of the present. In order to avoid such ambiguities – if for no other reason – it now seems opportune to turn the order of our reasoning upside-down, such as to put it back on its feet.

First of all we should explicitly and systematically define the temporal dimension of potential (a faculty, language, etc.). As we have already mentioned, however, in defining its temporal dimension we are, in effect, significantly reformulating this concept itself. The second step consists of demonstrating how and why the past as potential (or – but it is the same thing – potential as past) represents that ‘originary time’ – the foundation of the habitual chronological sequence – which contemporary philosophy has instead identified with the future. Only at this point will we begin to confront the theme of historicity, now on a wider scale and on a different basis. What, in the last analysis, is a historical moment? What role do presence and non-actuality play in this, and how about concomitance and diachrony? Besides: is Heidegger’s view, that history is rooted in death, really plausible? The answer to these questions should prepare the terrain for our subsequent discussion on historical materialism: better, on the paths that we should beat in order to defend its corner and to fulfil its promise.

Let us repeat: what follows is a retreading, with a different scansion, of problems addressed in the first part of this book. It goes without saying that any authentic retreading involves the introduction of extra questions, new theses, and viewpoints that were hitherto ignored. But it is also true that these further developments, permitted by the changing register of our exposition, will fulfil their purpose only if they allow us to recognise things that were already there in the previous pages; only if they ultimately prove to be precisely and nothing other than a retreading of these problems – whatever the evidence to the contrary.