From the Black Stack to the Red Stack 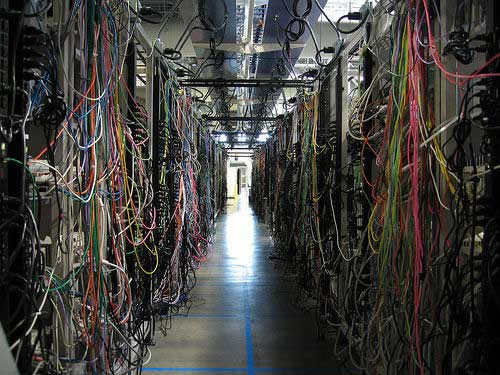 Thinking about planetary futures in the twenty-first century is neessarily to think about infrastructure. What are the material means of organzing the social labor of seven billion people? Some particularly provocative writing about this has been coming from Benjamin Bratton. As he writes in his essay 'The Black Stack', over at e-flux:

"My interest in the geopolitics of planetary-scale computation focuses less on issues of personal privacy and state surveillance than on how it distorts and deforms traditional Westphalian modes of political geography, jurisdiction, and sovereignty, and produces new territories in its image."


In short, what Bratton calls plantary computing "delaiminates" territories, such that strategic, economic or migratory geographies coincide less and less with state borders, but instead acquire quite specific and mappable geographies of their own, driven by the infrastructure of computing organized planet-wide. As Keller Easterling's book Extrastatecraft shows, that infrastructure supports the production of entire new cities outside of the old state-territorial system.

In an interesting rejoinder to Bratton, Tiziana Terranova asks some probing questions about what a Red Stack might look like. This would be to think planetary scale infrastructure -- she calls it bio hypermedia -- that is oriented towards organzing social labor for social needs, rather than using it to generate exchange value.

Here is a snippet from her text:
"Turning bio-hypermedia into components of the red stack (the mode of reappropriation of fixed capital in the age of the networked social) implies drawing together current experimentation with hardware (shenzei phone hacking technologies, makers movements etc) able to support a new breed of ‘imaginary apps’ (think for example about the apps devised by the artist collective Electronic Disturbance Theatre which allow migrants to bypass border controls or apps able to track the origin of commodities, their degrees of exploitation etc)."

The work she is refering to is Electronic Disturbance Theater 2.0's Transborder Immigrant Tool. Both Bratton and Terranova's pieces are speculative essays, the former based on proximity to design practices, the latter to activist movements around media. But I think they are useful pieces for thinking -- in a 'vulgar' manner -- about pressing issues for the age of the anthropocene. As Bratton put it to me once: "can this infrastructure be repurposed to build another, different one?"