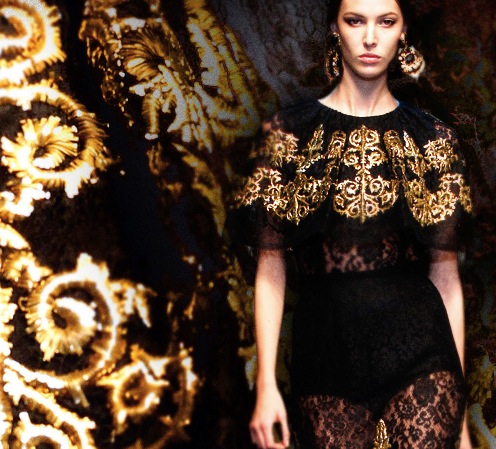 To celebrate the launch of Franco (Bifo) Berardi's new book Heroes, here is an extract in which he writes about the baroque ethos of post-bourgeois semiocapitalism:

Semiocapital and the Ethics of Baroque

Crime used to be a secret act. In the age of repression and industriousness, when the morality of the bourgeoisie was reigning, crime wanted to be secret. Law aimed at preventing crime, and it encouraged investigations of criminals in order to punish them.

This order of things has irrevocably changed in the last turn of time, especially since the advent of the semiocapitalist regime.

“The entire strategy of the system lies in this hyper-reality of floating values. It is the same for money and theory as for the unconscious. Value rules according to an ungraspable order: the generation of models, the indefinite chaining of simulation. Cybernetic operationality, the genetic code, the random order of mutations, the principle of uncertainty, and so on: all of these replace a determinist and objectivist science, a dialectical vision of history and consciousness.” (Baudrillard)

Baudrillard is talking of value in economic terms. In the post-Fordist transition, the relation between work-time and value is jeopardized, as immaterial production and cognitive work are difficult to properly gauge. But the random effect is not limited to the sphere of the economy, as it spreads both to the sphere of social relations and to that of ethics.

The current, generalized perception of widespread corruption is neither a superficial impression, nor the effect of a deterioration of the moral character of people. It is a systemic effect of the randomization of value. When value can no longer be determined by the precise relation to work-time, its determinant factors become deception, swindle, violence. Mafia ceases to be a marginal phenomenon of lawlessness, instead becoming the prevailing force of emerging capitalist economies like Russia and Mexico. At the same time, fraud is legalized and organized in the global financial market as a systemic feature.

As it becomes increasingly institutionalized, crime loses its secrecy and demands access to the spectacle. The visibility of crime becomes part of the effectiveness and persuasiveness of power. Competition is all about subduing, cheating, predating. Blaming the victims is part of the game: you are guilty of your inability to subdue, to cheat and to plunder, therefore you will be submitted to the blackmail of debt and to the tyranny of austerity.

Nazism already enacted spectacular crime as a means to secure absolute power, but the criminal acts conducted in the name of the ‘Final Solution’ were secretly organized and performed away from the public eye. Evil was proclaimed and simultaneously denied in the name of the superior values of family, homeland and God. On the contrary, reclaiming evil has become commonplace in today’s financial markets, as the old ethics of bourgeois Protestantism is progressively cancelled by the neobaroque, post-bourgeois ethics of the deterritorialized financial class.

The bourgeoisie was a strongly territorialized class, whose power was based on the property of physical assets, and on the fact of belonging to a stable community. Protestant ethics was based on the long-lasting relationship between the religious community and the labourers and consumers who shared the same place and the same destiny.

Nowadays, the bourgeoisie has disappeared. The financial deterritorialization is generating a post-bourgeois class, which has no relation to the territory and to community. It is a class that is not concerned with the future of any specific territorial community, because tomorrow it will move its business to a different part of the world. We might call it the ‘elsewhere class’, as it continuously displaces the stakes of its investment. But we may also call it a ‘virtual class’, for two reasons: because it is the class that gains profits from virtual activities, like net trading, and high tech immaterial production; and because it is the class that does not actually exist. Identifying those who are investing in the financial market is difficult, impossible, as everybody is obliged to depend on it.

In a sense, everybody is part of the class that is investing in the financial market. Including myself. As a teacher I am bound to wait for a pension, and I know that my pension will be paid if some investment funds will be profitable, therefore I am obliged to depend for my future revenue on the profitability of the financial market. The ‘elsewhere class’ has re-established the economic rationale of the rentier, as profit is no longer linked to the expansion of the existing wealth, but is linked to the mere possession of an invisible asset: money, or, more accurately, credit.

According to Thomas Stewart:

Money has dematerialized. Once upon a time officials of the Federal Reserve Bank of New York were loading gold bars onto trolleys and rolled them from one country’s basement to another. Today some 1.3 trillion in currency is traded every day, and never takes a tangible form.

Money has turned ethereal, volatile and electronic. Nothing more than an assemblage of ones and zeros that are piped through miles of wire, pumped over fiberoptic highways, bounced off satellites, and beamed from one microwave relay station to another. This new money is like a shadow. It has no tactile dimension, no heft or weight. Money is an image.

Although defeated and marginalized during the age of bourgeois progress and the rational organization of social life, the baroque has never disappeared.

Its spirit is based on the primacy of the spectacle, on the multiplication of possible interpretations, on randomness of value and of meaning, or the potency of arbitrary and violent will. Not surprisingly, Curzio Malaparte, a writer who took part in Italian Fascism before changing his position during the Second World War, in Europa vivente, published in 1925, speaks of Italian Fascism as a return of the baroque. Northern Europeans are wrong to think that modernity is only a Protestant business, says Malaparte. Fascism is the reclaiming of the modern soul of Southern Europeans, and the political spectacle of Mussolini is the resurgence of the baroque cult of inessentiality, decoration, excess: arbitrary power.

But arbitrariness is not only a defining feature of Fascism, it is also the quintessential character of the semiocapitalist form of accumulation. The power of the resurgent baroque is fully exposed by the transformation of the economy into semioproduction. When language, imagination, information and immaterial flows become the force of production and the general space of exchange, when property is deterritorialized and becomes immaterial, the baroque spirit becomes the all-encompassing form, both of the economy and of ethical discourse.