"New York Tarot": Alain Giffard reviews The Beach Beneath the Street and The Spectacle of Disintegration

The Beach Beneath the Street (new in paperback) and The Spectacle of Disintegration (Verso 2013) are McKenzie Wark's engagements with the history and thought of the Situationist International, tracing the group's development from the Bohemian Paris of the '50s to the explosive days of May '68. 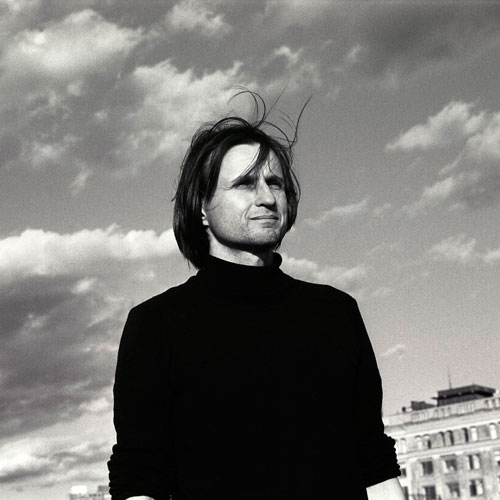 In a recent review for the French journal Les Obscurs, Alain Giffard examines McKenzie's Wark's vast body of work on the Situationist International and its relevance for critiques of contemporary life.

McKenzie Wark's A Hacker Manifesto was published in 2004, and two years later in French by criticalsecret. In this text, the Australian writer announced new ways of seeing in aesthetics and technology, the life of the spirit, history and political economy. Neither seeking nor finding universal approval, his experiment there was rather in describing a world development dominated by the conflict between what he calls the 'vectoral' and 'hacker' classes. As we see, this new way tends to make a strange language for that world, granted by the strangeness of the necessities of criticism.

A Hacker Manifesto was a détournement, or a hack, of Guy Debord's Society of the Spectacle, and so was a book of categories. French commentators on the book noted that Wark's language was characterized by a scarcity of proper names. There are many, however, in both books on the Situationists The Beach Beneath the Street and The Spectacle of Disintegration. Here are proper and improper names: the great figures of the movement but also forgotten personalities and contributors. Wark highlights the contribution of women, decenters history outside Paris, and distances it all from May 68.

Despite a chronological arrangement, he did not attempt to write a history of the SI, its formation, causes and influence. He is not the first to wonder what remains of the SI. Most commentators try to define what they believe endured or not in the Situationist legacy, but consider the legacy as such to be given. Wark resumes this prior task; there is no doubt that if there is to be a legacy, this inventory has now been here done correctly. The first book argues that the so-called artistic phase of the SI is richer and less easily recoverable than is usually believed, and also that the political thought in action of the situationists, however well known, still concerns us if we look beyond 68. The second book assumes that the defeat of 68 does not mark the end of the situationist project. The aim overall is to connect the theory and practice of situationist critique to today's everyday life, rather than philosophy or contemporary art.

We know that the Marseille tarot deck is used in fortune-telling. This tarot reading is based mainly on the twenty-two major arcana, dear to the surrealists. Breton, although he was nicknamed the Pope, liked the Star, the Arcane 17. Debord preferred the mystery of the Juggler card. This practice of tarot reading should appeal to Wark, who is also the author of Gamer Theory. We imagine him playing and with the figures, and then turning to his readers with a kind of delight, before interpreting them. In the first book there are the figures of Chtcheglov, Wolman, Jorn, Gallizio, Bernstein, Lefebvre, De Jong Trocchi, Constant, and Vienet. In the second book: TJ Clark, Vaneigem, Vienet, Sanguinetti, Debord with Barraqué, with Cornand, and then Alice Debord. The commentary on each figure forms a sort of treatise, a separate study to recall the singular contribution of each situationist, often underestimated, sometimes even forgotten.

The most convincing example is perhaps that of Asger Jorn, not that the role of Jorn, famous for his painting, is ignored in the references to the SI: Debord has also regularly reiterated this, right up to his final film. But Jorn usually appears in the guise of the great artist. Wark literally discovers in The Beach Beneath the Street a theorist-Jorn in the shape of his Critique of Political Economy. Jorn rethinks political economy as 'aesthetic economy', a kind of anticipation of the work of TJ Clark. Wark has also integrated this concept to its own lexicon in another book, Telesthesia.

Politics is ruined by submission to the economy; it simply ceased to exist. In the last chapter of The Spectacle of Disintegration, Wark suggests turning from politics to strategy: "In the realm of strategy one finds in a more general form principles to be discovered via the practice of applied art and writing...Professional life in the disintegrating spectacle is built on the separation of the two into distinct orders of discipline: the creative and the technical. Both are relieved of responsibility for action: the first by appeals to romantic authority; the second by resignation to objective functions. Strategy takes as its domain what lies between."

Translated from the French by McKenzie Wark.

The Beach Beneath the Street is available new in paperback here.