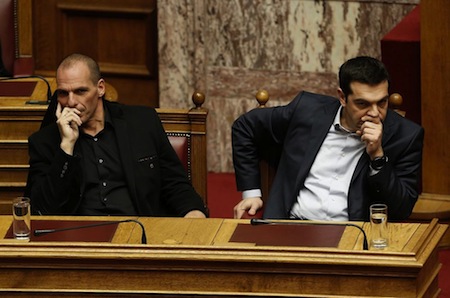 From 1983 to 1988 as an economics and then philosophy undergrad, I was active in the French Communist Party (PCF) in Paris and in the Union of Communist Students (UEC) at the university of Nanterre. The PCF was in government at the time, before it left after the disastrous May 1984 European election results, which opened up a grave (and also very interesting) crisis in the Party (with the famous “Poperen report” and the fallout of that).

At the start of 1984 I presented PCF general secretary Georges Marchais’s report to my Party cell – he explained that “the gains from this administration were superior to those of the Popular Front and the post-Liberation government combined”. In my cell in Paris there was a good climate of discussion, and you could say what you thought. But there was none of that in the UEC. The slightest criticism of the government would provoke aggressive reactions. I had tried to demonstrate – with figures to hand and using concrete examples taken from my UNEF-SE [PCF dominated student union] experience – that the government was actually continuing its predecessors’ policy of withdrawing the state from its past commitments (in particular from the CROUS [a system of student lodging, canteens and bursaries]), that the spending per student was continuing to fall, etc. And I was silenced.

Only a few months later the “party line” totally changed. Now we had to use everything at hand and organise “actions”. The CGT union gave the example with its “commando actions”, like at the Ivry SKF factory.   This was never a matter of giving an impulse to real mobilisations, but rather of using the activists of the UEC, the CGT and the Party itself to produce the image of opposition and make people forget the bitter pills they’d had to swallow during the PCF’s participation in government. So we had to do the same at Nanterre and heckle some minister or government official – I can’t really remember – who came to visit the faculty. I was opposed to this action, which was completely at odds with the mood among the students and could only isolate us further (I’ll skip discussing the hysterical anti-communist atmosphere of the time, with its duplicate in the activist micro-climate of Nanterre under the thumb of the Lambertists). As usual, the defenders of the Party line “enlightened” me… What struck me, nonetheless, was the aplomb with which the same people who had previously not tolerated the slightest criticism of the Mauroy government now treated me as an “accomplice of the Socialist Party”. People, what’s more, who claimed that they had been right all along.

Why am I telling these tired old yarns now? Because I am now involved in a party that is not only part of the government, but its mainstay – in Greece, of course. And I am no less struck by the fact that some of those who could not accept my criticisms of the “line” a few months ago, when I said (together with all the other Left Platform comrades) that it was totally illusory to think that the Europeans would kindly agree to renegotiate the debt and allow us to implement our programme within the framework of the euro, now say “stop complaining, we can’t do anything else, the balance of forces is against us, ‘people’ agree with what we’re doing, etc.” And of course they think that they were right all along.

For certain, Syriza is not in any sense the PCF of the Marchais era: you can say what you think, and there are internal tendencies and an internal discussion which also transpires in the public sphere. But my fear is that a poisoned atmosphere is starting to emerge. And seeing the remarkable invariance of bureaucratic rationality and its autistic character is also a bitter experience. Left to itself, as it was in the case of the French party, it can only lead to self-destruction and an immense waste of forces and hopes.