Keeping the faith: Bensaïd's An Impatient Life reviewed in the Times Literary Supplement

For Sudhir Hazareesingh, Daniel Bensaïd's An Impatient Life represents both a lucid overview of the French intellectual and political scene since the 1960s, and a tribute to the qualities that defined Bensaïd throughout his life: "an unflinching internationalism; a sensual libertarianism ... and a quasi-mystical faith in the redemptive potential of revolutionary action." This review was originally published in the Times Literary Supplement (20 May 2015). 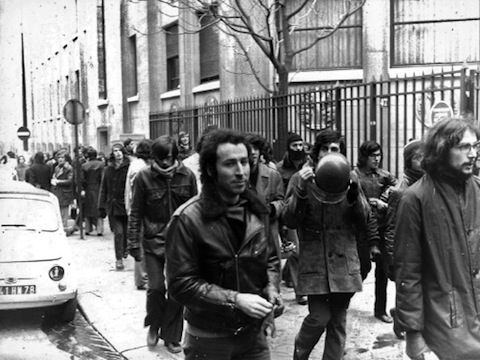 Daniel Bensaïd, who died of cancer in 2010 at the age of sixty-four, was one of the founders of the extreme-left Ligue Communiste, a major figure in the leadership of the Trotskyist Fourth International, and a leading Marxist public intellectual in France. His memoirs present a robust defence of his ideal of political radicalism, inspired by Marx, Lenin and Trotsky, and a lively and often entertaining account of his experiences as a revolutionary activist in France, other parts of Europe, and Latin America. An Impatient Life also offers a lucid – if somewhat melancholic – commentary on mainstream progressive politics, and more generally on the evolution of French intellectual life between the late 1960s and the early twenty-first century. At the same time, this is a rich and poetic work, delicate and graceful in its literary allusions, and laden with citations from the author’s favourite writers, including Heine, Proust, Paul Valéry, Charles Péguy and André Breton.

Bensaïd imbibed the culture of the Left from a young age: his maternal grandfather Hippolyte supported the Paris Commune, and his uncle Alfred fought in the First World War and joined the French Communist Party (PCF) in 1920. His mother (also a Communist) introduced him to the novels of Hugo, Zola, Jules Vallès and Louis Aragon, and sent the young Daniel on summer youth camps run by the Communist trade union, the CGT. Bensaïd’s parents owned the Bar des Amis, a bistro in a working-class district of Toulouse where members of the local PCF cell, Spanish republican refugees, Portuguese migrant workers and Italian anti-fascists gathered to chew the fat and savour the illegally brewed pastis (“good for trade, though not for health”). Republican and revolutionary anniversaries were punctiliously, and unquestioningly, observed: Bensaïd’s mother did not speak to a family member for ten years after he dared challenge the wisdom of the Convention’s execution of Louis XVI and Marie Antoinette in January 1793. Bensaïd provides colourful vignettes of radical student politics in Paris in the mid- and late 1960s, notably his expulsion (for “deviationism”) from the PCF’s student organization, the Union des Étudiants Communistes; the arrival of “truckloads” of copies of Mao’s Little Red Book at the École Normale at Saint-Cloud in late 1966; and his peregrinations during the riots of May1968, when he found refuge in Marguerite Duras’s apartment in Saint-Germain-des-Prés. The early years of the Ligue Communiste are likewise breezily narrated. For a while it was banned by the Gaullist authorities; its members took to clandestine life with gusto, sporting large moustaches and beards, and dyeing their hair with henna. In 1972 they infiltrated a reception organized by the American embassy in honour of Richard Nixon’s re-election; the evening ended in a “slapstick brawl worthy of a Marx brothers film”.

On the more serious Marxist front, however, things turned out less festively for Bensaïd and his comrades. Attempts to promote the Fourth International’s cause in France and Latin America met with repeated setbacks: the Ligue’s electoral support remained vanishingly small, and its newspaper, Rouge, went bankrupt in 1979, despite financial support from prestigious figures such as Jean-Paul Sartre; former aficionados such as Lionel Jospin (who belonged to the shadowy Lambertist group, a rival and detested Trotskyist faction) joined the more moderate Socialists and helped the triumph of “neoliberal reaction” under François Mitterrand; revolutionary militants in Argentina were murdered by the military junta, while Lula’s Workers Party orchestrated Brazil’s “inglorious capitulation” to the IMF. Intellectual trends were equally dismal, as Michel Foucault promulgated the death of Marxism, parochial forms of tribalism replaced the old politics of class and revolution among European progressives, and French thought languidly succumbed to the sirens of postmodernism. Not that the Trotskyists could plausibly claim any superior connection with social reality. Like many other members of his “spoiled” post-war generation, which missed out on the real action, Bensaïd found his imagination was haunted by the ghosts of past heroic struggles, particularly the Russian Revolution, the Spanish Civil War and the French Resistance. Trotskyism was also crippled by its lack of support among workers (euphemistically acknowledged as a “sociological disequilibirum”). The perverse consequences of this historical fetishism and social disconnection became more accentuated in the late twentieth century, climaxing in the Fourth International leader Ernest Mandel’s proclamation to a perplexed crowd at the Mutualité in 1990 that the fall of Communism in East Germany would be the prelude to a Soviet-style workers’ revolution.

Unwittingly, and especially in his more polemical outbursts, Bensaïd shines a light on the frustratingly irresponsible and self-defeating character of Trotskyist politics: its dogmatism and sectarian elitism, its fondness for secrecy, and its careless dismissal of the imperatives of centralization and hierarchy in revolutionary movements (hence Lenin’s cruel but judicious portrayal of left-wing communism as an “infantile disorder”). And for all Bensaïd’s eloquent denunciation of the misdeeds of Stalinism, and its “bureaucratic degeneration” in France, it was the PCF which succeeded in giving a sense of collective dignity to French workers, championing their cause through trade unions, and integrating them into society through their vast networks of cultural and civic associations. The Trotskyist extreme Left had nothing even remotely comparable to offer in terms of historic achievement. Yet there is something undeniably noble in Bensaïd’s rage against the decadence of his times, and his refusal to accept historical injustice and capitalist exploitation. This steadfast spirit shines through in his rejection of Zionism and his denunciation of Israeli settler colonialism, as well as his eloquent support for the rights of Palestinians – a stance all the more admirable in that Bensaïd’s father was Jewish, and was interned at Drancy by the Vichy regime; his uncles Jules and René and his cousins Reine and Roger were deported and murdered in the Nazi death camps. And so, in an age in which the horizons of progressive politics have both narrowed and dimmed, An Impatient Life stands as a tribute to the values Bensaïd championed resolutely throughout his life: an unflinching internationalism; a sensual libertarianism, which embraces the aesthetic pleasures of life, in the spirit of Charles Fourier; and a quasi-mystical faith in the redemptive potential of revolutionary action, as with Auguste Blanqui’s belief in the “messianic eruption of the possible”. 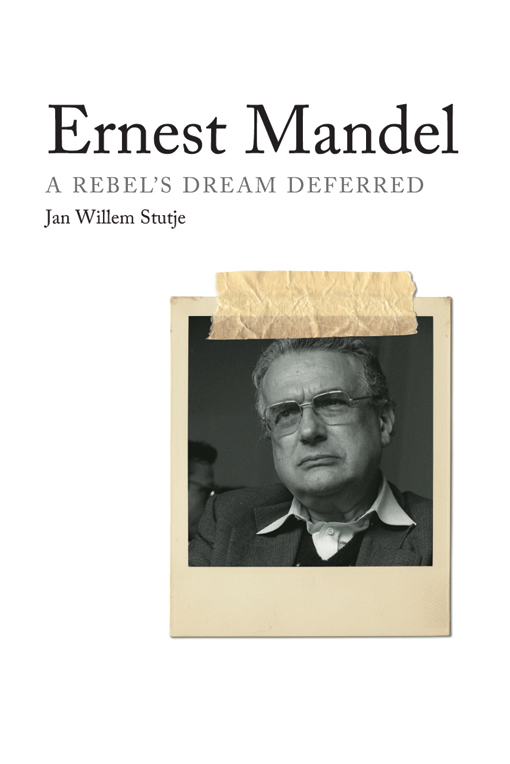 Trotsky as Alternative
by Ernest Mandel