40% off EVERYTHING!
about 1 month left
Haneen Adi
comments

In an op-ed piece originally published in The New York Times, Ross Perlin, author of Intern Nation: How to Earn Nothing and Learn Little in the Brave New Economy explains the recent evisceration of the six-factor checklist by a three-judge panel of the United States Court of Appeals for the Second Circuit. The checklist was a sixty-eight year old Supreme Court decision used to determine the legality of an internship. 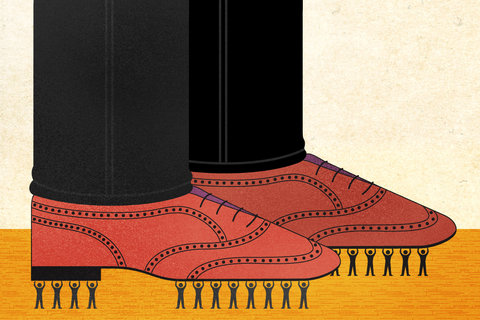 JULY is to internships what March is to college basketball. Tens of thousands of interns have descended on New York, Washington, Los Angeles and other internship capitals with the hope of showing off the talent needed to land a job — and in some fields, one’s chances are about as high as getting picked in the N.B.A. draft.

In the last few years, interns have been organizing against an exploitative system in which colleges encourage or even require students to join in a race to the bottom, working for free under the guise of training and recruitment. Lawsuits — more than 30 filed, and counting — have been a vital strategy for interns asserting their right to at least minimum wage. The most high-profile suit was brought by Eric Glatt and Alexander Footman, who as unpaid interns for Fox Searchlight Pictures did work like drawing up purchase orders and making spreadsheets for the movie “Black Swan,” which went on to make over $300 million.

Two years ago, a federal judge in Manhattan ruled in their favor, and it seemed to signal the beginning of the end of the unpaid internship. Some colleges and employers began privately voicing their unease about a “pay to play” system that drives entry-level jobs to the brink of extinction and excludes those unable to work for free.

Since a 1947 Supreme Court decision, the United States Department of Labor has used a six-factor checklist to determine whether an internship is legal. The internship must be similar to the training that would be given in an educational environment; it must be done for the intern’s benefit; it can’t displace regular employees; it can’t provide “immediate advantage” to the employer; and the intern must understand that no wages are being received and that no job is waiting at the end of the internship.

The judge, William H. Pauley III, found that Fox Searchlight had failed to meet this test. Sadly, on Thursday, a three-judge panel of the United States Court of Appeals for the Second Circuit eviscerated the six-factor checklistand replaced it with, in essence, a new legal theory of what internships are all about.

The appeals judges found, among other things, that an internship can be legal even if it doesn’t meet the traditional six-prong test, especially if it is tied to the receipt of school credit and helps the student fulfill academic commitments.

Even worse, the judges declared that “the proper question is whether the intern or the employer is the primary beneficiary of the relationship.” They ignored the legal standard and ethical principle that work merits pay.

The judges stressed that internships may be legal merely because they are supposedly being overseen by the interns’ schools. But these very same institutions have been complicit in the internship boom by ignoring abuses, requiring internships for graduation and charging students for academic credit when they go off campus to do unpaid work.

The “primary beneficiary” approach leads to the atomizing result that interns cannot unite to protect themselves. The judges write that “the question of an intern’s employment status is a highly individualized inquiry,” ignoring the low or nonexistent pay and shabby work conditions common to interns in many offices and industries. Thursday’s ruling all but destroys the basis for collective action through class-action lawsuits.

At oral arguments in January — I had filed an amicus brief on behalf of the plaintiffs — it was evident that the three judges had no firsthand experience of what they call “the modern internship.” Focusing on “what the intern receives in exchange for his work,” the judges completely ignore the significant benefits that employers derive from their interns.

Yes, the best internships pay a living wage, teach real skills and can lead to permanent jobs, but the majority do none of the above. Without pay, interns lack the most basic workplace protections.

The new ruling makes it all the more imperative that states follow the recent lead of Oregon, Connecticut and New York, which have passed laws extending to interns safeguards from workplace discrimination and harassment. Legislation on intern pay should be next on the agenda. Organizing efforts on college campuses and in workplaces should intensify — the legal route alone is insufficient.

For the “Black Swan” interns, the battle is far from over. The next step may be to go before the Second Circuit en banc (all of the court’s judges, not just a three-judge panel) or eventually even before the Supreme Court, which has not delivered a major ruling relevant to interns since 1947. Despite its liberal recent term, this Supreme Court has been characterized by deference toward corporations and hostility toward workers. Still, surprises are possible. The careers of millions of young people may hang on the result.

-This piece was originally published in The New York Times.