Letters: Corbyn is the obvious choice for Labour

Yesterday, letters published in the Independent called for Labour party members to vote for Jeremy Corbyn come September. Corbyn's want to renationalize public services, his anti-austerity stance and welfare reform policies have sparked national debate and as the Labour party race continues his support from the left goes from strength to strength... 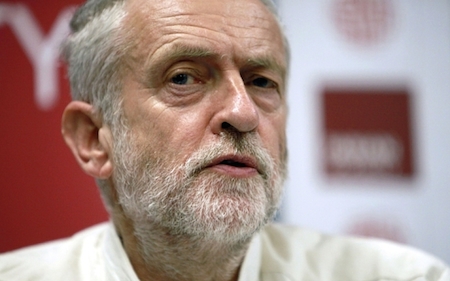 (The below was published in the Independent on 4th August 2015)

We are trade unionists and anti-poverty and justice campaigners. Over the past 32 years, we have lobbied, marched and picketed alongside Jeremy Corbyn MP. Jeremy’s dedication to peace and social justice has won our respect, as has his personal integrity and commitment to socialist values.

Corbyn’s decision to stand for Labour leader could not be more timely. It has helped to inspire a national debate within the trade unions and among Labour voters about how best to oppose the unprecedented austerity measures and £12bn cuts to welfare promised by the Conservatives.

Corbyn’s candidacy has ensured that a powerful voice in defence of public services is heard in the Labour leadership campaign. He has rejected the failed politics of Blairism and resisted the drift to the right following the general election. He opposes the Ukip-lite calls for greater controls on immigration, and has defended free movement of labour.

Whether putting the case for Labour to adopt socialist politics in leadership hustings, addressing a rally of hundreds of thousands against austerity in London, or speaking on picket lines opposing privatisation, Corbyn represents the only candidate able to galvanise the popular struggle against the government and translate this into a Labour majority at the next election.

We urge all those who like us support Jeremy Corbyn for Labour leader to pay £3 to join Labour as supporters, or sign up as members or affiliated supporters.

The idea that Labour MPs would not serve under Jeremy Corbyn is ludicrous. They have been elected to serve in Parliament to uphold democracy – how could they do this by defying a democratically elected leader?

Some may serve reluctantly, but what’s new? One major skill of the MP is the art of self preservation – so far more likely than a coup against Corbyn is that vast numbers will become Marxists overnight.
Paul Donovan
London E11

Should Jeremy Corbyn become the new leader of the Labour Party, and George Osborne of the Conservatives, we will be back to old politics. That is, left-wing old Labour and right-wing old Conservatives. That would leave a massive centre-ground gap, where I suggest all those from those two parties who have no wish to be extremists join the Liberals. The Liberal Democrats have more than 60,000 members and an early goal is to increase that to 100,000.
Richard Grant
Ringwood, Hampshire

Chris Leslie is a great advertisement for Jeremy Corbyn as he illustrates exactly why people have lost confidence in Labour: he looks and sounds exactly like a Tory.
Mora McIntyre
Hove, West Sussex

In the run-up to the election for Labour leader, it has been interesting to see the other candidates going out all guns blazing against current frontrunner Jeremy Corbyn. Especially noteworthy is their assertion that if he were elected, they would not agree to serve in his cabinet. This is shortsighted and petty. As a lifelong Conservative I am certainly not a party toady and often disagree with some of the policies implemented, but I take the view that I am better placed to influence decisions that are made by being inside the party than outside it.
Linda Piggott-Vijeh
Chard, Somerset