As part of our week dedicated to Graphic Novels, here we bring you Joe Sacco's take on the war in Iraq. Originally published in 2007 in War With No End, a collection of writers and activists responding to the ongoing War on Terror, in the strip Sacco puts his incisive reporting to the task of representing the US army's attempt to train a motley bunch of Iraqi volunteers. 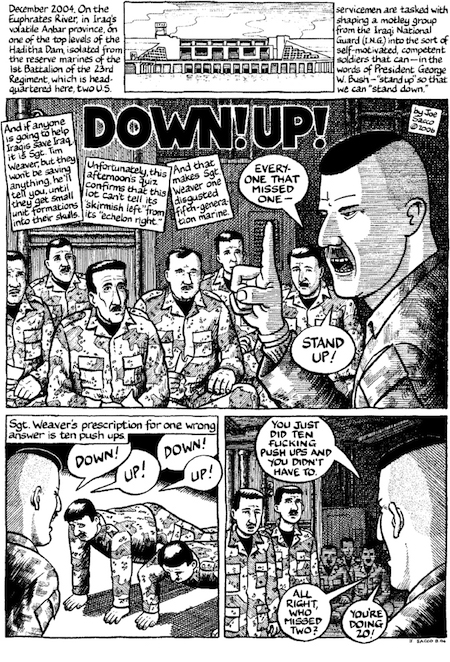 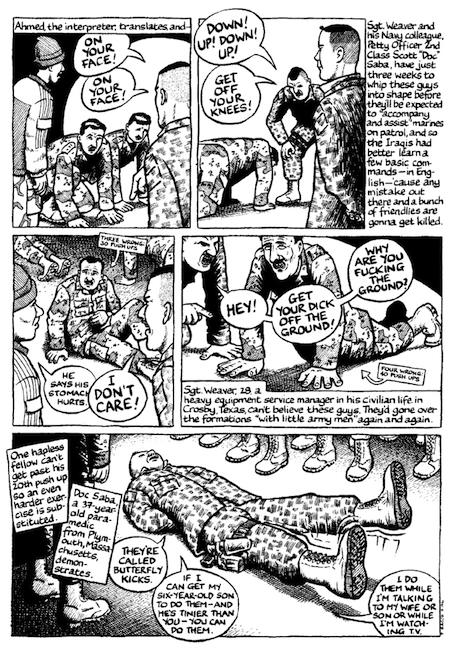 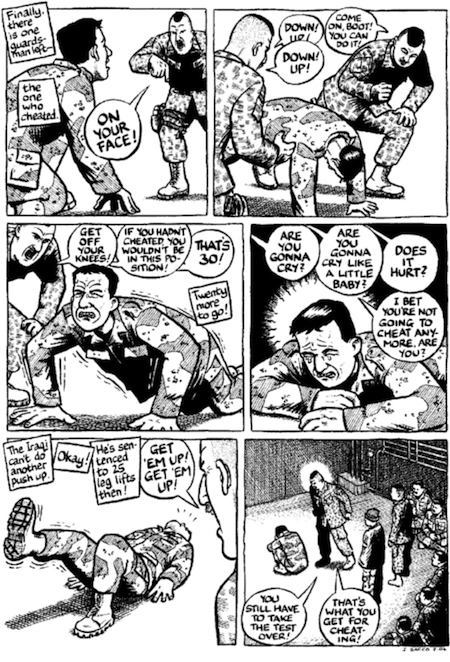 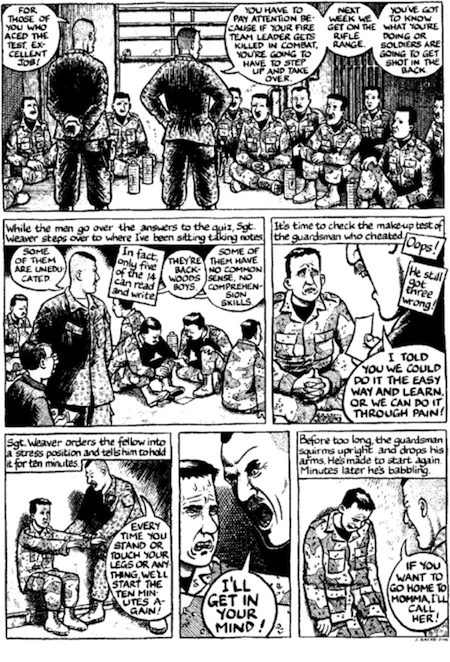 Joe Sacco's Down! Up! was originally published in War With No End, published by Verso in 2007. To view the comic in full, visit Verso's tumblr page.

For this week only all of Verso's Graphic Novels are 50% off. To view the full list visit here.