David Roediger, Foundation Distinguished Professor of American Studies/History at the University of Kansas received the 2015 Byron Caldwell Smith Book Award for his radical new history of Emancipation, Seizing Freedom: Slave Emancipation and Liberty for All. 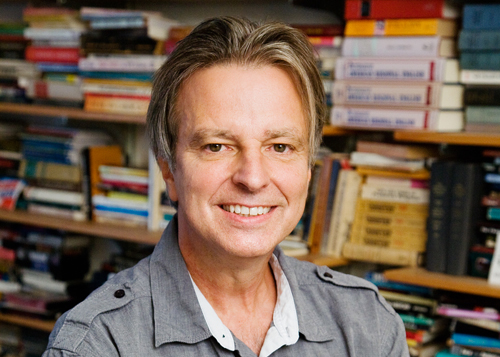 From the Hall Center for Humanities:

Roediger's radical new history redefines the idea of freedom after the jubilee, using fresh sources and texts to build on the leading historical accounts of Emancipation and Reconstruction. Reinstating ex-slaves' own "freedom dreams" in constructing these histories, Roediger creates a masterful account of the emancipation and its ramifications on a whole host of day-to-day concerns for Whites and Blacks alike, such as property relations, gender roles, and labor. Committee members recognized the importance of Seizing Freedom, considering it a "work of superb scholarship, and a significant contribution to the humanities writ large."

Roediger will receive his award and deliver a public talk at the University of Kansas's Hall Center for Humanities on Thursday, September 10. The event is free and open to the public and a reception and book signing will take place.

For more on David Roediger and Seizing Freedom:
"Douglass knew that slaves could be counted on to show up as opportunities for freedom arose": read an excerpt from Seizing Freedom here.

Read David Roediger's contribution to the Verso Blog, "Michael Brown and Eric Garner Together: What the Defenders of Police Violence Defend," here.