Juliet Jacques' Trans: A Memoir excerpted: Read her interview with Sheila Heti, an account of finding acceptance in Brighton, and representing trans lives on screen

Juliet Jacques' Trans: A Memoir has recently been extracted in The Observer, Vice and on the ICA blog. Trans, which has just been published, is a bildungsroman looking at Jacques' life to the present moment: a story of growing up, of defining yourself, and of the rapidly changing world of gender politics. 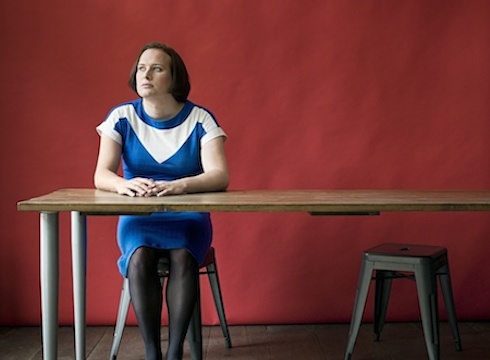 The Observer focuses on 2004, after Juliet's graduation from university at the age of 22:

A letter dropped into our family home, informing me that the Arts and Humanities Research Board would not pay the tuition fees for my masters or provide a living allowance. I’d made plans to become an academic, but that prospect was now looking bleak. Phil – one of my closest friends from childhood who was going to do a masters in international relations – had found us a flat near the seafront. But moving in that September, I soon realised I’d have to study part time and find a job – quickly. Leaving full-time education meant adult responsibilities: for my 22nd birthday, I got £20 from my grandmother and a £1,000 council tax bill.

Unlike Manchester [University, where I did a BA in history], the University of Sussex had a film library and queer studies centre. I went to my first seminars in a pink shirt and makeup, replacing my overcoat with a brown fake-fur-lined women’s jacket from Oxfam. My new course mates were the people I’d hoped to meet as an undergraduate: Jimmy liked Werner Herzog movies as much as I did and was usually up for a trip to the Duke of York’s or the Cinematheque. Max, a Tottenham fan, would come with me to watch football matches in pubs.

Jennie introduced me to avant-garde writers such as the early-20th-century feminist and futurist poet Mina Loy. Alice, who wrote papers on arty French erotic films and who always looked great in her neon-pink coat and her beaded polka-dot tops, said she liked to go to what we called “gay clubs” around Brighton, but which were being rebranded as lesbian, gay, bisexual and transgender (LGBT) venues. The inclusion of the “transgender” made me feel I could go to these places as Juliet. Phil didn’t care what I wore, laughing just about how I’d spend my money on dresses when my men’s clothes were falling apart. I became relaxed at home – I knew I could wear what I liked without feeling judged – and soon I became confident in going out.

Visit the Observer to read the extract in full.

Vice excerpted epilogue: an interview by Sheila Heti with Jacques about writing, identity, representation and the liberal media, feminism and transphobia:

Sheila Heti: Why did you want to end the book with a conversation?

Juliet Jacques: I wanted to cover what happened after my final Gender Identity Clinic appointment in April 2013. And as so much of what has happened since then has had to do with my relationship to the media, I thought the format of this epilogue should be a magazine-style interview. Also, I wanted to explicitly mention a problem I had with the media – transition being portrayed like a mythical hero's journey. To me it didn't feel like that, rather a bunch of hoops to jump through while working in boring jobs.

After I finished the Guardian series, I felt so burnt out. I scaled back my social life and Internet presence, and my feelings about the transition changed. I became so angry about how long the Real Life Experience took, and how difficult it was. Writing this book, I arrived at a more nostalgic attitude about certain aspects of my life, particularly my pretransitional explorations of gender.

The narrative concludes on a deliberately flat note. People might have expected me to leave the clinic and jump in the air, and a film might have finished by freezing on that moment, but life just went on. What else could have happened, apart from me going back to the office and thinking: what now? It really was that anticlimactic. But while the transition had to close there, the book didn't. I thought this might be a way of showing that life didn't end at that point.

Visit Vice to read the extract in full.

Lastly, the ICA blog's excerpt is the 'Home Movies' section, in which Jacques recollects her encounters with trans identities on screen from her school years under Section 28:

I hadn’t known about it at the time, but in 1988, when I was seven, Margaret Thatcher’s Conservative government passed Section 28, which banned the ‘promotion’ of homosexuality in schools. This law virtually silenced any positive discussion of sexuality or gender in British classrooms, and meant we only had one hour on sexual diversity at Oakwood, delivered in Religious Education, weeks before our final exams.

Our teacher announced that we were going to watch a video. ‘It’s about two boys who … well, I think it’s just a phase, but … well … they’re … umm … they’re homosexual.’ He rushed the crucial word under his breath.

Bill, who’d been made to sit at the front, raised his hand.
‘Sir …’
‘Yes?’
‘What’s a homosexual?’
The teacher went red. ‘Watch the film,’ he told us, hoping to avoid any follow-up questions.

In the film, two young male students quiver through a lesson in which they are told that ‘one in ten people is homosexual.’ Another pupil stands and shouts, ‘That means there’s two in here! Is it you?’ He points at the two young men. I rolled my eyes as Richard did the same in our classroom, and laughed wearily as the two boys in the video, probably filmed in the early 1970s, ran away to go camping together.

I’d never dared talk to anyone about my gender identity, or my sexuality. At school, I got told that I sat ‘like a queer’ just for crossing my legs, so I felt that being open about who I was would end badly. There was nothing to help me in Horley Library either, so everything I learned about the subjects came from films and TV programmes – the ones I’d chosen to see by myself.

Vist the ICA blog to read the extract in full.

Juliet Jacques will be in conversation with Sophie Mayer at the ICA, discussing Trans, film and art.

Ahead of their event, Sophie Mayer's 'Beyond Stonewall: Screening Trans* Lives, Seeing Trans* Histories' provides a guide through film that re-envisions queer and gender-nonconforming people into history, upturning the selective narrative of Roland Emmerich's new Stonewall film, released at the same time as Trans.
Tagged
trans