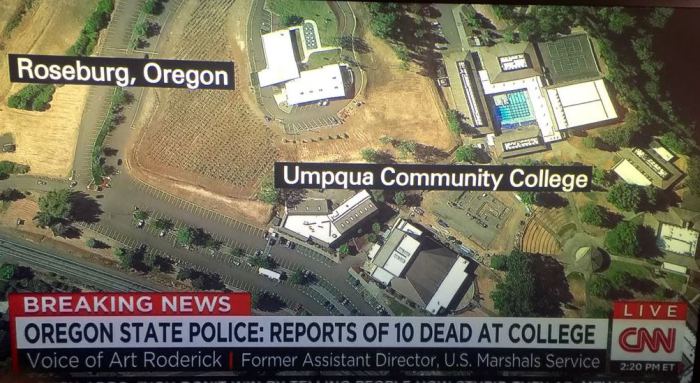 On 1st October, Christopher Harper Mercer opened fire in Umpqua Community College, killing nine people.  Such apparently 'random' massacres have become tragically routine in the contemporary United States - indeed, more US Americans have apparently died from domestic gun crime since 1968 than in all the wars in the country's history.

To some extent, explanations for such mass killings may always remain beyond our understanding. But, as has been widely noted, the shooters often feel isolated, powerless and alienated from modern society - characteristics which, disturbingly, apply to large numbers of people.

Below is an extract from Franco 'Bifo' Berardi's Heroes, a work which explores the relationship between capitalism and mental health through phenomena such as the suicide epidemic in Japan and South Korea, 'austerity suicides' in Europe, and gun massacres in the United States.

In the following chapter, Berardi criticises the "more guns, less crime" fallacy propagated by gun lobbies, as well as contextualising the United States' unique reverance for firearms within the founding period of the nation itself - in particular, the Puritanism and genocide of indigenous peoples by which the latter was acheived.

The extract opens with the reaction of police and pro-gun lobbyists to the 2012 Aurora Shooting, in which James Holmes opened fire on a packed movie theatre, killing 12 people and injuring 70 others.

Dan Oates, the chief of police in Aurora, reported:

Holmes purchased four guns at local gun shops and through the internet he purchased over 6,000 rounds of ammunition, more than 3,000 rounds of 0.223 ammu- nition for the assault rifle, 3,000 rounds of 0.40 caliber ammunition for the two Glocks in his possession, and 300 rounds for the 12 gauge shotgun. Also through the internet he purchased multiple magazines for the 0.223 caliber assault rifle including one 100-round drum magazine which was recovered from the scene. Even if it was semi-automatic I’m told by experts that with that drum magazine he could have got off 50 to 60 rounds within a minute. As far as we know it was a pretty rapid pace of fire in the theatre.

Holmes’s apartment was also booby-trapped with an array of sophisticated material.

Would anti-gun advocates feel better if instead of using an ‘assault weapon’ Holmes used explosives to blow up the entirely sold out 16 theaters and leveled the build- ing? How about if he swung two machetes at his helpless victims? The bottom line is that it really doesn’t matter what weapons are used when the perpetrator is hell-bent on killing as many people as physically possible. Somehow, evil people like Holmes will find a way.

According to John Lott, author of the book More Guns Less Crime, laws which allow citizens to carry concealed weapons steadily reduce violent crime, because criminals are deterred by the risk of attacking an armed victim. A large part of the American population seems to believe that carrying guns in public spaces allows them to better protect their life and – more importantly – their property.

Yet the two countries with the highest number of instances of mass murder are the United States and Finland. The United States is number one in the world in gun ownership, with eighty-eight weapons for every hundred citizens, children included. Finland ranks eighth, with thirty-two guns for every hundred citizens. In between, we find countries like Serbia, Iraq and Yemen, where mass murders are commonplace, for ethnic, religious or political reasons.

The website of Gun Owners of America (the only no-compromise gun lobby in Washington) proclaims:

Guns save more lives than they take; prevent more inju- ries than they inflict. Law-abiding citizens use guns to defend themselves against criminals as many as 2.5 million times every year – or about 6,850 times a day. This means that each year, firearms are used more than 80 times more often to protect the lives of honest citi- zens than to take lives. Of the 2.5 million times citizens use their guns to defend themselves every year, the over- whelming majority merely brandish their gun or fire a warning shot to scare off their attackers. Less than 8% of the time, a citizen will kill or wound his/her attacker. As many as 200,000 women use a gun every year to defend themselves against sexual abuse. Armed citizens kill more crooks than do the police. Citizens shoot and kill at least twice as many criminals as police do every year (1,527 to 606).[1]

We should not forget that American identity has been forged by the extermination of native people who inhab- ited the territory before the arrival of the Puritans from Europe.

What is meant by the term ‘Puritan’? Pure is under- stood to mean that only that which corresponds to the word of God deserves to live. The colonization of South America by the ‘impure’ Catholics of Spain was fero- cious, as colonization always is. But the impure Catholics came to terms with the mythologies and ways of life of

the native Indians, and something survived of the pre- Columbian civilizations of Central and South America. Today, a resurgence of the Indian culture is underway, and leaders like Evo Morales, a descendant of indigenous people, can emerge.

But the Puritan killers, intolerant of any perceived ‘impurity’, erased any trace or seed of the native culture and population, in the most comprehensive genocide of human history. This is the cradle of the United States of America.

On 28 September 2012, 7.23 a.m., a man shot and killed a masked intruder apparently trying to break into his sister’s home in New Fairfield, Connecticut, only to discover the suspected burglar was his own fifteen-year- old son, Tyler Giuliano. Police say the sister, who was home alone, called her brother, Tyler’s father, who lived next door. The man rushed from his home with a loaded gun and opened fire on the masked individual, who confronted him with what appeared to be a weapon in his hand, according to police.

It was not clear why the teenager was lurking outside his aunt’s home at around 1 a.m. dressed in black and wearing a ski mask. Town Selectman John Hodge said Giuliano told the police that the masked person had lunged at him. Only after the ski mask was removed did the elder Giuliano, a local schoolteacher, realize he had shot his own son.

Both Jeffrey Giuliano and his son, a tenth grader at New Fairfield High School, seemed happy and were popular. A neighbour, Lydia Gibbs, said she heard nine shots fired and thought it was fireworks.

‘The whole thing is just something out of a Hollywood script’, Hodge said.

On 14 December 2012, a twenty-year-old man, Adam Lanza, committed one of the most appalling crimes in American history: after shooting and killing his own mother, he drove to the Sandy Hook Elementary School and killed six adult staff members and twenty children. When the police arrived the young killer shot himself in the head. This was the second deadliest mass shooting by a single person in American history, after the 2007 Virginia Tech massacre, and the second deadliest mass murder at an American elementary school, after the 1927 Bath School bombings in Michigan.

The shooting prompted renewed debate about gun control in the United States, and a proposal for new legislation banning the sale and manufacture of certain types of semi-automatic firearms and magazines with more than ten rounds of ammunition. But the debate and the widespread indignation resulted in nothing, when the amendment that would have expanded background checks for gun purchases was defeated in the Senate by a Republican filibuster. Despite hopes that the national outrage following the school shooting would force Washington to act, the limited compromise amendment received fifty-four votes in favour, winning the majority but falling short of the sixty votes needed to override a Republican filibuster.

After the vote, a furious Barack Obama delivered a stinging rebuke to the senators (almost all Republicans) who blocked the proposals, and to the National Rifle Association, which had funded those Congressmen.

‘This is a pretty shameful day for Washington’, he said. As on many other occasions during his two-term presidency, Obama exemplified the impotence of politics, a sort of living negation of his winning motto, ‘Yes we can’.

Heroes is available directly from the Verso website, with a 30% discount, bundled ebook and free shipping.