Higher Education for Bernie Sanders is an initiative undertaken in support of the Bernie Sanders presidential campaign's proposal for free public higher education. A volunteer effort, it's neither funded nor directed by the Sanders for President campaign. It is a vehicle for indicating support for the proposal and the larger commitment to higher education it reflects, as well as for the principle of public goods in general.

The proposal has been signed by Cornel West, Frances Fox Piven, Nancy Fraser, Wendy Brown, and many other friends of Verso. 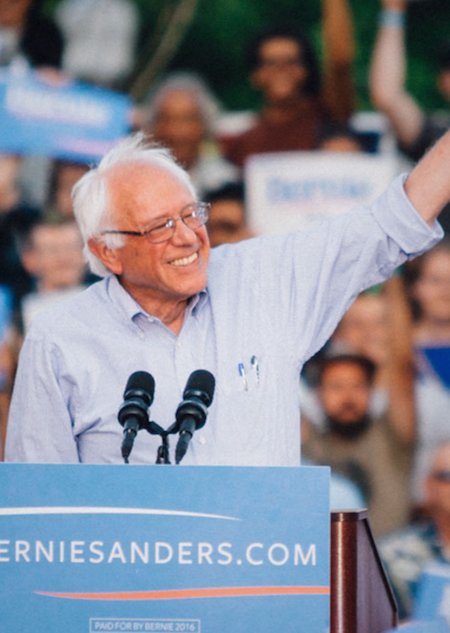 Our system of public higher education is in a state of slow-moving crisis. Decades of the fiction that it is possible to “do more with less” have supported steadily deepening cuts in state funding for higher education. State governments increasingly retrench what was not very long ago considered a vital public good and pass costs on to students and their families in the form of escalating tuition and fees and to faculty and staff in the form of income stagnation and speed-up.

In some states – e.g., Wisconsin, North Carolina, Kansas, and Louisiana – right-wing governors have gone after higher education with a vengeance that reveals motives that extend beyond even shortsighted cost-cutting and preference for upward redistribution. The likes of Scott Walker, Pat McCrory, Sam Brownback, and Bobby Jindal are militant ideologues, who oppose public education on principle. They would just as soon, to paraphrase right-wing anti-tax guru Grover Norquist, shrink their states’ public colleges and universities until they are “small enough to drown in a bathtub.”

The assault on higher education comes from several directions. Anti-secular political conservatives would replace public schools at all levels with religious institutions. Privatizers see in this public good as in many others an opportunity for great profits by looting the public’s resources. Other political reactionaries are threatened by the very idea of an educated citizenry and would rather roll back the clock to a time when access to higher education was restricted only to the children of the affluent.

The result is that pursuit of higher education is becoming more and more difficult for more and more Americans, and the existence of public colleges and universities themselves is imperiled.

It is past time to reverse this irrational and antisocial trend. Three decades of politicians from both parties have been too willing, even eager, to subordinate the aspirations, security, and opportunities of the American people on the altar of the billionaire class’s whims and greed. The assaults on public higher education stem from the same sources as attacks on public K-12 education, on the US Postal Service and other public services, the same sources that created the abomination of a health care system dominated by predatory insurance and pharmaceutical industries, and the obscenity of a ballooning, increasingly privatized carceral state.

The 2016 presidential race can be our opportunity to turn the tide. The Bernie Sanders campaign is committed to a clear and emphatic reassertion of the importance of public goods and the public sector that provides them, including public higher education in particular. His College for All Act would eliminate undergraduate tuition at 4-year public colleges and universities, thus making a powerful statement about the central importance of higher education as a public good. It would also take serious steps to relieve and reverse the crippling burden of student loan debt and the exploitation of adjunct labor. And it would strengthen faculty tenure systems, themselves under attack by conservative forces.

Bernie Sanders is the only candidate seeking the nomination from either party who has made such a serious and concrete proposal and demonstrated such resolute commitment to higher education. That is high among the reasons we as faculty, students, staff, parents and others concerned with higher education endorse and support his campaign enthusiastically and urge others who share those concerns to join with us.

Doug Henwood, Editor of the Left Business Observer and Contributing Editor at The Nation

Liza Featherstone, contributing writer to The Nation, and Adjunct Professor at the School of Journalism at NYU

Jeffrey A. Winters, Professor of Politics and Director of the Equality Development and Globalization Studies Program, Northwestern University

Steve Fraser, Co-founder of the American Empire Project and Editor-at-Large of the journal New Labor Forum.

Samir Sonti, Doctoral candidate in History at the University of California at Santa Barbara

Max Page, Professor of Architecture and History, University of Massachusetts-Amherst

Anne Norton, Professor of Political Science, The University of Pennsylvania