The Politics of Art: An interview with Jacques Rancière

In the following interview, author of Aisthesis: Scenes from the Aesthetic Regime of Art Jacques Rancière speaks with Anna Wójcik about the politics of art, the meaning of democracy, and the state of art today. Does contemporary art still have the potential to disrupt society and 'redistribute the sensible'? 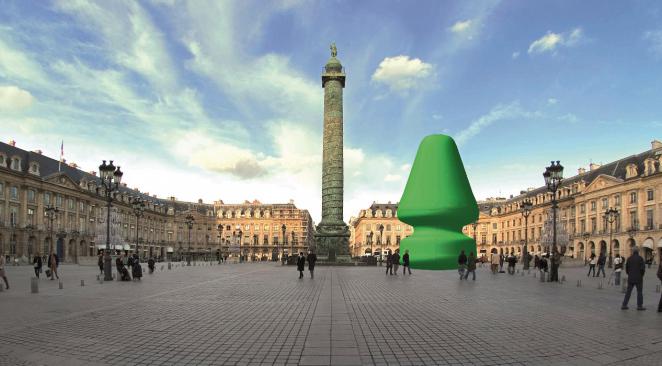 Anna Wójcik: In Aisthesis, every chapter opens with a historical account on an object or event that expanded the understanding of what was considered to be art. Is this book intended as a more empirical addition to your theory of the aesthetic regime of art?

Jacques Rancière: Aisthesis is subtitled “scenes from the aesthetic regime of art”, but the function of a “scene” is not illustrative. On the contrary, I insist on effacing the distinction between illustration and theory. The concept of blurring the boundary is fundamental to my idea of the aesthetic régime of art, which is polemically opposed to ideas of art autonomy or medium specificity. That is why I selected examples where an aesthetic régime of art establishes itself by blurring the boundary between art and not-art, or high art and popular art. Furthermore, I criticize the very opposition between art and discourse on art. Art does not exist in itself; it is an outcome of a complex set of relationships between what one is allowed to say, to perceive, and to understand. Events and objects only exist within the fabric of discourse, and are perceived as art, or a revolution in art, only within this fabric.

The “scene” suspends the opposition between the narrative of the fact and its explanation. My aim is to question the border between the fact and the point of view ‘from above’. It is also worth noting that a “scene” is a general mode of intelligibility. In Aisthesis I used “scenes” to discuss turning points in art, but this approach is just as useful in understanding turning points of, say, workers’ intellectual emancipation. The method, borrowed from Jean Jacotot, a thinker of emancipation, is that you can see the whole in a very small fragment. A universal vantage point is not a prerequisite for detailed examination.

The artworks described in Aisthesis range from 1764 to 1941. Would it be possible to include more recent examples? Hal Foster, in his fierce critique in the London Review of Books, declared that contemporary art has lost the ability to affect what you call the “distribution of the sensible”.

I am often asked about this critique, but to be perfectly honest, I have not yet had a chance to read it. One day I surely will. Hal Foster represents the modernist tradition and therefore it is not surprising that he dislikes my interpretation of so-called modernity. Some people seem to think that the aesthetic regime of art is a sort of a political slogan, which of course it is not. It is an exaggeration to say, as people often do, that “Rancière wants art to be political”.

Art is a work on the distribution of the sensible. Sometimes, but not very often, it rearranges the set of perception between what is visible, thinkable, and understandable, and what is not. This is the politics of art. I always try to question mainstream ideas on this subject, especially the assumption that artists’ work can have precise, intended effects. When practices of art affect the sensible, it is not simply as a result of artists’ intentions.

We go to art shows to see events, which can be fundamentally different from what we encounter in everyday life, to see a multiplicity of forms. I have to agree that the vast majority of them fail to affect our perception.

What kind of art would you like to see more often?

Art is a milieu of perceptions of events, space and temporality. I want to understand how it operates. What mostly interests me about the politics of art is that anything is possible. I am not interested in saying what art should look like today. I am interested in understanding what it actually consists of today. My approach is descriptive, not prescriptive. Of course, I value the works of some artists above others, but my personal preferences should not be considered as guidelines for artists or curators. For instance, I am not a huge fan of art that tries too hard to be provocative and relentlessly mobilizes all our senses. Art should also allow us to be absorbed in our thoughts, to distance ourselves, to have a moment of rest.

What is provocative in art today?

Certainly not attacks on religion or tradition. Today, the most provocative art would be challenging the modernity we live in, the neoliberalism or whatever model of capitalism we are currently experiencing. Speaking of provocation, back in 2014 Paul McCarthy sparked a huge scandal when he unveiled his sculpture L’Arbre in the middle of the prestigious Place Vendôme in Paris. Some people were offended because the artwork reminded them of a sex toy. Eventually the sculpture was vandalized and destroyed. What mostly interested me in this situation was the purpose of putting this kind of public artwork precisely in such a prestigious location. The most luxurious hotels in Paris are in Place Vendôme. Art collectors are among those who frequently stay there. Some of them had most likelt already bought a piece of McCarthy’s art. Such connoisseurs, who were actually most exposed to the artwork in question, probably didn’t even consider it to be a provocation, whereas the people who felt most offended did not have a chance to see the piece - did not even wish to see it - and were certainly not interested in discussing its artistic merit or lack thereof. This is indeed a very bizarre situation.

Could a misunderstanding of contemporary art by the general public be a symptom of a wider crisis of our educational systems? What should be changed in this respect?

Again, I do not have a ready answer. I would certainly like universities to be more audacious in claiming their right to decide what they want to focus on. The Bologna process standardized programs and degrees in Europe. But if teaching means anything, it means that there are certain people who can teach something specific; that there are certain places that have potential to foster thinking about something specific. I am a huge advocate of the autonomy of the university. Of course, not the neoliberal understanding of autonomy, which pushes faculties to look for their own financing, but autonomy in deciding what your research interest are and what kind of knowledge you share with students – regardless of the system of equivalences in Paris, Krakow, or Florence. Today, universities are not very courageous. There were some short-lived protests against the Bologna reforms in Germany, France, and other countries, but in general, European universities have succumbed to powers of governments and markets.

Is there any place where you can see the potential to disrupt petrified power structures?

There is little doubt that the Internet can serve conflicting politics and produce contradictory effects. For example, you can find all manner of forms of traditional thinking and hierarchical, top-down organization. However, the Internet is also important in creating novel forms of discussion, encounter, and collective mobilization, which challenge the traditional political methods of established parties. I wouldn’t go as far as to say that the Internet is an achievement of democracy, but it certainly gives us many tools that can be used to advance democracy.

What does democracy mean today?

We should always go back to the core understanding of democracy as the power of the people. “The people” should not be understood as lower class or an ethnos, that is, as a community linked by soil or blood, but as a collective of individuals who are not professional politicians or state managers. Equality supposes that everyone has the capacity to govern. It is of course extremely difficult to realize in practice. I still suggest we should strive to abandon the model of the government of the elite, and diminish the gap between those who govern and those who are governed. If we don’t move our stagnant representative democracies forward, we will witness an even closer alliance of the ruling class and the financial elite. I support the idea of direct democracy and believe that technological innovations make it more possible than ever before.

An increase in citizens’ participation in politics, a turnaround in representation, and accessibility to fora of public debate are what we need now. Sadly, the mass media frame discussions according to the point of view of those who are already in power. Such organs are not instruments of free information, and do not provide us with real room for discussion.

If not in traditional media, is this discussion happening in art?

The best artworks, those with potential to reframe our modes of perception, tend to end up in the private art collections of the very rich. Some of the best examples of social commentary I have seen in recent years are in the private collection of François Pinault. These artworks are informative and push the viewer to consider new ideas, but usually they are not accessible to the general public.

Should state invest more in the promotion of contemporary art?

I am not sure. In France, the government supports art pretty generously. There are many foundations. The question is whether these allow artists to be inventive. I highly doubt that they do. Foundations oblige artists to produce something on a given occasion and by a certain deadline. Many artists end up repeating themselves under such pressure. The government should provide them with more opportunities to be inventive, but foundations are not necessarily the best instruments for this As we’ve witnessed with Paul McCarthy’s sculpture in Paris, governments and billionaires order the same art. This art reflects the taste of the elite, but at the same time demonstrates their lack of imagination. More than the question of taste, such art is a question of routine.

Aisthesis: Scenes from the Aesthetic Regime of Art by Jacques Rancière, is available to purchase at 20% off with a free bundled e-book and free postage!

The interview was conducted in October 2014 during Conrad Festival in Cracow, Poland. Polish version of the interview appeared in “Res Publica Nowa” 3 (219) / 2014.

Anna Wójcik is an editor, writer and translator. She has studied law, philosophy, and social sciences at the University of Warsaw, Sorbonne Paris IV, and Central European University. Twitter: @annawojcik