A Short History of the State of Emergency—By Paul Alliès

"The State of Emergency has become a synonym for the government doing as it pleases."

One the first and most important statements of the French government after the Friday attacks concerned a measure that has received scant or inadequate attention—the declaration of a State of Emergency. What is a State of Emergency? What impact does it have? Is it the right response? 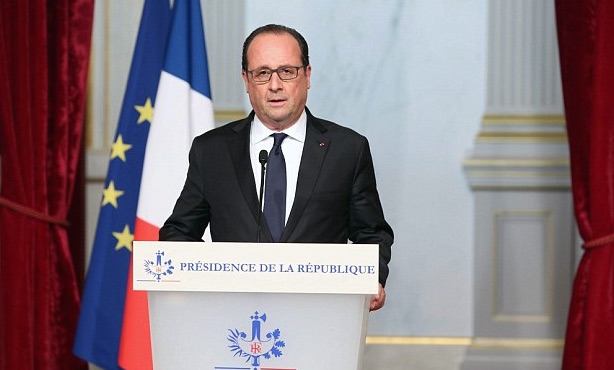 The State of Emergency is first conceived and defined in a law from 3 April 1955, proposed by the government of Edgar Faure (which had just succeeded that of Pierre Mendès-France) with the intention of bolstering the war effort in Algeria without handing over all powers to the armed forces (as Guy Mollet would do a year later).  The Socialists and the Communists voted against it. Applied in mainland France after the coup of 13 May 1958 (due to fears of the Left’s opposition), it was updated by an edict on 15 April 1960, aimed at reining in the supporters of a ‘French Algeria’, who were mobilising against De Gaulle’s about-face and willingness to negotiate with the FLN. Yet it failed to prevent the “Generals’ putsch” of 21 April 1961. In December 1984, Laurent Fabius made use of the State of Emergency in New Caledonia. Following an appeal by the Right, the Constitutional Council then declared the measure constitutional. The law was “revived” by Dominique de Villepin on 8 November 2005 in response to the protests in the banlieues, but limited to the thirty-one communes and eight department of the Parisian region. Despite a court challenge by seventy-five academics, it remained in effect until 4 January 2006, long past the twelve days stipulated in the text of the law.

In an unbridled extension of the executive’s ‘power during crisis’, the latest invocation of the law—on 13 November 2015—applies for the very first time to the entirety of the territory of the Republic without exception. Admittedly, the law of the State of Emergency has the advantage of falling within the purview of the government, and therefore of civil authorities, whereas the ‘State of Siege’, as defined by article 36 of the constitution, transfers responsibilities for public order and policing to the military. But it is also an example of the proliferation of texts and measures that are at times baseless. One searches thus in vain for the legal foundations of the ‘Virgipirate Plan’ (the official name is ‘The Governmental Plan for Vigilance, Prevention, and Protection against the Threat of Terrorist Actions’), issued in 1995 on the basis of measures introduced in 1981, and updated four times since. While the French public may have got used to it, it remains a very opaque form of using the army for police functions. The legality of the fight against terror is therefore shrouded in confusion. So much so that the Balladour Committee that prepared the 2008 revision of the constitution explicitly sought a ‘clarification’ of the conditions for declaring a State of Siege or State of Emergency. It was ignored.

Left and Right governments have both grown used to taking advantage of this confusion. The State of Emergency has become a synonym for the government doing as it pleases. Thus Manual Valls already announced on TF1 this Saturday the extension of the State of Emergency beyond the legally prescribed twelve days, an extension only Parliament can authorize. Always pushing the envelope, he also refused to ‘a-priori reject Laurent Wauquiez’s scandalous and utterly stupid idea of ‘opening internment camps’. Yet the law is limited to extending the police powers of civil authorities and relaxing their judicial oversight, allowing the Minster of the Interior and the Prefects to issue exclusion orders and house arrests, prohibit public meetings, and authorize searches by day and by night.

This raises therefore the question of the impact and the effectiveness of the law of the State of Emergency.

The impact is the inurement of the citizens to the exercise of exceptional powers during crisis, founded on the idea that the order of the State stands above individual liberties. Legality is restricted to ‘ordinary times’. This leads to a progressive weakening of the legislative power whose role is to check the exercise of these powers. Once applied, the exceptional measures are never fully withdrawn, even after the conditions of the crisis have passed. This leads us to a violent paradox: the institutionalization of exceptional powers reduces the scope of public liberties even as it is justified by the need to defend those liberties. That is why we must be vigilant and uncompromising about their usage.

But there is a second important reason, effectiveness. The State of Emergency appears as additional powers granted to the administration in order to help it accomplish something specific: increasing the safety of the citizens. But the history of its use is not encouraging in that respect.  As already noted, the edict of 1960 failed to prevent the Generals’ Putsch (something even Le Monde seems to ignore). That has been the rule in the other cases mentioned as well, notably with the ‘riots’ in the suburbs.  As for the fight against terrorist acts after the Paris attacks, taking in consideration the new quantitative and qualitative challenge posed by the terrorists, one would expect the courts and the police to be given all the resources necessary for investigating, analysing, tracking and prosecuting the crimes. Yet experts and professionals agree: the law in its current state suffices for acting effectively while respecting rights. Politicians, especially the current officeholders, should acknowledge that.

The State of Emergency and everything it implies is therefore less a democratic mobilisation of society as it is its demobilisation. Against the rise of General Boulanger, the Third Republic saw the introduction of the “Republican Defence”, which then became the go-to device for facing interior threats in times of crisis (until the crisis of the sixties). Each time, the remedy against authoritarian and totalitarian assaults was the mobilisation of public opinion in favour of a democratisation that only the political project of the Republic could bolster. In this way, dramatic events were converted into democratic resources for the whole society, and each crisis became an occasion for the Republic to renew itself and to regain its legitimacy and utility. This is a history and a method than is more than ever in need of being revived.

Paul Alliès is Professor Emeritus at the University of Montpellier. Member of the National Council of the Parti socialiste. President of the Convention for the Sixth 6° Republic (C6R).

This article was originally published at MediaPart and was translated by Gabriel Ash.

- Read more about the #ParisAttacks on the Verso blog.

- Judith Butler writes from Paris on mourning and the state of emergency: "Mourning becomes the law"