The tragic events of Paris and the security backlash in their wake are acute reminders that Europe’s urban spirit has come under attack. To save it, writes Antonis Vradis, we urgently need to defend the closeness and diversity which define everyday urbanity. 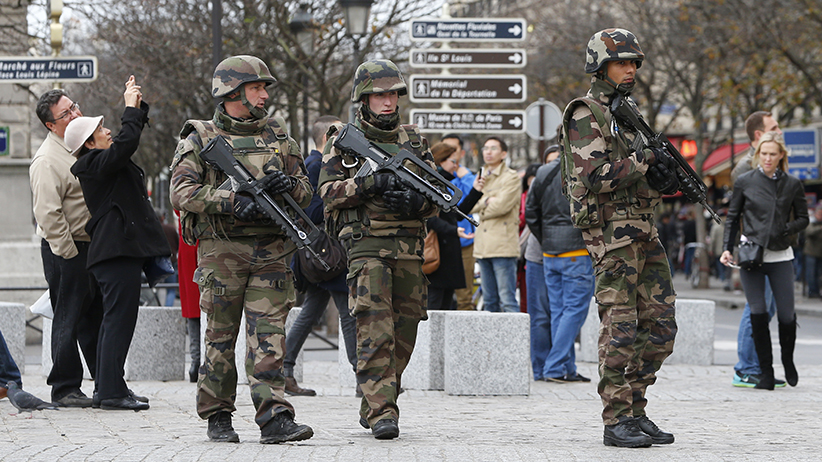 Richard Sennett put forward one of the most succinct definitions for those retreating from urban life in his book The Uses of Disorder: “suburbanites”, he argued, "are people who are afraid to live in a world they cannot control." In the wake of the recent Paris attacks, the vast majority of French―and possibly European―urbanites now fit this description.

Is this not to be expected? Is it not a core human instinct to seek refuge against the whirlwind? Certainly so. In this way the war cries of Hollande, the extension of the state of emergency, and the anticipated―and largely unchallenged―changes in the French constitution are all unsurprising. But this is exactly where the problem lies: such restrictive and predictable reactions typify the anti-urbanism of European responses to the attacks.

These measures uproot a core element of urban life―namely its freedom in all of its flavours and the unexpectedness that comes with it, from inadvertent lack of control all the way to conscious tolerance. Such freedom and tolerance should not be interpreted simply as liberal wishful thinking, but as absolute prerequisites for the building of diversity―social, cultural, economic―that allows the urban spirit to thrive.

As part of our Transcapes project, we've been spending time on the island of Lesbos. While there, the refugees we have seen arriving on the island are much closer to the prototypical urbanites Sennett had in mind a near-half century ago than many European now seem. Brave in face of their plight, they tackle a situation way beyond their control, desperate but determined not just to survive but to thrive. The impromptu solidarity, the plotting of travel routes and the courage in the face of adversity have something of a pioneer feeling. Through it, they keep the urban spirit of our continent alive.

But we should not take any comfort in seeing that the bright lights of our great European cities still shine. It would be foolish to assume that this urban spirit will remain indefinitely. Indeed, it  is now under attack in least three ways.

First, the overall policy direction of the EU leadership is one of inwardness. Introversion is trading the circulation and flow of populations for the stagnant security of those already inside. One struggles to recall any past empire that did not show such inwardness and idleness immediately prior to its decline.

Secondly, the deployment of the army in the French cities’ urban hearts is no longer an exception but an uncomfortable rule. The incompatibility of military presence with civic life must surely, even in these exceptional times, be indisputable.

Thirdly, there is a deeper sense in which many of us are abandoning the urban spirit. As we live in ever-denser cities our movement, our socialising, our interaction―in short, our urban everyday―become predictable and calculated in the most anti-urban of ways. Population density is a necessary but not sufficient condition for the interactions and complexities that make great cities great. We now seem to be letting go of the idea of community as linked to geographical proximity. Violence reigns precisely in the distance between the two.

The Paris attackers detonated themselves in the name of a war thousands of kilometres away, only to take the lives of those standing right next to them. US drone operators directly link the abuse of the drone programme to the Paris atrocities.

If there is one way for us to fight back against this new kind of ‘terror-through-distance’, it surely lies in strengthening the closeness that makes up our urban everyday. And the more we live in a world we feel unable to control, the more rebuilding this proximity looks like the safest way to go.

Antonis Vradis is based at Durham University's Geography Department. He is a member of the Transcapes research project and Co-I in Urban Transformations.