Patrick Cockburn: 'Britain is on the verge of entering into a long war in Syria based on wishful thinking and poor information'

Jeremy Corbyn invited Patrick Cockburn to brief MPs on the facts about today’s Common’s vote on air strikes in Syria. He wrote a briefing for the public in the Independent.

Britain is on the verge of entering a conflict in Syria in which its political and military strategy is based on wishful thinking and poor information. British air strikes in Syria will be too few to make much difference to Isis, but are important because they signal Britain’s entry into what may be a long war.

In one crucial respect, David Cameron’s approach is similar to that which saw Britain fight two small but unsuccessful wars in Iraq and Afghanistan since 2003, in both cases without an effective local partner on the ground. Similarly in Syria, Britain will be at the mercy of events which are being shaped by the numerous other players in the conflict, all of whom have their own highly contradictory agendas. 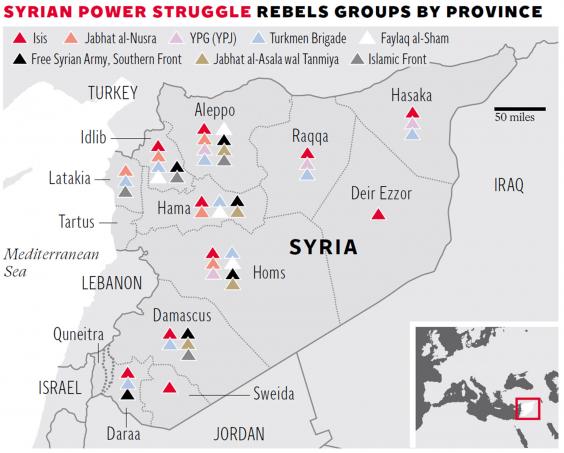 Much of the debate around the feasibility of the British strategy has focused on Mr Cameron’s statement that we do indeed have a partner, of whose existence few were previously aware. He said that there are 70,000 “Syrian opposition fighters on the ground who do not belong to extremist groups”. The impression given is that there is a “third force” in Syria which will provide a powerful ally for the US, France and Britain.

This would be very convenient but, unfortunately, its existence is very debatable. “The notion that there are 70,000 moderate fighters is an attempt to show that you can fight Isis and [President Bashar al] Assad at the same time,” says Professor Joshua Landis, the director of the Centre for Middle East Studies at the University of Oklahoma and an expert on Syrian politics. But he is dismissive of the idea that such a potential army exists, though he says there might be 70,000 Syrians with a gun who are fighting for their local clan, tribe, warlord or village. “The problem is that they hate the village down the road just as much they hate Isis and Assad,” he said.

The armed opposition to President Assad is dominated by Isis, the al-Qaeda affiliate Jabhat al-Nusra and the ideologically similar Ahrar al-Sham. Some of the smaller groups, once estimated by the CIA to number 1,500, might be labelled as moderate, but only operate under license from the extreme jihadists. Aymenn al-Tamimi, a fellow at the Middle East Forum and an authority on the Syrian armed opposition, says that these groups commonly exaggerate their numbers, are very fragmented and have failed to unite, despite years of war.

He recalls that one group he met during a recent visit to Latakia province in north-west Syria claimed to have 2,000 fighters, but probably numbered only 500.

He warns that they pretend to the outside world that they are more moderate than they really are, speaking of “the equality of all Syrians before the law” when they are outside Syria or communicating with people who have never been to the country, but express “hatred for Shia and Allawites” on all other occasions.

Mr Tamimi says that the smaller armed groups, which sometimes have good weapons supplied by the Americans, had acted as auxiliaries to Nusra and Ahrar al-Sham when they captured Idlib City in fierce fighting with the Syrian army in May.

This article appeared in the Independent. Patrick Cockburn is the author of The Rise of Islamic State: ISIS and the New Sunni Revolution, currently 50% off until the end of December, with free shipping worldwide and free bundled ebook.