Murray Bookchin and the Ocalan connection: the New York Times profiles the students of PKK Rojava 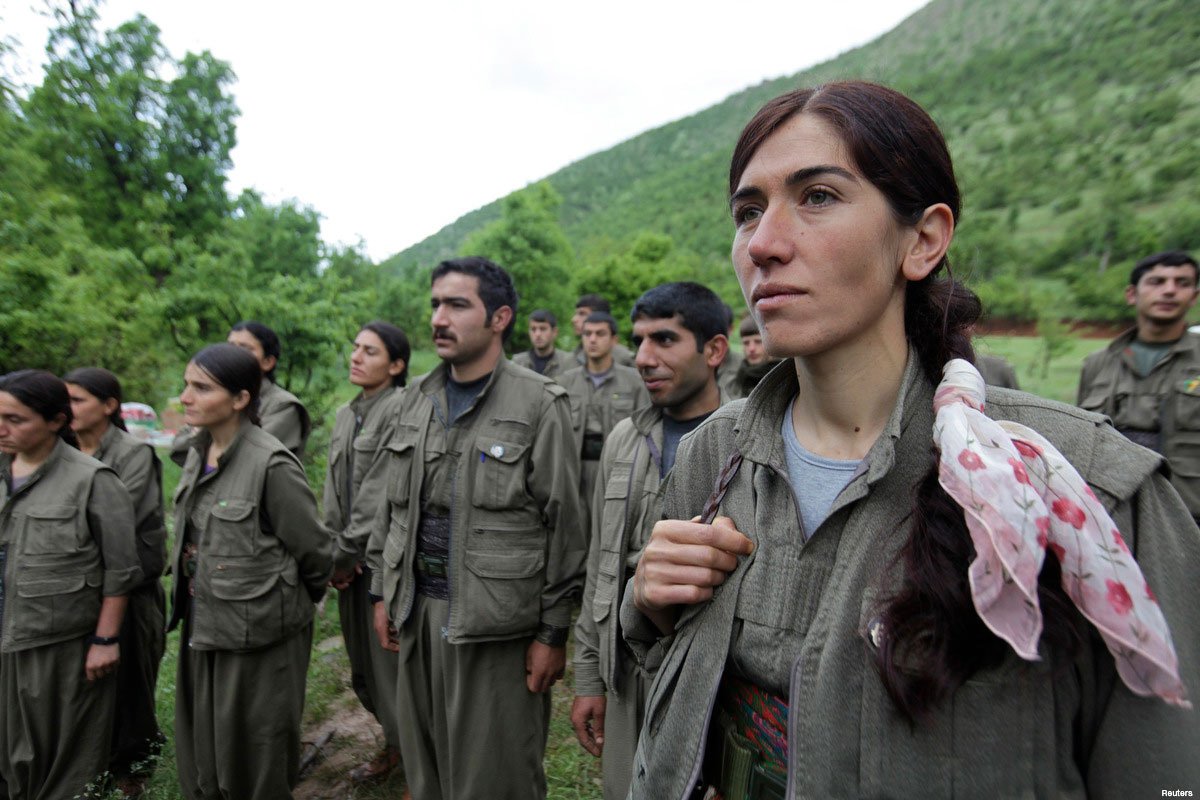 The New York Times Magazine recently published a piece by Wes Enzinna about his experience teaching a journalism class in Rojava, an automous region of Syria (not recognized by the Assad regime, the UN, or NATO), a "secular utopia in ISIS's backyard" whose political philosophy is heavily informed by the work of Murray Bookchin.

Rojava, the center of the the Kurdistan Workers' Party (PKK)—a Kurdish anti-statist separatist group led by leftist revolutionary Abdullah Ocalan—has been thrust into global geopolitical significance as a major site in the fight against ISIS.

Last Februrary, the PKK successfully repelled the attempted siege of Kobani, though they remain on the frontlines of fighting ISIS. As Patrick Cockburn wrote in The Rise of the Islamic State, ISIS's attempted siege of Kobani exposed the weakness of the US-led coaition against ISIS, as Turkish President Erdogan "would clearly prefer ISIS to control Kobani rather than the PYD [the Syrian branch of the PKK]."

The PKK, led by Ocalan, has been fighting for independence from Turkey since 1978, and the U.S. State Department designated the PKK a terrorist organization in 1997. But as Enzinna details, the U.S.'s views towards the PKK have shifted, at least strategically: PKK afiliates People's Protection Units (YPG) and the all-female force (YPJ) have become key American allies. While Turkey continued to bomb Kurdish fighters in Iraq and Syria, President Obama sent Special Operations troops to assist Rojava.

Though Ocalan has been imprisoned since 1998, he remains the intellectual leader of the revolutionaries in the PKK. From his prison cell, he read Benedict Anderson's Imagined Communities, Murray Bookchin's "The Ecology of Freedom," and then, after that, everthing Murray Bookchin has ever written. Whereas PKK members were formely "unabashed Maoists," Ocalan's readings led him to theorize libertarian municipalism, an alternative to the modern-nation state. Enzina describes the fascinating correspondence between Ocalan and the late Bookchin, and the influence Bookchin's social ecology on the PKK:

In solitary confinement, Ocalan studied Bookchin’s magnum opus, ‘‘The Ecology of Freedom,’’ at once a sweeping account of world history and a reimagining of Marx’s ‘‘Das Kapital.’’ In it, Bookchin argues that hierarchical relationships, not capitalism, are our original sin. Humankind’s destruction of the natural world, he argues, is a product of our domination of other people, and only by doing away with all hierarchies — man over woman, old over young, white over black, rich over poor — can we solve the global ecological crisis.

In another work, ‘‘Urbanization Without Cities,’’ Bookchin proposed an alternative to the modern nation-state that he called ‘‘libertarian municipalism.’’ Bookchin believed that the lesson of both Marxist and liberal governments was that the state was an inevitably corrupting influence and antithetical to human freedom. Bookchin favored what he called the ‘‘Hellenic model’’ of democracy, the type of direct, face-to-face government once practiced in ancient Greece. He argued that only by recovering this system could humanity address injustice, and only in this way could radical movements avoid reproducing the same inequalities they had initially set out to defeat.

It was, needless to say, pretty dreamy stuff. But Ocalan saw in it a path toward a new type of revolution. Bookchin’s proposal for achieving independence through ‘‘municipal assemblies’’ suggested to Ocalan a way of finally achieving the elusive Kurdish dream. Maybe the P.K.K. didn’t have to take state power. Maybe it could obtain Kurdish rights by creating its own separate communities inside existing countries, resorting to violence only if attacked. Maybe all along, Ocalan had been mistaken to think that liberation could be achieved by creating a Kurdish-run nation-state, Marxist or otherwise.

Enthralled and seeking guidance, Ocalan had his lawyers send an email to Bookchin. Biehl was sitting at their computer one morning in April 2004, spring snow still covering the streets of Burlington outside, when it popped up in Bookchin’s inbox. Bookchin was lying nearby on a day bed, unable to sit up because of his joint pain. He and Biehl had watched Ocalan’s arrest on television, but Bookchin dismissed him as ‘‘just another third-world Leninist.’’ Now, as Biehl read the email aloud, Bookchin discovered that Ocalan considered himself Bookchin’s ‘‘student,’’ and ‘‘had acquired a good understanding of his work, and was eager to make the ideas applicable to Middle Eastern societies.’’

A few weeks later, Bookchin replied, expressing reluctance to engage in a dialogue. ‘‘You should know that I am quite an elderly man … who is virtually incapable of walking because of osteoarthritis and heart problems,’’ Bookchin wrote. ‘‘Much remains to be explored, which my health and age prohibit me from doing. If you care to write to me further, I ask you to please be patient with an old radical.’’

In March 2005, Ocalan issued the ‘‘Declaration of Democratic Confederalism in Kurdistan.’’ By then, Bookchin had cut off communication. (‘‘Bookchin was heartbroken,’’ Biehl told me. ‘‘He was devastated that the revolution had never happened, and he didn’t trust anybody.’’) The manifesto called on all P.K.K. supporters to implement a version of Bookchin’s ideas; Ocalan urged all guerrilla fighters to read ‘‘The Ecology of Freedom.’’ He instructed his followers to stop attacking the government and instead create municipal assemblies, which he called ‘‘democracy without the state.’’ These assemblies would form a grand confederation that would extend across all Kurdish regions of Syria, Iraq, Turkey and Iran and would be united by a common set of values based on defending the environment; respecting religious, political and cultural pluralism; and self-defense. He insisted that women be made equal leaders at all levels of society. ‘‘The worldview for which I stand,’’ Ocalan told his lawyers privately, ‘‘is very close to that of Bookchin.’’

When news spread throughout the P.K.K. of Ocalan’s conversion, some were naturally hesitant to abandon the old model of Marxist-Leninist terrorism. ‘‘Who cares about some marginal anarchist with 50 followers?’’ one P.K.K. commander supposedly complained. But in the end, they followed orders. The female leadership, in particular, embraced the new ideology. The P.K.K. set about forming clandestine assemblies immediately in Syria, Iraq and Turkey, waiting for the opportunity to expand. Bookchin ‘‘was the greatest social scientist of the 20th century,’’ according to a P.K.K. tribute sent to Biehl after Bookchin’s death in July 2006. ‘‘Bookchin has not died. … We undertake to make [him] live in our struggle.’’

Verso published The Next Revolution: Popular Assemblies and the Promise of Direct Democracy, a collection of Murray Bookchin's writing on social ecology, earlier this year. For more on Next Revolution, click here.
Tagged
Rojava