The Roots of the Exodus

To mark 'International Migrants' Day', we publish an article by London2Calais, an group of activists who have been organising supplies and activities in solidarity with those trapped in 'the Jungle' refugee camp. With the global number of refugees having passed the 20million mark for the first time since 1992, they highlight the interconnected political drivers of the exodus - largely western imperialism, regional and national authoritarianism, predatory global capitalism, and a violent, exclusionary border regime. 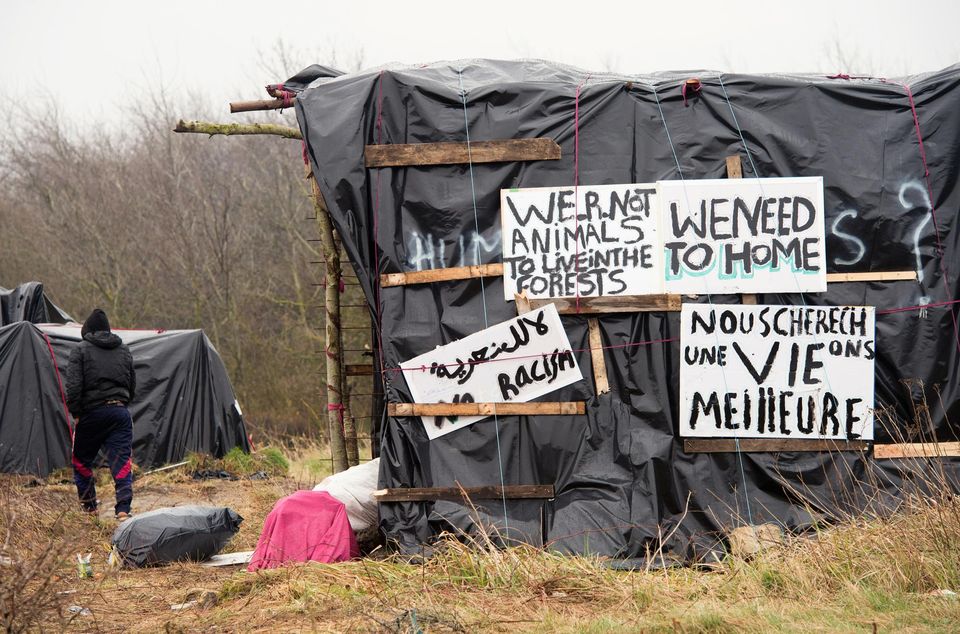 The current exodus of refugees from the Middle East and Africa constitutes the biggest displacement of people since the end of World War Two. In many of the countries where camps have been set up, there has been much resentment by some of the locals and this has led to an increase in racist attacks and a surge of votes for fascist parties such as Marine le Pen’s Front National (FN) in France.

London2Calais has been going out to the refugee camp in Calais, known as “the Jungle” since mid-August 2015, bringing supplies and solidarity. We’ve observed an increase in fascist activity both by FN, local racist campaigns such as Calasiens en Colere and also from their many supporters in the riot police, who have been deployed in ever increasing numbers around the camp.

Moreover, the make-up of the camp has changed considerably over the months. Initially, on our first trip, it housed around 3000 people, which has doubled since. Including the camp in Dunkirk, there are now more than 8000 refugees facing devastating humanitarian conditions in the region.

The camp contains people of many nationalities– Syrians, Afghans, Eritreans, Iraqis, Sudanese, Darfurians, and also some from European countries that are not in the EU, such as Kosovo.

Some of the residents had been living in the UK for several years and had either been deported or returned home to bring family back. They are now refused readmission. Among them are several women, some of whom are pregnant, as well as many unaccompanied children.

There are several causes of the exodus. Civil wars in the some countries, especially in Syria, are the root cause of many fleeing persons. The situation in that country is a disaster. Bashar Al-Assad has bombed and poisoned his own people because they joined a peaceful revolution against his autocratic rule at the time of the “Arab Spring”. Now, the violent uprising of a fundamentalist group called Daesh (amongst many other names) has been added to the mix.

Britain’s decision to join the coalition and bomb further a country already wracked by bombing will only deepen the problem and make for more refugees, whilst serving to further radicalise those who escape the deluge. Daesh also controls large areas of Iraq, adding Iraqis (Kurds in particular) to the number of refugees.

A very large number of Eritreans are refugees from an extreme authoritarian regime, while in Sudan a group of 25 people were recently sentenced to death for following the wrong strand of Islam. This, in a country whose constitution supposedly guarantees freedom of thought.

The West - especially Britain, France and the USA - must shoulder much of the blame for the unrest. There was an illegal war based on lies about weapons of mass destruction fought by Britain and the USA in Iraq. Britain and France bombed in Libya to “help anti-Gaddafi forces”. This has led to a bloody civil war between two factions controlled by warlords, both vying for control of the country and the revenue from its oil resources.

There is a certain bitter irony in that many of the British and American forces killed and injured in Afghanistan by the Taliban have been attacked with weapons supplied by the CIA to the Taliban (or Mujahadeen as they were then known – one of their number being a certain Osama Bin Laden) when they were fighting Soviet troops in the early 80s, who were trying to prop up the democratically elected Communist government.

Similarly, in Iraq in the 80s, when they were fighting a bloody war against Iran (who at the time were perceived to be a greater danger to the West) arms were being supplied and articles written under the guise of “Why Saddam is the kind of Arab leader we need”.

This brings us on to neo-liberalism, the economic doctrine (once known as “laissez-faire”) advocated by ‘gurus’ such as Milton Friedman, so beloved of world leaders like Margaret Thatcher and Ronald Reagan. This doctrine dictates that profit, to the exclusion of all else (especially common decency), is the mantra. It allows the free movement of money and goods around the world - yet to extend that free movement to people is deemed unacceptable.

Companies move the manufacture of their products to places with the cheapest labour markets and where trade unions have little or no influence. Workers’ rights, limited though they may be, are trampled into the dust and this is usually enforced rigidly by totalitarian governments.

It is from countries like this that many escape to take refuge elsewhere and become falsely labelled ‘economic migrants’. This is a fallacy. They too are refugees.

The European Union has been exposed as Fortress Europe by the numbers arriving, who have made dangerous sea crossings to get here. The EU has closed virtually all legal routes for refugees to enter Europe, forcing them to rely on people smugglers, too often with deadly consequences.

Eastern European countries have been the most vociferous opponents of giving refuge (most notably Hungary), but others have not exactly been forthcoming in their offers of support.

Britain and France have behaved shamefully, with each side blaming the other for the numbers of people trapped in camps in Northern France. Britain has belatedly agreed to take in 20,000 people from Syria – not from amongst those in Europe, but from camps around the Syrian border – over 5 years. That’s a paltry 4000 per year, compared to more than 1.5 million migrants arriving in Germany in 2015 alone. To put that into perspective, 4000 is slightly less than the average home gate of Leyton Orient FC.

Despite the failure of governments to act since the ‘refugee crisis’ has appeared on the public horizon, a quite unexpected popular fightback against the regime of borders has been growing – its major symbol in Britain the great march of 12th September. We are proud to form a leading part of that movement, combining practical support for refugees with political opposition to racism, fascism, imperialism and increased repression, on both sides of the Channel. This is a new and unexpected political development, as the plight of refugees grows in the absence of a solution, we must hope for the growth of this new movement. We at London2Calais are one of many organisations working towards that end.


London2Calais are fundraising for their next trip. If you want to help, click here.