40% off EVERYTHING!
about 1 month left
Florence Stencel-Wade
comments

R.D. Laing and Franco Basaglia, the subject of John Foot’s The Man Who Closed the Asylums, were contemporaries in close dialogue in the critical psychiatry movement that sought to revolutionise the field of psychiatry. They emphasized examining the structural bases to mental illness through a critique of capitalism and were aligned with the radical social movements that coalesced in 1968.

In his own review of Foot’s book, Laing’s son Adrian also observes this confluence of agendas, and praises Foot’s efforts to disassemble the ‘lazy narratives’ that obscure our understanding of Basaglia. 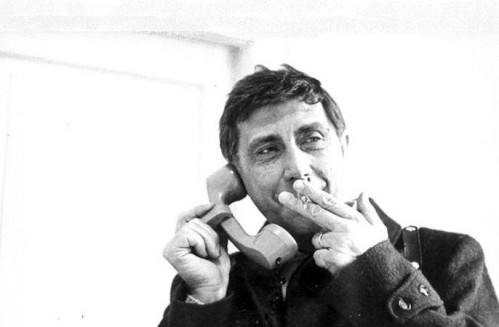 This is an important work by John Foot for a number of reasons. Firstly the author has taken a great deal of time to research and create an historical document of the background to the passing of a legal milestone in Italian and psychiatric history: ‘the 180 Law’ which came into effect in May 1978.

The 180 Law is often referred to as the ‘Basaglia Law’ in memory and honour of Franco Basaglia, the Italian psychiatrist who became the charismatic leader of a reform movement which fundamentally altered the perception of madness and the institutional response to those certified as insane both in Italy and around the world.

Secondly, John Foot’s study should put to rest the badly-informed, lazy narrative that still prevails to the effect that Franco Basaglia was an idealist—an ‘anti-psychiatrist’—who, at a stroke, dis-empowered doctors to certify someone as insane with disastrous results.

For Basaglia, the status quo was epitomised in the institution that was founded upon a much earlier law of 1904 which provided a legal framework for the manicomio (‘madhouse’) situated in the province of Gorizia near the Italian border with what was then Yugoslavia.

The story begins with Gorizia, and Basaglia’s appointment as its medical director in 1961 where Basaglia found over 600 patients. Gorizia made Basaglia feel physically sick; the first thing he experienced was the smell of ‘death, of s***’; high walls, gates, fences and heavy closed doors.

Patients were routinely tied to their beds, if allowed outside they might be tied to trees or benches. ‘Therapy’, Foot writes, ‘was largely confined to electric shocks and insulin shock treatment, and occasional work in the asylum’s kitchens. The introduction of anti-psychotic drugs in the late 1950s was just beginning to have an impact by 1961’.

If you were sent to Gorizia you were not expected to ‘get better’ or be ‘cured’; you were expected to die. Basaglia famously stated and repeated: ‘Gorizia was, like all the other Italian asylums, a concentration camp’.

John Foot methodically and calmly picks over the milestones, events (both negative and positive), texts and characters that lead from Basaglia’s first reaction to what was thought to be a ‘dead-end job’ to the fundamental reform of Italian law which gave back basic human rights to mental health patients including the right to vote and to control their own care. What is often misunderstood is that Basaglia was not an anti-psychiatrist (that was David Cooper) but a tireless and passionate law reformer and humanitarian.

The 180 Law did not seek to declare in some manner that there was no such condition as mental illness or mental distress; it was concerned primarily with a radical disassociation with inhumane institutions of which Gorizia was only one example, as highlighted by a quote from the 180 Law itself: ‘In any case the construction of new psychiatric hospitals is forbidden, as is the use of those in existence as specialist psychiatric wings for general hospitals or psychiatric or neurological-psychiatric institutions.’

As with my father, R.D. Laing, the essence of Basaglia’s lifetime work is defiantly misunderstood, as if Basaglia was responsible for unleashing the gates of hell only to burden uncaring communities and disinterested families with those who really did need treatment for their ‘illnesses’. For those of that persuasion they should at least read this work to challenge their misconceptions.

In 1978 Basaglia wrote in La Stampa: ‘On May 13 [1978] the law did not decide that there was no more mental illness in Italy, but it did decide that in Italy the response to mental distress should no longer be that of internment and segregation. But this does not mean that it is enough simply to send people home with their anxieties and their problems.’

Franco Basaglia died in 1980, aged 56 of a brain tumour. I recall my father talking of Basaglia in almost saintly tones recording Basaglia’s death in 1980 in his diary with some sorrow: ‘death has had a good harvest this year.’

- Read more about #MentalHealth on the Verso blog
- Legacies of ‘Anti-Psychiatry’ and R.D. Laing—Benjamin Noys responds to John Foot's book