A Short History Of Haven Distribution: Sending Books To Prisoners For 20 Years

Verso is proud to continue our work with Haven Distribution, a non-profit charity distributing books to prisoners. We are committed to fight for prisoners’ rights: books should be the right of every person in this country – whether in prison or not. Luke Billingham of Haven looks back at twenty years of sending prisoners a lifeline for the Verso blog.

"Books for prisoners is a cause which has passionate advocates across the political spectrum – anarchists can see books as a source of brief and very partial liberation for those suffering under state oppression, whilst staunch conservatives can see them as a civilising influence and a tool for greater employability on release."

Haven's iconic logo was designed and provided by Clifford Harper

In a tiny first-floor office in the East End, down an impossibly narrow alleyway, you can find Haven Distribution. We call it an office largely because it boasts a desk, computer, and filing cabinet, but it's really more like a ramshackle library: shelves and piles of books dominate the room. Always echoing with '60s Ska music, it's the home for a very small charity doing very large-scale work.

Each year over a thousand books leave the office, destined for prisoners hungry for self-education and self-improvement. Almost all the prisons in Britain have received at least a handful of books from Haven over the past 20 years, and the number of prisoners who have benefitted ranges into the tens of thousands. Despite this, we operate with neither paid nor full-time staff: the charity consists of a handful of people working for Haven in their spare time. 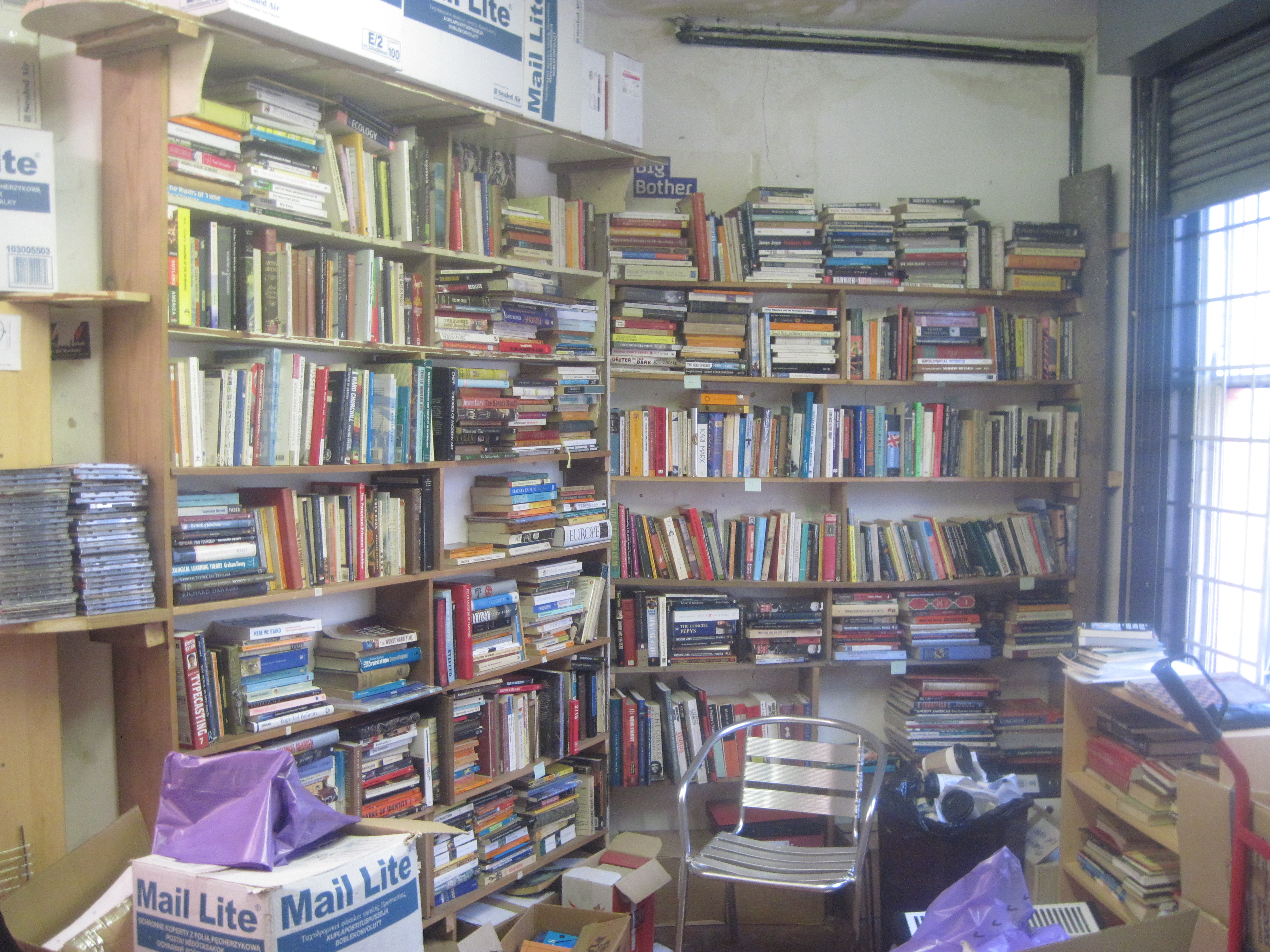 Haven is now in its 20th year, and we can't quite believe it. When our Chair started the organisation in 1996 he was packing the books in his North East London flat, and had no funding aside from small donations and money raised by volunteers working at festivals. Inspired by groups in the US doing similar work, he wanted to help prisoners with their studies and resettlement in an immediate, practical way. To this day we're the only UK charity dedicated to sending books to those in prisons, secure units and detention centres who want to further their education.

In 1999 Haven applied for charitable status, due to the increasing demand for expensive educational books. After a lengthy and somewhat arduous process, it was granted in 2001. Since then we've been able to secure funding from trusts and foundations, though the finances of the operation are never plain-sailing: buying and posting books to prisons across the UK & Eire is not cheap.

Haven plays a vital role in providing books that prison libraries may not stock or have in very short supply, due to restrictive budgets for the provision of educational literature. Our most commonly requested book is the dictionary, essential for those with basic literacy issues. The majority of the books we send in are to help those at the crucial first stage of prison education, or often any education at all. There are exceptions: we recently received a letter from a prisoner who loves Zizek and Althusser and wanted to read more structuralist theory (a Verso fan, no doubt!), and I met a man in Grendon prison who used a book we sent him to help his research into pre-Abrahamic religions. The courses studied by prisoners we support range from Carpentry to Criminology, Motor Mechanics to Mathematics.

As well as providing the course books requested by prisoners, we also send in a catalogue listing all the books we've kindly been donated by publishers such as Verso and Pluto. Thanks to them, prisoners are able to order the latest titles in Philosophy, Political Thought, Social Theory and History, entirely for free.

The letters we receive speak of the incredible difference that a book or two can make to a prisoner's life. One prisoner from HMP Full Sutton recently wrote to thank us for a self-tuition book called Contemporary Drawing. He'd used it to develop his artwork, and had subsequently received a Gold Award for Drawing from the Koestler Awards last year (for his drawing below). 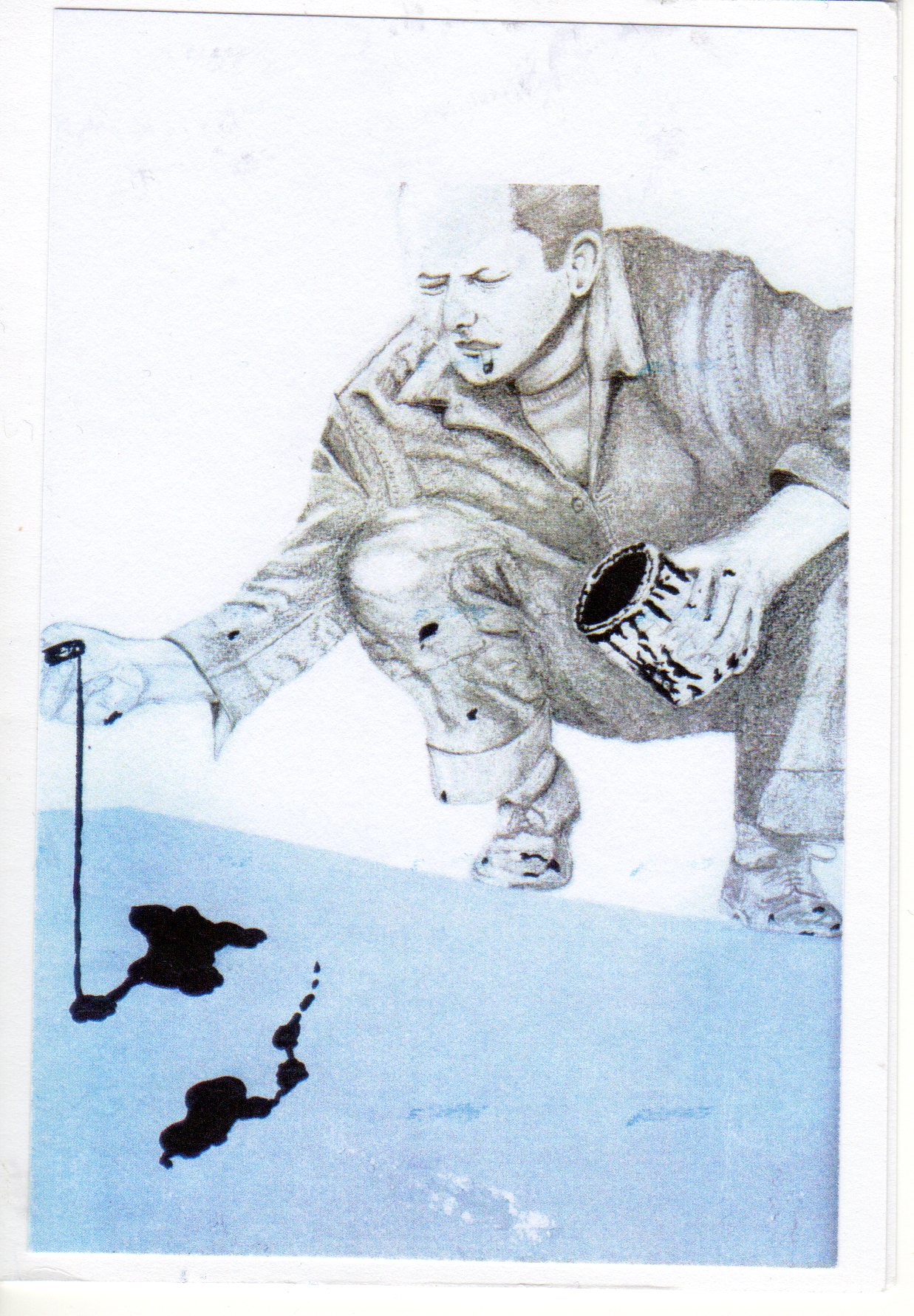 Another, from Parkhurst, wrote in October to say that he was saving the two books we'd sent him to treat as Christmas presents, so that he'd have something to enjoy over the festive period. More common are letters proudly describing the progress being made on a course thanks to the book we've sent, and telling us about plans for further education. 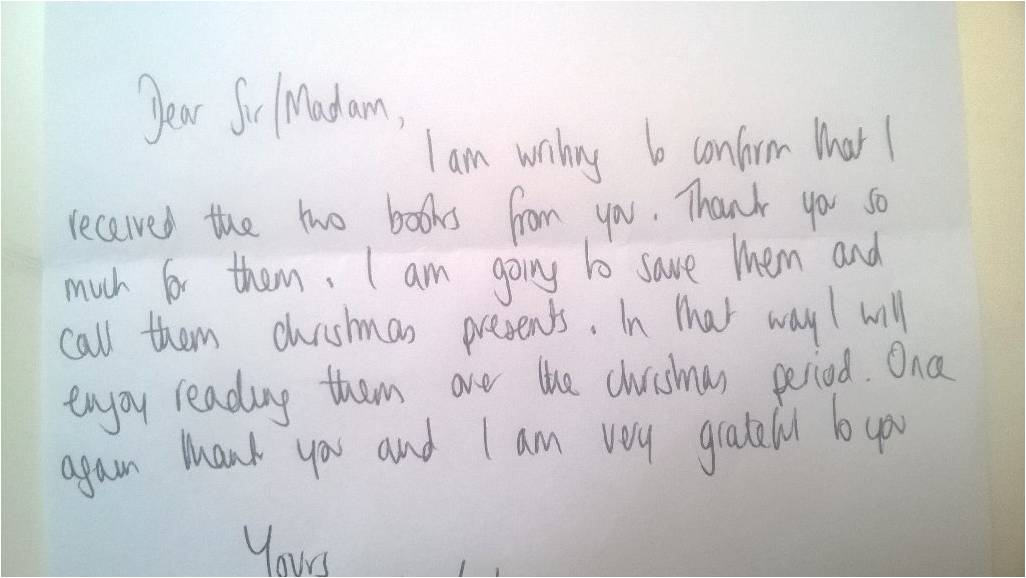 Books for prisoners is a cause which has passionate advocates across the political spectrum – anarchists can see books as a source of brief and very partial liberation for those suffering under state oppression, whilst staunch conservatives can see them as a civilising influence and a tool for greater employability on release. This was an important reason for the enormous public outcry at Grayling's "book ban": there were just so many reasons, springing from so many different political perspectives, as to why it was a ludicrous mistake. Verso readers and Michael Gove alike can recognise the value of books in prisons, and the enormous importance of prison education more widely.

Unfortunately, it would be a mistake to think that the prisoner book access problem is solved now that the "book ban" has been lifted, and the limit on the number of books in cells has been removed. These measures were of course very welcome, but they did not solve the problem – far from it. Not many prisoners know people who are able to buy and send in books, educational books are too expensive for prisoners' meagre wages, many prison libraries remain chronically under-stocked and – most importantly – severe understaffing in a large number of prisons means that inmates can only very rarely get to the library. Without an accompanying prison officer they cannot get access, and many report having far less access than the fortnightly half-hour which is the official minimum in the prison rules.

A large proportion of UK prisoners still do not have access to the books that they need for their education. As staffing shortages worsen, some are left "banged up" for over 20 hours a day. For them, the need for a book can be desperate. That's why we continue to receive hundreds of book requests every month.

Whether it's for basic literacy, academic or vocational courses, research, escapism, technical study, or saved as Christmas presents, the books we send in can greatly improve prisoners' lives inside, as well as helping better their prospects for life outside. We've been sending books to prisoners for 20 years, and we plan to continue for many more.

- If you are able to provide any sort of donation to Haven to continue their work, however big or small, it would be greatly appreciated. Visit the Haven Distribution website to donate.

- Read more about Haven Distribution on the Verso blog.