Benedict Anderson (1936-2015) was one of the most influential thinkers of the nation; he passed away on 12th December, 2015. Imagined Communities, his seminal work, was first published by Verso in 1983 and became an instant classic for its examination of the origins and development of nationalism and the creation of communities. Carlos Sardiña Galache remembers the historian, who maintained that there were “utopian elements” worth fighting for in the idea of the nation, in this obituary, originally published in El Mundo in Spanish and translated here by Annie McDermott. 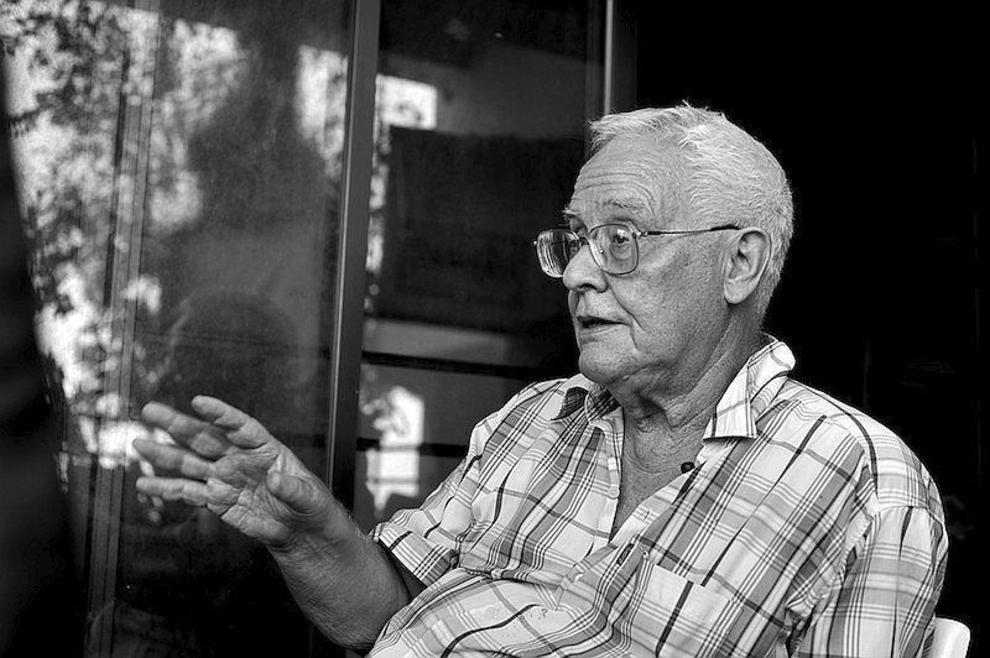 Benedict Anderson, Southeast Asia specialist and author of Imagined Communities (1983) – probably the most influential book on nationalism written in the past fifty years – died last Friday night at the age of 79, on the Indonesian island of Java.  Historian, anthropologist, sociologist, political scientist, linguist with an immense capacity for learning languages... Anderson was all of these things at once, and had a profound impact on each field.

His area of expertise was Southeast Asia, but his knowledge and interests knew no bounds.  Anderson seemed to have read almost everything: one of his finest essays considers the literature of the writer Mario Vargas Llosa, whom he found fascinating despite being appalled by his political ideas, and he could also surprise you by mentioning how much he had enjoyed such unexpected books as Iñaki Anasagasti’s study of Juan Carlos I of Spain.

Anderson’s worldwide fame is primarily the result of his study of nationalisms, Imagined Communities, which has been translated into more than thirty languages.  Anderson belonged to the “modernist” or “historicist” school of nationalism studies: along with theorists and historians like Ernest Gellner and Eric Hobsbawm, he considered nations to be an eminently modern phenomenon, despite the tendency of nationalist historiographies to present them as ancient entities whose origins are lost in the mists of time.

It is impossible to do justice to so rich and complex a work as Imagined Communities in only a few lines.  In this book, Anderson defined the nation as “an imagined political community – and imagined as both inherently limited and sovereign”.  One of its great contributions was the idea of “print capitalism”, which made possible the cultural uniformity of the emerging nations of the eighteenth century.

Anderson was sympathetic to nationalist sentiment, and believed there to be “utopian elements” worth fighting for in the idea of the nation.  For him, one of the signs of a “good nationalist” is feeling ashamed of the crimes committed in the name of the nation to which he or she belongs.

Nevertheless, despite his sympathy for nationalism, or perhaps because of it, Anderson was from birth a true cosmopolitan – and yet he never renounced his Irish citizenship, though he spent very few years in the country of his ancestors.  To quote the title of his memoir, which is to be published this year, his was a “life beyond boundaries”.

Benedict Richard O’Gorman Anderson was born on 26 August 1936 in Kunming (China), where his father worked as a civil servant in the Maritime Customs Service, a strange institution created by the British Empire in the middle of the nineteenth century to control the customs duties of the Chinese Empire.  He studied Classics at Cambridge University.  He himself said he was a bookish adolescent with little political inclination, though he identified an incident that occurred when he was at university during the Suez Canal crisis as a turning point.  The conflict generated a wave of xenophobia in England.  One day, as Anderson was walking through the university, he saw a group of the English far right attacking some young Middle Eastern and Indian students.  He intervened and the fascists broke his glasses.  When he returned to his room, fighting back tears, his brother Perry, the famous Marxist historian, said to him: “Well, what are you going to do about it?”

After finishing his degree at Cambridge at the end of the fifties, Anderson studied for a doctorate at Cornell University in the United States, which has just created a Centre for Southeast Asian Studies.  His thesis was about Indonesia, a country he found fascinating and would always consider “his first love”.

In 1965, General Suharto led a coup in Indonesia, beginning a regime of terror that was to last for more than three decades.  At the beginning of the seventies, Anderson published an academic article, the ‘Cornell Paper’, which dismantled point by point the official state narrative created to justify the coup.  He was expelled from the country and was unable to return until 1999, shortly after the fall of Suharto.

During the seventies, Anderson decided to focus his work on Thailand.  Until the end of his life, he would spend the winter months each year in Bangkok and the summer months in Ithaca, near Cornell University.  In the mid-eighties, he broadened his field of study to the Philippines, and was particularly interested in the Spanish colonial period.  He devoted the final years of his life to researching a great variety of topics relating to Southeast Asia, and to giving lectures all over the world.

He suffered a heart attack and died peacefully in his sleep.  His ashes were scattered on the Indonesian island of Java, perhaps the land that this nationalist beyond boundaries and son of many countries loved the most.