With unremitting immigration raids across New York, Los Angeles, and beyond, the United States gambles with the lives of a people fleeing acts of senseless violence. Deporting Latin American refugees in many cases means sending them to certain death. Documented threats are underplayed, and the likelihood of securing asylum is abysmal: of 74,449 applicants from El Salvador, Guatemala, and Honduras, 2,250 were granted. Meanwhile, the role of American intervention in the crisis is neatly quieted. When will this terror go acknowleged? 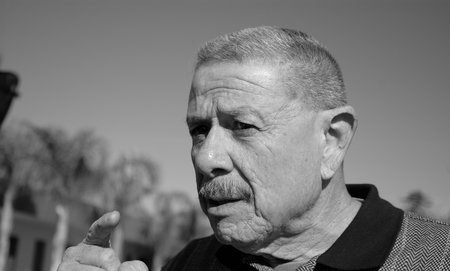 Violence in Latin America did not arise in a vacuum – one can neatly trace the trajectory of Reagan era policy in the region decades later. The administration played a key role in prolonging El Salvador’s Civil War, channeling as much as $1 million a day to a regime known to employ violence fiercely and without restraint. The conflict saw some 70,000 political killings in El Salvador alone, but neighboring countries did not escape Reagan’s entanglement:  the administration vocally discredited allegations of human rights abuses throughout Efraín Ríos Montt’s autocratic rule characterized by the slogan “Frijoles ó Fusiles” (Beans or Rifles). Six years later, Pablo Escobar would echo this slogan with his chilling “Plata ó Plomo” (Silver or Lead – accept our bribes, or die).

Escobar perhaps best exemplifies this tendency to create the very villains we later denounce. Escobar –and later El Chapo, and tomorrow someone else- served as a visible scapegoat allowing for mobilization and justification of an overextended empire. Escobar, for all the mythos he inspired, did not hold the key to dismantling drug distribution networks. If anything, several key figures in Latin America’s long history of bloodshed arose by capitalizing on chaos in the midst of American intervention. El Chapo cemented his place within the Sinaloa Cartel as Colombian and Mexican forces scrambled to retain control of their distribution networks. Mara Salvatrucha, which today wreaks havoc across El Salvador, was birthed from disenfranchised migrants in LA who were later deported –sent back to a war zone where they quite comfortably filled the power gap. On a broader scale, our intervention feeds the drug trade ever more ravenously: NAFTA and similar trade arrangements have left Latin American farmers unable to compete with massively subsidized American corn. In a nation of disenfranchised, it is little wonder the cartels began to take on a Robin Hood mythos.

Enforcing stricter immigration standards will do little to stem the flow of immigration as long as the structural causes continue unabated. As Alfredo Gutierrez notes, more often than not, deterrence means death:

"More troops, more equipment, more technology, longer and higher fences – and victory would be ours. Macho men armed with weapons of war rarely have the wisdom to admit failure. [Operation] Gatekeeper had succeeded in creating a deadly funnel that forced the undocumented to take the most dangerous journey north. The fruits of that funnel are venom-filled politics and death. The number of the dead will never be known. Border Patrol releases numbers of corpses found in the desert that are widely criticized as undercounted by the Pima County medical examiner and human rights groups"

Will the US continue to leave the most vulnerable at the mercy of our imperialist exploits?