Barry Schwabsky is the art critic for the Nation and on the editorial staff at Artforum. He has written several books of poetry and art criticism, and the latest is The Perpetual Guest: Art in the Unfinished Present, out now from Verso. In this new Five Book Plan, he presents his top five collections of critical writing.

A critic is a person. This may appear to be self-evident, but you wouldn’t know it from reading some of them. What has to be set down on paper (or, these days, on screen) is not just a certain number of relevant facts, perceptions, and judgements, but above all the constructed sense of an idiosyncratic individual, a being riddled with loves and hates, hungers and hobbyhorses, neuroses and mysteries, through whom and to whom all these things are made manifest in a way that is, as Baudelaire, said, “passionate, personal, and political.” The critic who makes his or her personality the main point, eclipsing rather than illuminating the art being discussed, has exactly the kind of personality that sets my teeth on edge — but still, the critic’s task is to use his or her human gifts and defects, both, to become the medium by which some illumination takes place.

The field of criticism encompasses many kinds and registers of writing, from the long-meditated scholarly monograph to the hastily dashed-off paragraph — more blurb than review — in a local newspaper. The kind of criticism that I practice is somewhere in between. I cover my beat and work to a deadline but I have enough time and space to dig in and, I hope, say something of substance. I like reading critics who’ve worked similarly, and their handling of the genre, and their construction of a persona, allows me learn as much from a critic of dance or music as from another art critic. What’s disturbing is to realize that — as my choices below show — I’ve been so dependent on male writers for inspiration. My only alibi is that women have until recently been much less likely to land positions as staff reviewers, or if they did — unless their name was Pauline Kael — to have their work collected in a book. (Where’s that handy round-up of Roberta Smith’s best work from the New York Times we need?)

Clement Greenberg set the terms for art criticism for a quarter century or more but did it on his feet, pounding the pavement as one of my predecessors at the Nation from 1942 through 1949 — not from a scholar’s armchair. This second volume of his collected writing covers a tumultuous time in American art, and Greenberg was prepared to meet it with fearless judgment and a certainty of having descried the vector of historical development that in retrospect seems almost lunatic in its intensity — and to my mind, all the more impressive for that. I’d like to be able to see the future as well as Greenberg thought he could when he opined that Jackson Pollock’s 1947 painting Phosphorescence (now in the Addison Gallery of American Art, Andover, Massachusetts) “will in the future blossom and swell into superior magnificence; for the present it is almost too dazzling to be looked at indoors.” I fear it’s too late in the day for that; the light is dwindling. But it’s heartening to recall that it was possible.

Is it surprising that, as a music critic — another regular contributor to the Nation, by the way — the author of Orientalism devoted himself solely to the tradition of European concert music from Bach to Boulez? Maybe it shouldn’t be, for the unspoken correlate to Baudelaire’s requirement that criticism “adopt an exclusive point of view, provided always the one adopted opens up the widest horizons” is that it is the reach of the writer’s passion that measures the distance covered. Edward Said’s passion was for resistance — resistance to cliché, to routine, to standardization, as embodied, for example, in classical piano playing’s “inherited traditions…ingrained in patterns of performance certified by famous teachers (Theodor Leschitizky, Rosina Lhevine, Alfred Cortot, etc.).” That very “etc.” is a dismissive gesture that speaks volumes. It is fascinating to see Said struggle on behalf of his passion precisely in what might seem a field most prone to dull reiteration, the performance of scores that have been played untold millions of times across a couple of centuries by musicians trained in a tradition steeped in authority. No wonder he was fascinated by an eccentric like Glenn Gould, one of those who — as Gould said of a composer admired by Said as well as himself, Richard Strauss — “makes richer his own time by not being of it.” Within the bosom of European bourgeois culture he could discern “an unusual rebelliousness, breaking barriers, transgressively exploring the basics of the art anew.” If I have a complaint about Said as a music critic, it’s that he conforms too much to expectation in being a proponent, always, of “intellectual” approaches to performance over “popular” ones. Surely he could escape being an intellectual at least for a few moments? Well, actually, no, he could never not be an intellectual, and this is how things sounded to him.

Pier Paolo Pasolini reasoned that if all the books are so many descriptions of the world, then criticism consists of descriptions of descriptions. He was already famous as a poet, novelist, polemicist, and filmmaker when, in 1972, he committed himself to writing a book review every week for the Italian magazine Tempo. It’s astonishing when you think about it, considering all the other demands on his time; but he was devoted to the task. He did not stop, for instance, while shooting his penultimate film, A Thousand and One Nights. His last column, a review of Leonardo Sciascia’s Todo Modo, is dated January 24, 1975; in it he explained that he was about to start making an extremely unpleasant film that was certain to leave him worn out, maybe even nauseated, at the end of each day. This would be, of course, Salo, or the 120 Days of Sodom. Reviewing novels, poetry, and nonfiction books on culture and politics, Pasolini does not speak of himself in personal terms much more than many other critics do, yet reading Descrizioni di descrizioni feels like reading a personal diary, for his response to any writer, however scathing, is always terribly human. As a result, it is no less fascinating to read his views on books entirely forgotten than on what we now consider classics of Italian or world literature — Calvino’s Invisible Cities, Morante’s History: A Novel, Zanzotto’s Easters, to name a few. In Mandelstam he finds “not a single poem in which any verse or couplet does not represent, as if it were an object, the spirit of Mandelstam.” Pasolini’s prose sentences are like that too. Someone should take on the task of translating them.

Edwin Denby was a dance critic for the New York Herald Tribune and the magazines Modern Music, Ballet and Dance Magazine, among others. His criticism was collected in two books, Looking at the Dance (1949) and the marvelously titled Dancers, Buildings, and People in the Streets (1965). Knowing nothing of dance, I read his criticism because of my admiration for his poetry, strangely undervalued; I can never forget his lines, “For with regret I leave the lovely world men made / Despite their bad character, their art is mild.” This book handily collects about thirty pages of Denby’s poetry alongside a substantial selection of criticism. Denby makes me feel as if I can see a ballet he’s describing — or, rather, see and even almost smell what the ballet itself was to convey, for instance “the fresh feeling of hillside wood and fields” in Martha Graham’s Appalachian Spring, embodied, he says, “in the way the still figures look off as if at a horizon of hills.” But his description always tends to evoke the widest possible implications, like — again — Graham who, in her Herodiade, “suggests in her gesture a great space about her” which “is, so to speak, the intellectual horizon of the character she depicts.” This manner of indicating the intellectual horizon makes each piece of Denby’s criticism something more like a sketch toward a theory of aesthetics.

The Village Voice began publishing Jonas Mekas’s Movie Journal in 1958. He was still going at it when, as a teenager in the 1970s, I discovered the Voice, then still home to many refreshingly idiosyncratic writers — and through it, realms of political and cultural possibility undreamt of in my New Jersey rust-belt environment. A 1972 compilation of these columns is long out of print — though the Columbia University Press promises a new edition imminently — but in the meantime the Leipzig-based Spector Books has produced this compendium, which includes numerous excerpts from the Movie Journal among other pieces, many previously unpublished. Eschewing critical distance, Mekas writes as a practitioner and enthusiast but also as a committed chronicler of which he was at the center. For that reason, it might be a stretch to call Mekas a critic — but it’s one of those stretches that’s good for the muscle being flexed, in this case the mind. Mekas’s faith is that “there are many ways of freeing the eye,” and he seems to want to try all of them. Better yet, he can describe all of them too; few writers are so good at evoking the sensations made by movies. Good poetry should make you want to write poetry, good music make you want to make music, good cinema make you want to make cinema — Mekas’s film criticism makes me want to write and make films both. What could be better?

Barry Schwabsky's The Perpetual Guest is out now. 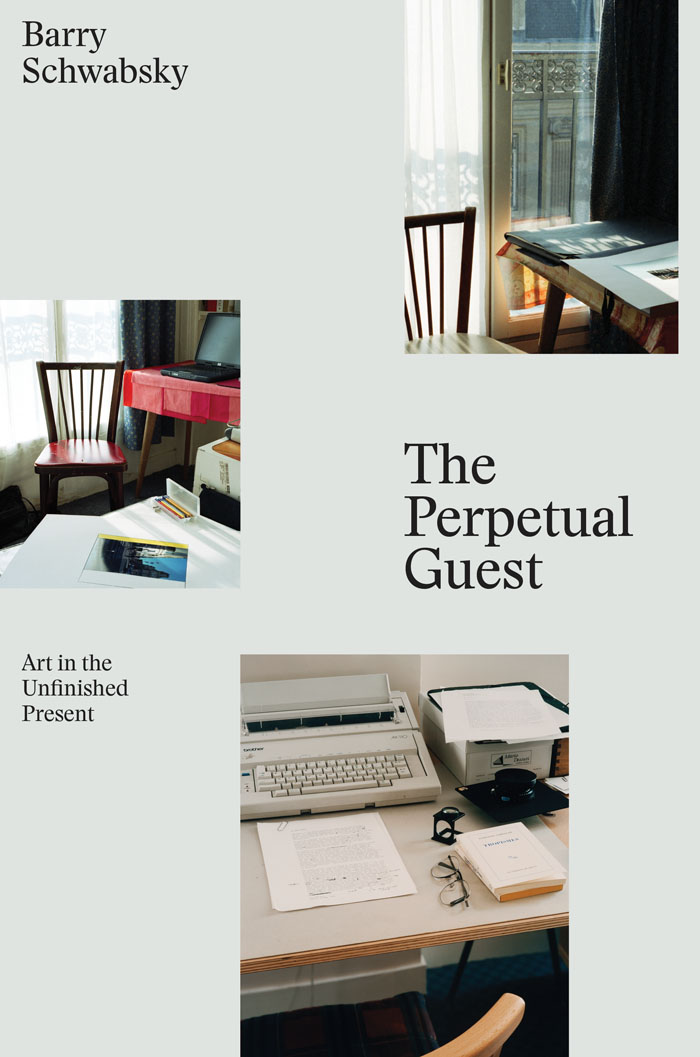