40% OFF ALL OUR BOOKS!
about 1 month left
Frédéric Lordon
comments

They’re closing the borders, let’s open up our schools!

Renowned intellectuals including Alain Badiou, Frédéric Lordon and Thomas Piketty put their names to a call first raised by students and professors: to welcome into schools and universities all those fleeing war, persecution and economic and environmental disasters. This article originally appeared in Libération and was translated by David Broder. 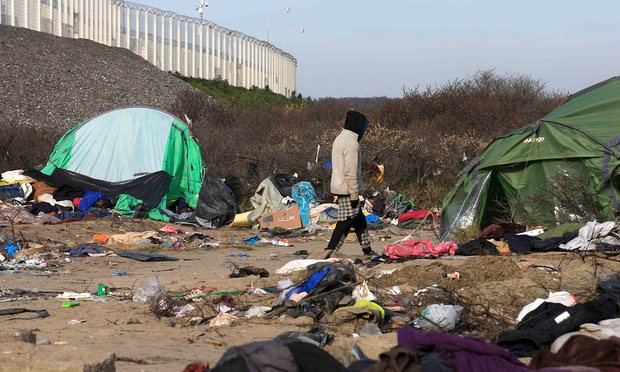 We have seen how impotent Europe has been in implementing reception policies capable of respecting the dignity and integrity of the exiled. We have noted the dehumanising practices of public powers who refuse to consider these women and men as individuals driven by plans and desires of their own. The authorities instead speak of flows, numbers, threats, and at best of these people’s potentials – all of which have to be managed, optimised and contained. We have witnessed the interminable logic of ‘having to wait’, which gradually dispossesses asylum seekers of all their dreams and of all hope. It is scandalous to remain indifferent as these policies eat away at people’s existence. It is intolerable for us not to react when we see the lack of means being devoted to ensuring these people a decent life on the territory they move to. And that’s why we think that today we need a different conception of how we welcome people.

If you spent a moment at the exiles’ general assemblies at the camps of Ventimiglia, Calais or Paris, in the accommodation centres across France, at the side of the migrants’ political associations, or in the foreigners’ support organisations, you would not only hear the basic, vital demands for the right to documentation and housing. You would also hear another demand being raised: the demand for the right to education, to learn French, to resume one’s studies. After all, often people in exile do not have access to school or university courses, and associations putting on French classes are overwhelmed. People who had elsewhere identified as students and intellectuals and planned careers for themselves now see themselves only being defined by arbitrary and impoverishing administrative categories.

But we have a place: the school. We have a fact: that language and knowledge are the foundations of dignity and the reconstruction of the self. And we have a demand: freedom to study and cultivate your plans on the land where you live. We decided to respond to this need. Everywhere since September 2015 groups have been taking form and programmes have been launched, very often supported by school and university management in order to facilitate refugees’ access to knowledge and to French classes – whether or not they have been recognised as ‘refugees’ by the French administration.

This was already the case in numerous schools and universities, and also through French as a Foreign Language (FLE) associations like Infléchir and Thot. Today hundreds of refugees and exiles have joined the reception structures that we have been helping to build. We have rejected injustice, and institutions have supported us in this engagement. This is not a matter of producing a new ‘humanitarian’ management project, nor entering into the logic of charity: too often these are the names of asymmetry and dispossession. Rather, we think that we have to try to combine our forces with those of people who have crossed the borders, who can suggest far more solutions than we ever will. It is imperative that we establish these common spaces. Our action is inscribed in a double emergency: on the one hand, access to a fundamental right – education for everyone; on the other hand, the need to make the university the site of openness and emancipation par excellence. This means organising FLE courses; putting in place language exchange programmes, cultural and sporting activities, films and discussions; opening up these institutions’ infrastructure (libraries, restaurants, campuses) to the migrant reception centres; organising orientation assistance, twinning programmes, tutoring and student partnerships, lectures where migrants speak, and social events serving as a space for us to meet.

There is a long list of possibilities and there have already been many successful initiatives. Students and professors are often at the origin of these: it only takes a few determined people to ensure that institutions take their responsibilities properly. In autumn 2015 promises from university presidents and calls for them to open up their establishments to refugees brought a wave of hope. So let’s make sure that this mobilisation makes itself felt everywhere where it is needed.

We – students, higher-education staff and professors acting in solidarity – are forming a collective in order to initiate and promote the creation of similar programmes. Our collective proposes to network all the existing or emerging initiatives, so that they can organise to respond to the needs of those most directly concerned. We call on those who are conscious of the need to act but do not know where to begin, what to do or to whom to address themselves, to contact us. Each initiative is autonomous and independent: we want to organise a horizontal working collective, operating on the basis of mutual trust, between all those making the same demands. This will be a fertile terrain for showing that another way of organising is possible, as well as for fighting for the right to education and the dignity of all exiles.