The belief that to have a woman in the White House, at any cost, should be a primary aim of today’s feminist agenda, has been promulgated by many voices on the feminist left, from Gloria Steinem to Eileen Myles. Over the course of the Clinton campaign, these opinions have been thrown into sharp relief, not only by grassroots movements in opposition to the political legacy of Bill, Hillary, and “the New Democrats,” but a growing chorus of left feminists. 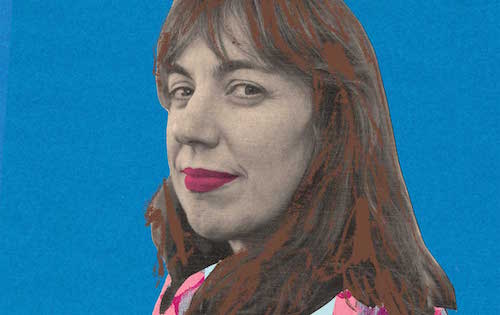 Though Hillary Clinton has all but clinched the Democratic nomination, drawing up a balance sheet of her political record is more pressing than ever. False Choices: The Faux Feminism of Hillary Rodham Clinton offers a powerful feminist critique of her “trickle-down feminism,” as well as a guide to her past and future policies which have had disastrous material consequences for most women.

In a recent interview on Chuck Mertz’s radio program This is Hell!, False Choices editor Liza Featherstone elaborated on the radical alternative to Clinton-style feminism: socialist feminism, which sees a crucial connection between women’s equality and access to basic social programs that redistribute wealth on a societal scale.

"Socialist feminism is a commitment to the idea that [...] the way that we get to a world in which women are full human beings takes a fair amount of concerted state action. If you are sort of a democratic socialist or social democrat — [a] Bernie Sanders type — you might say that that the way that happens is through redistribution, through programs run by the state such as universal healthcare, universal child care; that it’s that kind of society in which women are most likely to come closest to equality with men and to become full human beings. You can also look at socialist feminism in a more radical way and say the total abolition of class society and boss exploitation is likely to benefit women and create conditions where women can be more equal to men too. Living in the United States of America I would just take any kind of socialism, personally. I’m not very sectarian about this. But I do think that what’s important about the idea of socialist feminism is not necessarily what kind of socialism you have but the idea that the fate of women is deeply intertwined with the approach that we take to economic relations."

Part of what is so perplexing for Featherstone is the endorsement of the Clinton campaign by groups whose politics seem to be fundamentally at odds with her history of working shoulder to shoulder with anti-union corporations like Wal-Mart. Major unions, including the SEIU, have leapt to the support of Clinton; a contradiction that is made all the more stark by the supposition that

"[Bernie Sanders’s] agenda would so greatly benefit the vast majority of SEIU workers who are, you know, fairly low wage workers, people of color, women, who really need these social democratic policies that Sanders is advocating. [...] Even more inscrutably, Sanders supports the Fight for Fifteen, the fight for the fifteen dollar minimum wage which SEIU has been so vocally involved in; Hillary has made clear that she thinks twelve would be just fine."

Another contentious valence of the debate around Hillary’s candidacy concerns the degree to which she should be held accountable for the policies of her husband’s administration, especially around social welfare and policing. Against claims by Hillary supporters that she can’t be held responsible for these missteps, Featherstone argues rather that

"Bill and Hillary [have been] a joint project the whole time. Even in Arkansas they were referred to as ‘Billary,’ because their thinking on policy was so aligned and they were constantly influencing each other. Hillary was very engaged in Bill’s policies. On the crime bill, she actively advocated for it, she was involved in trying to get votes for it. It wasn’t like she was only making appearances at hospitals while all this was going on, The same is true with welfare reform, for throwing poor women and their children off cash assistance. That was something Hillary actively advocated for within the White House, as many memoirs from the period show. There were many that dissented from these policies[. . .] Hillary wasn’t one of those people. She agreed with it and praised it later, saying that people were no longer ‘deadbeats.’ It’s always fair on some level to blame Hillary for Bill’s policies, since they’re such a partnership. But on some specific issues, including crime and welfare, she felt very strongly and was actively engaged in promoting these bad policies."

This Is Hell! Is currently running a series of interviews with the contributors of False Choices. Donna Murch and Amber A’Lee Frost have also been interviewed on the show, speaking respectively on the dynamics of race behind Clinton’s crime bill, and the political censorship underwriting recent calls for social media civility.

To listen to Liza Featherstone’s interview in full, click here.