Our final bookshop this week is… News From Nowhere! 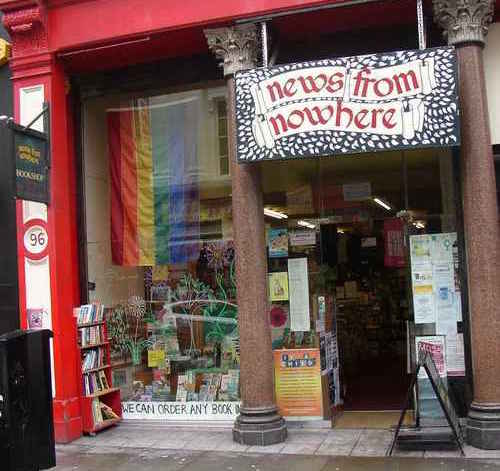 News From Nowhere is a workers co-operative based in Liverpool. It is owned and managed collectively by the paid workers – decision-making and all responsibilities are shared – and any profit remains within the business, paying for essential running costs and increasing an already impressive stock of books. The shop , It first opened its doors on Mayday 1974, and has been run as a Women’s Collective since 1981 – employing exclusively women, enabling them to build up their skills in bookselling, retail and accounts.

The Collective has never been afraid to confront controversial issues, for example stocking information on British repression in Ireland long before the Peace Process, pioneering self-determination for survivors of sexual abuse before it was widely recognised, or boycotting cheques from Barclays bank during apartheid. At the same time the bookshop's stock and philosophy reflect the hopefulness that 19th century socialist William Morris espoused in his utopian novel News From Nowhere: that a better world is possible. 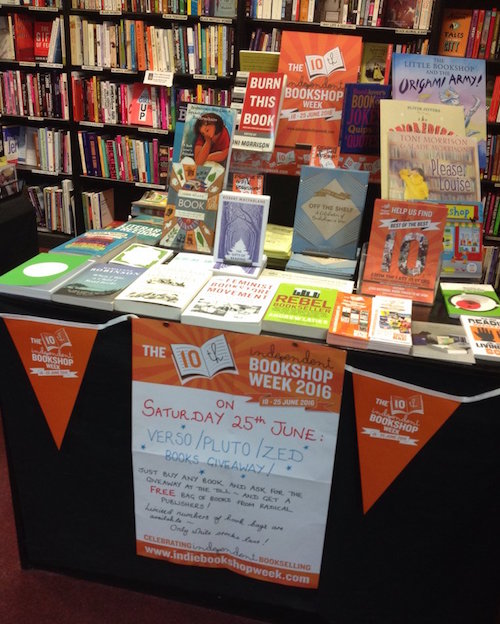 Hope in the Dark by Rebecca Solnit (Haymarket Books, 2016)
From the Zapatista movement to anti-nuclear protests, and from the anti war demos to taking on the oil industry, Rebecca Solnit examines a wide range of grassroots actions and activism worldwide – and shows the great and significant effect the campaigners have had. A hugely inspiring, illuminating, well-informed and brilliantly uplifting reminder of the power of the individual – and proof that lasting change really is possible.

Red Dust Road by Jackie Kay (Picador, 2011)
The new Scottish Makar, Jackie Kay, an adopted child of communist parents, wrote this memoir of her journey into her own multi-layered heritage, after deciding to trace her birth parents, a white Highland mother and a black Nigerian father. Humour, love, suspense, joy, heartbreak and optimism combine in this poet’s lyrical exploration of identity, race and family.

Our Bodies, Our Bikes by Elly Blue and April Streeter (Microcosm, 2015)
A cycling book by, for and about women that is inclusive of everyone! The writers discuss race, class, gender, ageing, dis/ability, mental health, the environment and the menopause. A wonderful book that celebrates bikes, women and the freedom, empowerment and joy that cycling brings.

The Arrival by Shaun Tan (Hodder Children’s Books, 2007)
This stunningly illustrated picture book follows a young man on his travels to a foreign country, in search of work – where he meets fellow immigrants – some of whom have fled war, oppression or persecution. Tan’s wordless images perfectly capture the disorientation of the immigrants who are cast adrift in an unfamiliar land – and the small, significant acts of kindness, generosity and compassion they encounter. A really beautiful and deeply moving book – and one suitable for all ages – this is one of our absolute favourites.

We Should All Be Feminists by Chimamanda Ngozi Adichie (Fourth Estate, 2014)
In this short essay (which was adapted from her greatly-admired TED talk), Adichie outlines issues of equality, sexism and inclusion. Drawn from her own experiences, this beautifully written little book passionately lays out the huge importance of feminism – and why we should all be feminists! Accessible, wise and enormously inspiring, this deserves to be read and re-read many times.