This year the UK-wide event Independent Booksellers Week takes place during the week of 18th-25th June, and we will be profiling our favourite radical bookshops alongside their top 5 radical reads each day next week on our blog.

Het Fort van Sjakoo is an anarchist bookshop in Amsterdam. As a warm-up for next week's indie bookshop focus, volunteer Joris takes us around the brilliant and revolutionary bookshop. 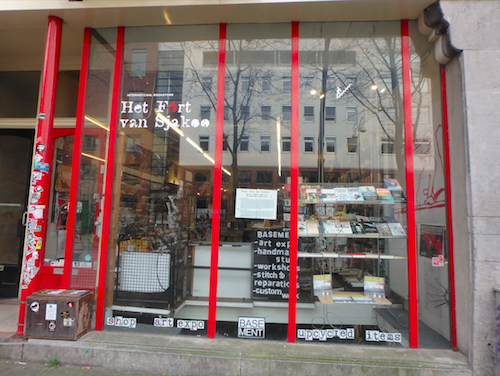 We’re an anarchist activist collective bookshop. Ultimately, I suppose you could say that we’re aiming for a global anarchist revolution, but that’s quite a long-term goal so on a day-to-day basis we provide a resource for people interested in all kinds of libertarian and radical ideas, anything that goes against the mainstream.

Our name – Het Fort van Sjakoo (The Fortress of Sjakoo) – refers to a Dutch Robin Hood-type figure, known as Sjakoo, who was operating in the early eighteenth century. He escaped from prison and fled with his gang of thieves to a hide-out in central Amsterdam, a building equipped with clever escape routes, hidden doors and secret passages. We’ve built a kind of anti-establishment fortress here, populated by our own band of social rebels. 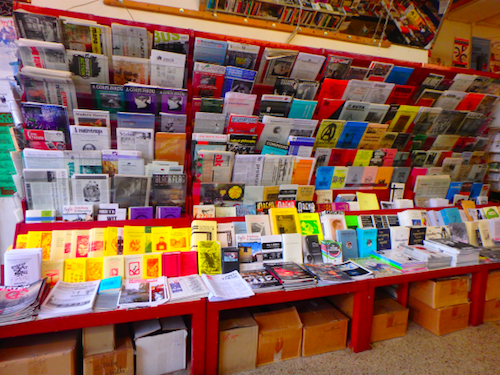 I’ve been a volunteer for fifteen years. The shop is entirely run by volunteers – everyone spends a half-day or so working here. The number of volunteers fluctuates but we have between ten and fifteen people. Every two weeks we meet up and discuss what’s happening at the shop, look through the publishers’ catalogues, decide which books we’re going to stock and so on. We try to make all our decisions consensually, and all the profit we make goes back into the bookshop.

We opened in a squat back in 1977. Our occupation of the building was part of a broader struggle to prevent the local area being turned into an exclusive development of hotels and shops. Eventually you could say that we won, as ownership of the premises was taken over by a housing association, the shop was legalised, and we started to pay rent like any other business. We’ve never had an owner, though, or been run along conventional lines. We’ve always been an anarchist collective. 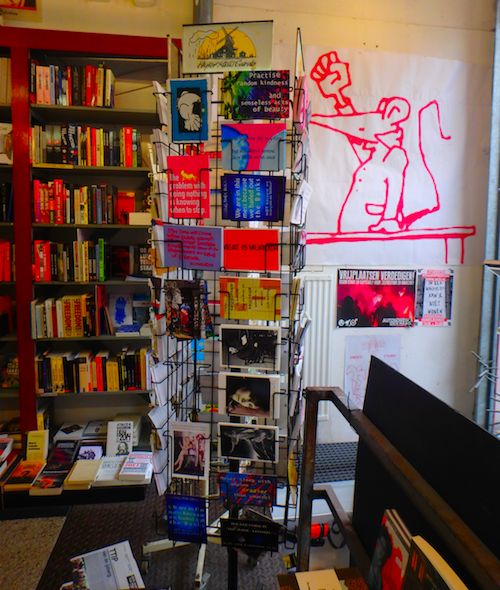 Ten years ago we ran into difficulties when the leadership of the housing association tried to kick us out by forcing up the rent by 900 per cent. We fought back – we occupied the housing association offices, some of their windows were smashed, we put a pie in the face of the owner of the housing association. The publicity we generated really got people talking about what was happening to Amsterdam, and how we were destroying our beautiful independent city, driving out everything that made it unique. In the end, the housing association gave us the opportunity to buy the building, so with the help of our many friends and supporters we managed to buy the place in 2003. We’re slowly paying everyone back, but we’re in a much more comfortable position now.

Our stock is our identity, and so our books reflect a broad range of radical ideas that stand in opposition to the mainstream – feminism, anti-racism, animal rights, environmental politics, the squatting movement, punk, anarchism, socialism, activism of all kinds, from all over the world. Of course, as a group we all have different interests and tastes, and so we try to reflect that in our ordering. The price of books is also really important to us – we want the books to be cheap enough for ordinary people to afford. Most of our stock is in English, as well as Dutch, German and other European languages. Our customers are tourists, local residents, students, people from the wider activist community. What they all have in common is their interest in radical social change. 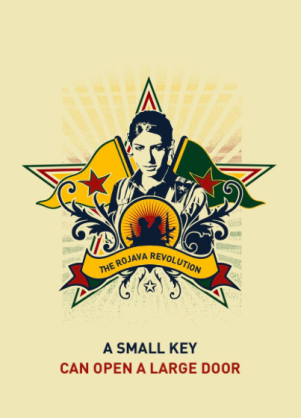 We don’t have what would conventionally be thought of as best-sellers in the shop – our idea of a best-seller would be a book that sold two or three copies a week, numbers which wouldn’t even register as significant sales in a normal commercial bookshop. Books that are always popular with our customers include The Society of the Spectacle by Guy Debord or George Orwell‘s account of the Spanish civil war in Homage to Catalonia. Authors like Noam Chomsky or Noami Klein are a good fit here and sell well. At the moment the new Squatting Manual is proving popular, as is the book A Small Key Can Open a Large Door,about the Kurdish people fighting for revolution and against Islamic State in Northern Syria. Currently there’s also a lot of interest in the book Roofstaat, which is about the horrors of Dutch colonialism. 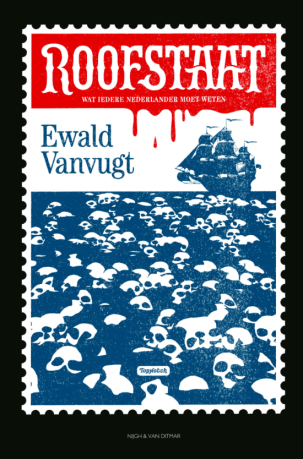 We wouldn’t be here without our friends and supporters. As long as people buy a few books from us, we can afford to run the building, and we will survive. The financial security our supporters have given us means that we can stock books because they’re interesting and important, and not because we think they will make us more profitable. Nowadays, of course, people can find all kinds of weird, specialised books on the Internet, but online they can only find what they set out to look for. Here in the shop, people stumble across books they never expected to come across, and make new discoveries. I like to think that they don’t just find new books, but like-minded people too. As a shop that originated in a squat, that’s really important to us.


This blogpost was originally published on Books Combined.