Translation, Anxiety—Notes from the Translators of Walter Benjamin's The Storyteller

Sam Dolbear is a PhD student at the Birkbeck College, London, and is a translator and editor of Walter Benjamin's The Storyteller, along with Esther Leslie and Sebastian Truskolaski. 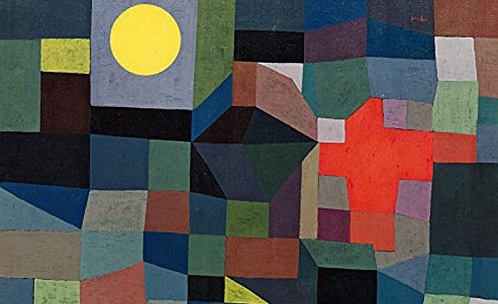 Paul de Man recounts a story in which Jacques Derrida, teaching a class using Maurice de Gandillac's 1970 French translation of ‘The Task of the Translator’ (1923), elaborates upon a particular sentence. The sentence is mistranslated, rendered as its opposite, and Derrida only realises this after a student, with the German to hand, points it out. Derrida nevertheless elaborates.[1] This is perhaps unsurprising, for ‘The Task of the Translator’ is one of those essays that slips around in the readers' hands. With every reading, it feels like it a new discovery; found posthumously in a mythical suitcase and slipped into the Selected Writings post-production. But reading and misreading cannot simply be attributed to the crimes of the translator, to personal amnesia or cognitive oversight; these tendencies are, to an extent, written into the text. The essay has arguments, ones that can be traced and pinned down, but any attempt to do so always explodes out of its own intention. To do so requires reconstruction, reduction and oversight, acts replicated through the very act of translation that fixes interpretation and judgement between the book's pages. This is to be resisted. If the original text defies definitive interpretation, the translator's task has to be one principally of deferral – the transferal of the task to the reader. To bring an incomprehensible text into the realm of comprehensibility is to kill it, to unalientate from its original composition,[2] to pin it down like a butterfly spiked in a museum's display case. This is even demonstrated, as Paul de Man points out, through the essay's original title, ‘Die Aufgabe des Übersetzers’. For Aufgabe can be understood as a task, assignment, or purpose but also as the act of renunciation or relinquishment. Paul de Man refers to a cyclist in the Tour de France who drops out. The cyclist, he says, “hat aufgegeben.”[3] Given ‘The Task of the Translator’ was written as the preface to Benjamin's translations of Baudelaire's Tableaux Parisiens, I wondered, upon my latest reading, whether the essay should be read as a letter of confession or even a letter of resignation. Benjamin did go on to publish Tableaux Parisiens (1923) and later Proust's Le Côté de Guermantes (1920/21) with Franz Hessel between 1925 and 1930, and so demonstrated that the resignation of the translator has to itself be resigned. For the slippage of the original text, as it slips further in translator's hands, is reflected in the slippage of language itself. This is ultimately a productive move, one that has a parallel in a number of word-games, coined by Benjamin and collected together in the third part of this volume. In December 1926, for example, Benjamin gave the following words to a eleven year old girl in Moscow: “Pretzel - Feather - Pause - Lament - Doohickey.” With these words the girl constructed a number of sentences: “Time curves like a pretzel through nature. The feather paints a landscape and, if there is a pause, then it is filled with rain. One hears a lament because there is no doohickey”.[4] In a commentary to this game, Benjamin writes that, to the child, words “are like caves, between which they know strange connecting paths.”[5] It is through these paths that a horde of analogies open up. Meaning is wrenched from convention and redrawn. New constellations crystallise. Each word, with a multiplicity of connotations, enters into new relations with other words through their placement and misplacement, a process is expounded through translation. The Aufgabe of the translator might have to be fixed through the ink of the book's production, but this act of foreclosure is brought back through the playfulness of words and the transferral of their magnetic play to the reader as an act of profane revelation.[6]

>>> The Storyteller is for sale at 40% off until Monday, August 8. Click here to activate the 40% discount.

[2] I'm not a translation studies expert but this position, as I understand it, is represent by the work of Lawrence Venuti

[6] Thank you to Hussein Mitha for looking over this draft. Any error or oversight is clearly my own though

Available for pre-order. This item will be available on April 11, 2023.