With all eyes on Britain's future in Europe after the Brexit referendum; how do we reconnect with the European continent? In this new Five Book Plan, author of The Last Communard: Adrien Lejeune, the Unexpected Life of a Revolutionary (which is 50% off until the 4th July!), Gavin Bowd, picks his top five books to help you become a bit more French... 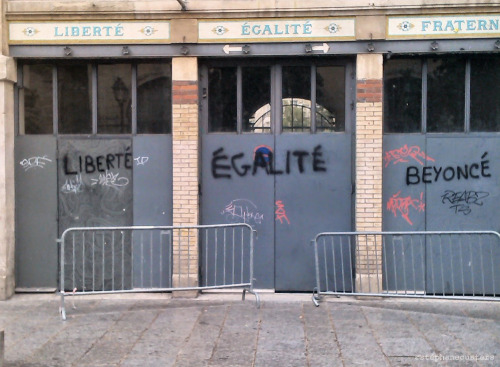 It is a well-worn cliché that Stéphane Mallarmé subscribed to the anarchist journal Les Temps nouveaux and that his abstruse poems could be construed as ‘bombs’ thrown at the literary establishment. However, in this admirable book, Vittorio Frigerio points out that Mallarmé’s libertarian contemporaries attacked him precisely for his ivory tower poetics. Frigerio then turns his attention to much more important things, painting a rich fresco of both anarchist literature and literary representations of anarchists. Anarchist writing in the late 19th and early 20th centuries took on many forms: poetry, short stories, novels, published in book and serialised form, adopting realism and naturalism as well as science-fiction. It was both anti- and pro-intellectual, violent and pacifist, and promoted l’amour libre and, it must be said, a rather idealised image of women. The fears and fantasies aroused by la terreur noire explain the disparaging representations of anarchists in the work of Henri de Montherlant, Villliers de L’Isle-Adam and Anatole France. In Le Château des Brouillards, Roland Dorgelès, by imagining the deflowering of la Vierge Rouge, Louise Michel, seems to conquer his attraction to a libertarian philosophy he finds sympathetic but doomed. A common motif on both sides of the divide is that of the anarchist as savage or prehistoric man. Jean Grave happily assumes his ‘barbaric’ status, while, in his remarkable novel, Les Merveilles de l’an deux mille, Emilio Salgari imagines his characters meeting a colony of indomitable anarchists at the North Pole; these ‘savages’ are in fact superior to the decadent, violent and cowed human beings they have encountered elsewhere on the planet. But the ‘prehistoric’ nature of the anarchists implies their ultimate and inevitable defeat at the hands of capitalist modernity. As Frigerio points out with undisguised melancholy: who today has ever heard of Henri Rainaldy or Brutus Mercereau or Fernand Kolney? This excellent exhumation of anarchist literature reminds us of the ephemeral nature of many movements and writers.

Louise Michel, ‘the Red Virgin’, is best known as the most prominent female figure of the Paris Commune, for which she was deported to Nouvelle Calédonie before returning to raise the black flag of anarchy. Less attention has been paid to the literary output of a woman who, from an early age, aspired to be a writer and corresponded regularly with Victor Hugo. It is therefore a great pleasure to at last see the publication of her novel, La Chasse aux loups (The Wolf Hunt) which had disappeared since its serialisation in 1891. The full text, along with variants and annexes, has been gleaned from the RGASPI archives in Moscow by Claude Rétat of the CNRS, who accompanies it with a superb introduction. Written while Michel was exiled to London, the novel makes disturbing reading, especially in the current climate, as it is an unashamed eulogy to terrorism. The stark message is ‘thou must kill’, and to a song, ‘the four knives’: one for the merchants, one for the priests, one for financiers, and the fourth for the Tsar. The hunt in the title is for ‘the human wolves’: thus the hunted, such as the Communards, will become hunters and avenge the carnage of the Bloody Week in May 1871. This is a frenetic narrative, leaping from St Petersburg to the East End of London and back, full of rather unlikely coincidences and sometimes turning into a bloodthirsty rant. It also has a poetic, even cosmic vision which echoes that of another incorrigible French revolutionary of the time, Auguste Blanqui. The tramps of London are portrayed as ‘human mud’ in which a new mankind will grow, while an opium-eating Chinaman demands repeatedly to be taken back to the docks and has visions of a universe in transformation:  the Revolution is literally written in the stars. For all its evident aesthetic faults, La Chasse aux loups takes us back to the turbulent political situation of la fin du siècle, while making us think about the attractions of violent struggle for an ideology. It also enriches our knowledge of the links between anarchism and literature. 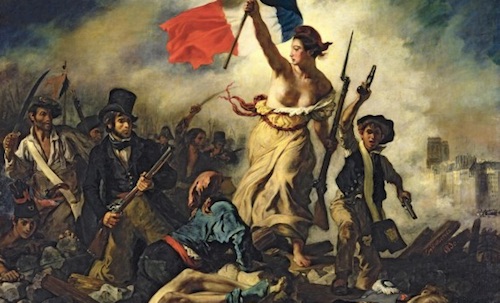 There are so many ‘secret histories’ of Paris, usually written by people with only the most tangential relationship with the city, but this is the ‘real deal’. Written by an unorthodox Resistance hero, during the 1940s, under and after the Occupation, Yonnet evokes a lost quartier that was drifted down and drunk dry by the Situationists before becoming the most vulgar tourist trap of the City of Light. Brilliantly translated, this text coaxes you down evil, supernatural streets: could you spend time with ‘the old man who appears after midnight’, Mina the Cat, Zoltan the Mastermind and Keep on Dancin’, or survive ‘the room where only the truth can be told’?

Not so long ago, in the French countryside, a cartographer sent from Paris might find that the peasants on his path could hardly understand a word he was saying, knew nothing about the next village, and, at the sight of his strange map-making instruments, would hack him to death. It is this secretive, superstitious and sometimes surly population which Graham Robb tries brilliantly to picture ‘in their unhistorical stillness, in the shadows of winter and the silence of towns and fields’. At least until the Great War, France was not ‘The Republic One and Indivisible’, but rather a myriad of self-governing pays, warring villages and tribal persecutions – notably of the still mysterious cagots. It was also a thicket of local languages: in 1858, when the Virgin appeared in Lourdes, she took the trouble to speak in patois. To an extent, the Republic was invisible: the awesome Verdon Gorges were only discovered in 1906. For better and for worse, most of France was tied to the land, a society always on the verge of collapse, pining for release from the pain and botherdom of living in the natural world. The local sayings are far from A Year in Provence: ‘Weeds never die’, ‘If only God was a decent man’, ‘When you’ve made a good soup, the Devil comes and shits in it’. At the same time, there is comfort to be found in magic and pagan worship: girls bestride phallic stones; effigies of saints are thrashed if prayers aren’t answered; hedgehogs are burned to death for sucking the milk of cows. There is also the company of animals: blessed lambs, smuggling dogs and dancing bears - but not Napoléon, the wild horse of the Landes, who, after a brief period of human captivity, led a fearless animal resistance movement. Paradoxically, this irrational ‘Hexagon’ was also linked by countless pilgrim paths, drove roads and tracks. Momentous news could spread like wildfire. Millions of Frenchmen were on the move: the Tour de France takes its name from the migratory route of apprentices. Paris was a magnet for singers from the Haute-Marne, stray cat-skinners of Saint-Oradoux, and Savoyard rent-boys . But this France was always going to be transformed by ‘progress’. War roads and, more decisively, wheat production would clear out the troublesome bocage that had sheltered the counter-revolutionary peasants of the Vendée. Road and rail telescoped space and spread products and literacy. In the Alps, deforestation created Romantic wildernesses visited by pioneering British tourists. In the Great War, the ancient Argonne forest was churned to mud. There fell a young officer, Alain Fournier, whose classic novel, Le Grand Meaulnes, is an elegy to a rural childhood idyll. And yet, at the end of Robb’s exhilarating journey, on bicycle and in library, France is a country that still has secrets. Beyond the walls of smug, picturesque Paris brood suburban tribes, prone to riot and rapine, whose arcane dress codes and weird patois would fascinate and frighten any foreign visitor. 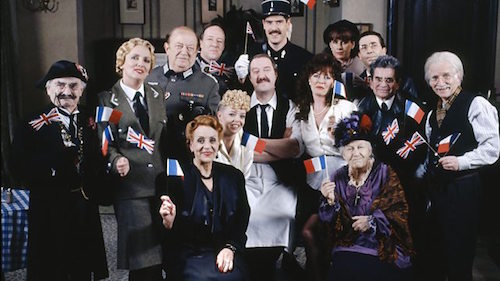 I guess that, for those of you who did not rally to the Proles’ Revolt of 23 June 2016, times must be hard. But if you wish to come to terms with the collapse of the value of your Dordogne timeshare, revisit this excellent book on the history of Britain and France’s love-hate relationship since the reign of Louis XIV, the Sun King. Beautifully written by Robert Tombs (the aptly named specialist on the bloody repression of the 1871 Paris Commune) and his French wife, this book explores with humour and analytical nous centuries of attraction and repulsion between these powerful neighbours. Before you ask that Shoreditch barber to slit your wrists, remember that the EU was not the only international treaty to be signed by Britain and France. There will always be bacon rolls and croissants in the morning. 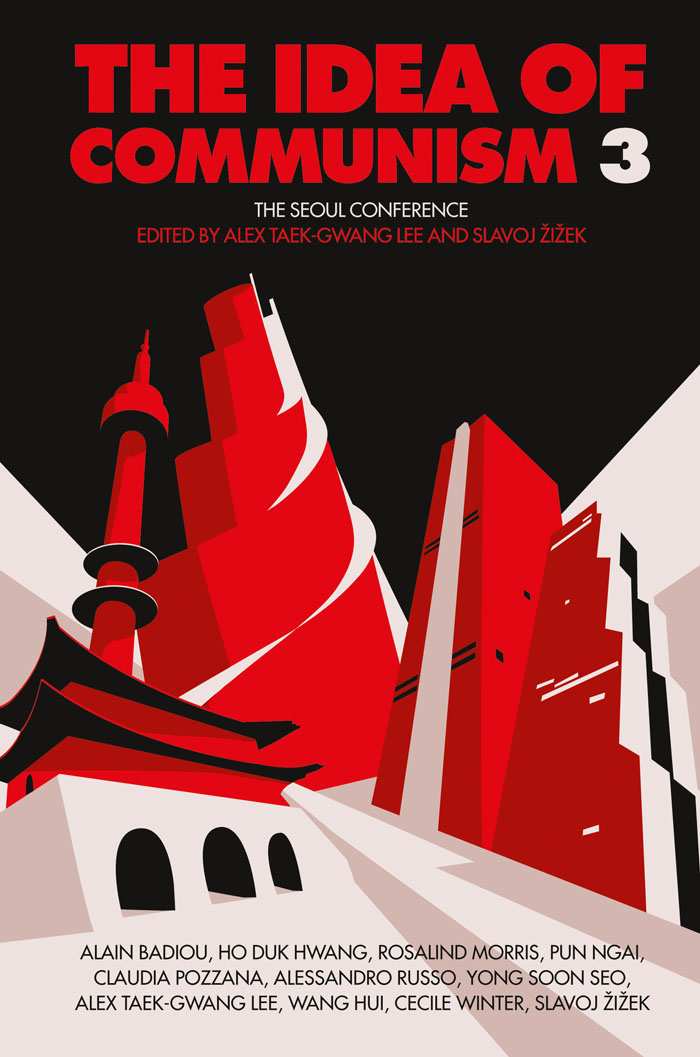