40% off EVERYTHING!
about 1 month left
Ben Mabie
comments

The American Sociological Association has announced that Jason W. Moore’s book Capitalism in the Web of Life: Ecology and the Accumulation of Capital has won the Section on the Political Economy of the World-System Book Award.

The PEWS Book Award is given annually to the leading text on the relationship between local and global social, economic, and political processes, whether of historical or contemporary significance. This marks the second time in three years that a Verso book has won this award, with Vivek Chibber’s acclaimed Postcolonial Theory and the Spectre of Capital winning the title in 2014. 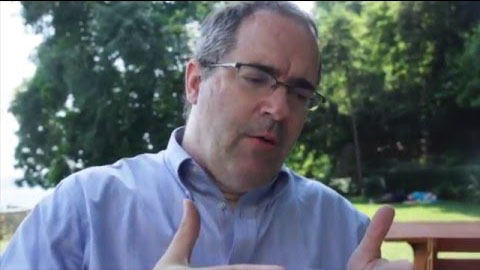 In Capitalism in the Web of Life, Jason W. Moore argues that the sources of today’s global turbulence have a common cause: capitalism as a way of organizing nature, including human nature. Drawing on environmentalist, feminist, and Marxist thought, Moore offers a groundbreaking new synthesis: capitalism as a “world-ecology” of wealth, power, and nature. Capitalism’s greatest strength — and the source of its problems — is its capacity to create Cheap Natures: labor, food, energy, and raw materials. That capacity is now in question. Rethinking capitalism through the pulsing and renewing dialectic of humanity-in-nature, Moore takes readers on a journey from the rise of capitalism to the modern mosaic of crisis. Capitalism in the Web of Life shows how the critique of capitalism-in-nature — rather than capitalism and nature — is key to understanding our predicament, and to pursuing the politics of liberation in the century ahead.

“Jason Moore’s Capitalism in the Web of Life is, above all else, an ambitious book. At once theoretical treatise and empirical history, Moore’s work strives toward a ‘“unified” theory of historical capitalism and historical nature’ drawn together within a new paradigm of world-ecology … Moore sets out to do nothing less than to articulate, under the name of world-ecology, a ‘new paradigm’ for critical scholarship on capitalism, world history, and environmental thought that will transcend, once and for all, the dualism that for him is the singular source of all of the violence of modernity.” – Sara Nelson, Antipode: A Radical Journal of Geography

“Moore’s theoretical contribution, and it is major, is his insistence that value is determined by, and capitalism is dependent upon, what he calls the ‘Four Cheaps’…His examples are wide-ranging and historical. Moore is at his best in this book when he not only ranges across centuries but also ranges across numerous fields of thought, most notably laboring to overcome the divide between Marxist value theory and ecology.” – Juliana Spahr, Meditations: Journal of the Marxist Literary Group

“If nothing else, the climate crisis demonstrates that the history of capitalism is a thoroughly ‘environmental’ one. This energizing book proposes an inventive framework for making sense of that past, and for orienting ourselves as we get down to the business of changing the future.” – Naomi Klein, author of This Changes Everything and The Shock Doctrine

“Jason W. Moore’s Capitalism in the Web of Life: Ecology and the Accumulation of Capital seeks to analyze the root cause of this impasse for environmentalism: the widely-shared view that “the environment” is a separate and unique part of existence outside of capitalism that capitalism devalues.” – The New Inquiry