Secularism Is The Fundamentalist Religion of France

The burkini bans have ignited fierce debate in France and worldwide, while opinion polls suggested most French people backed the bans for reasons of secularism, or laïcité.

Sara R. Farris, Senior Lecture in the Sociology Department at Goldsmiths, University of London, examines the fundamentalism of laïcité. 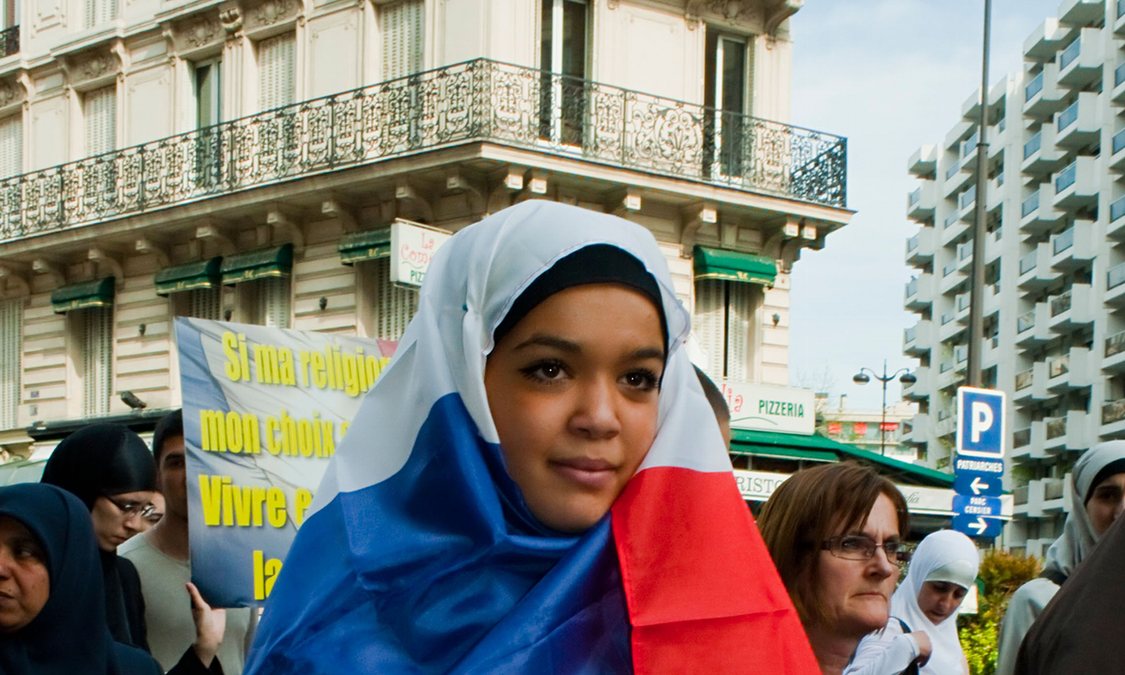 The shocking images showing four policemen forcing a Muslim woman to undress on a crowded beach in Nice have gone viral in the last couple of days. These images demonstrate, as Mousab Younis rightly put it, the utter racism behind the French state’s claim to be protecting secularism. Further, they demonstrate the level of violence the French state is able to exercise on Muslim women, while asserting its aim to rescue them from the alleged violence of their religion. So much has been written already on the humiliation this woman faced, on the absurdity of claiming that half-naked women – in a world of commodified female bodies – are more emancipated than fully dressed ones, on the colonial underpinnings of the French state’s historical attempts to force Muslim women to unveil.

Here, I would like to reflect on one fact, which has become obvious to anyone who follows the French frenzy over laïcité (particularly vis-à-vis the Muslim female population in the country).

French secularism is the fundamentalist religion of France.

German sociologist Max Weber famously defined religion as a belief system with a god, or a highest power, as its organizing principle, that motivates its members to act according to the system and to support it with zealous dedication. Furthermore, Weber offered two useful definitions of “sect” and “church”. “A ‘sect’ in the sociological sense of the word”, he wrote, “is an exclusive association of religious virtuosos or of especially qualified religious persons, recruited through individual admission after the establishment of qualification. By contrast, a ‘church’, as a universalistic establishment for the salvation of the masses raises the claim, like the ‘state’, that everyone, at least each child of a member, must belong by birth”.

If we try to apply Weber’s definition of religion and church to French secularism, it passes the test quite beautifully. Laïcité is not the absence of a belief system, but rather the belief that God does not exist and that other belief systems should be prohibited or ignored. Laïcité finds its highest power in the Republic. Just as religions provide their members with a set of values and guidelines for action, so does French secularism demand allegiance to its values and precepts from the citizens of the Republic. Furthermore, like a church, French secularism and the French state are based upon a universalist principle that nominates as citoyens all those who are born from a French citizen or on French soil (jus soli). And just like a church, French secularism persecutes and excludes the heretics, or those who don’t follow its rules. Laïcité therefore, is the dominant religion of France. And it is not a tolerant religion. Insofar as Muslims are French citizens, they must follow the dominant religion. Failure to do so, by maintaining other religious practices and rituals, is punished with disciplining.

What we observe everyday in France is the stigmatization and oppression by the dominant religion (laïcité) of the religion of the minority (Islam). When Muslim women are asked to remove the veil in public schools, the burqa in public spaces, or the burkini on the beach this is not a demand that they respect a religious-free space, but an injunction to conform to the values of the dominant religion.

Consequently, when we see veiled women being fined for refusing to swim half naked, we are not witnessing a confrontation between secularism and Muslim religious intolerance – as the French state wants us to believe – but rather a brutal assault carried out by the dominant religion against women professing a minority religion.

Segregated in urban ghettoes, discriminated against when they search for jobs, unemployed, obliged to remove their religious garments, and ridiculed in the media, the Muslim women of France are the victims of religious persecution carried out in the name of secularism.

If we are to imagine a future without fundamentalisms of any kind, then it is incumbent on us to understand that we are in the midst of a religious, as well as social conflict, where the French state acts as the guarantor of laïcité as the dominant religion, which also has its fundamentalist tendencies.

Sara R. Farris is Senior Lecture in the Sociology Department at Goldsmiths, University of London. She is the author of: In the Name of Women’s Rights. The Rise of Femonationalism, Duke University Press, 2017.