No to Solitary, Yes to Clemency for Chelsea Manning 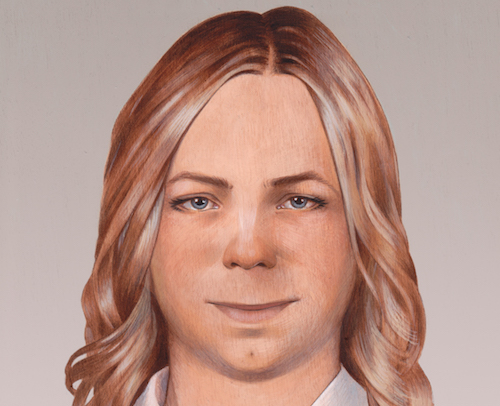 The latest punishment inflicted on Private Chelsea Manning is not only cruel, it is petty and ridiculous. In response to an act of self-harm by Pvt Manning last July, the US military authorities at Fort Leavenworth will penalize her with 14 days of solitary confinement (with seven days suspended), a punishment that can only aggravate suicidal tendencies. The punishment lacks both humanity and logic. How much more will Manning have to endure in the course of her 35-year sentence for providing government documents, not one of them “top secret” in classification, to Wikileaks?

It would be comforting to condemn this punishment and the eleven months of punitive isolation first inflicted Private Manning upon her arrest in 2010 as aberrations from American values and penal norms. In fact, the vindictive imposition of solitary in this case is par for the course. The U.S. has between 70,000 and 100,000 prisoners serving out some kind of solitary confinement. Pre-trial solitary, though not the norm, is regularly imposed without controversy. A measure that ought to be drastic, temporary and emergencies only has become a routinized feature of the U.S. penal system.

The consequences of this routinized sadism are awful, and go beyond the infliction of permanent psychological damage to the prisoners. California’s use of solitary as a measure against prison gangs seems to have strengthened and metastasized gang ties, one of few social bonds that can survive mass imposition of isolation confinement. Long-term solitary confinement is rightly viewed as torture, and international law is edging closer to condemning it as such.

Against this context of penal extremism, Chelsea Manning continues to fight for justice — and with success. A hunger strike Manning began earlier this month has ended with the US military consenting to her demand to for access to gender transition surgery. Manning’s earlier advocacy, ably assisted by the American Civil Liberties Union, has resulted in hormone therapy treatment being made available for transgender inmates of military prisons. These are a significant victory for transgender rights and justice in the US military, and as the armed forces have often been a bellwether for other American institutions, there is good reason to hope that these advances will diffuse new norms and standards throughout society.
Manning has now served six years in government custody, and although chances of a presidential pardon are virtually nonexistent, public opinion continues to shift inexorably in favor of clemency for the whistleblower. That two editors of the generally hardline national security website Lawfare should call for Manning’s sentence to be commuted would have been unthinkable a year ago. But this happened last week.
Securing clemency for Private Manning entails a long-term struggle to change what passes for common sense about the dystopian levels of American government secrecy and its resulting foreign-policy catastrophes. In the meantime, Chelsea Manning continues to be a woman of courage, integrity and uncrushable spirit in the pursuit of justice.

Chase Madar is a civil rights attorney in New York and the author of The Passion of Chelsea Manning: The Story behind the Wikileaks Whistleblower. He tweets @ChMadar.