Heaven Crawley responds to the eviction of 'The Jungle' camp at Calais, arguing that it is largely a symbolic attempt by the British government to reassert 'control' over borders in the context of Europe's political crisis. The eviction, and the reinforcement of the wall alongside the port of Calais, does not address the refugee crisis and the diverse reasons for why people move. Professor Heaven Crawley leads research on migration and human security at the Centre for Trust, Peace and Social Relations at Coventry University. She specialises in aspects of international migration, including policy, public attitudes and the experience of refugees and asylum-seekers.

Violent Borders: Refugees and the Right to Move, Reece Jones' exploration of the refugee crisis, focusing on how borders are formed and policed, is 40% off until Sunday, 30th of October at midnight (UTC).

Yesterday, the UNHCR announced 2016 has become the deadliest year on record for people trying to cross the Mediterranean seas to Italy and Greece, with more than 3,800 men, women and children died or were reported missing. Borders kill, of that there can be no doubt.

The violent borders of which Reece Jones speaks so powerfully in his excellent book are now so much a feature of our everyday lives that it’s difficult to be shocked by what we see and hear. Images of bodies washing up on European beaches would engender a sense of horror and outrage a year ago, yet they now pass us by. Today we see desperate people waiting to be rescued in rubber dinghies that have taken in water, creating an oily chemical sludge, in which some of their fellow travellers lie lifeless. A human soup of bodies rotting in the heat of the sun. Still no one seems to care, much less do anything. 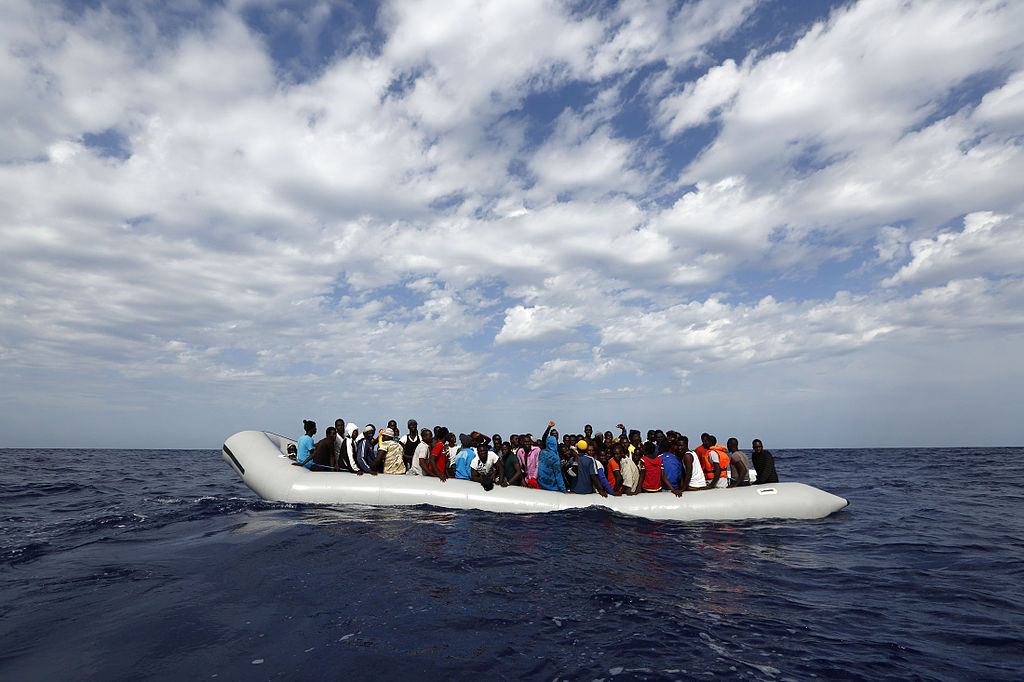 Borders don’t just stop people from getting in – they also stop them from getting out in the first place. Eritreans shot at as they attempt to escape from the indefinite military conscription that ties so many of their compatriots into a lifetime of servitude. Afghans living in Iran for whom racism and discrimination has become intolerable but who are prevented under Iranian law from moving freely. Syrians and Iraqis living in IS-controlled areas who are unable to move to areas in which they feel safe without permission. Where people are unable to cross borders in search of protection or a better life they resort to smugglers who in turn subject them to violence and exploitation. Three quarters of the people who had crossed Libya that we interviewed for our recent research experienced violence; a third had seen someone die.

But borders do much more than kill.

Borders, or more specifically the apparatus that is constructed around the border to manage, control and represent the line between ‘us’ and ‘them’, serve a very particular role in marginalising and dehumanising ‘the Other’, such that humiliation and violence becomes utterly acceptable, even taken for granted. Violence exists at the border because of the nature of what happens there, but it is also constructed symbolically. The threat of the Other has become an important part of the politics of the border, a way of managing and controlling migration that speaks to the needs and expectations of the body politic as much as it does to the movement of people themselves.

Nowhere can this be seen more clearly than in the events of the last week which has seen the destruction of ‘The Jungle’, a ramshackle collection of tents, caravans and building constructed from pallets and other materials found to hand, as well as buses and caravans, located on a small area in the sand dunes to the east of Calais. Even the name that this place has been given is a symbol of Otherness, suggesting a wild, untamed lawless environment in which people roam freely and uncontrolled.  The refugees and migrants living within its increasingly regulated boundaries have been talked about as though they were animals, fighting for survival and wilfully, cunningly trying to escape from the fences and barriers that have been built along its boundary in an effort to cage them in.

The French and British authorities have previously, unsuccessfully, tried to destroy ‘The Jungle’. Back in February, large sections were dismantled but it was a half-hearted effort which played to the media rather than addressing the reasons why people were there in the first place. And so they returned.

This time however the political stakes are higher. Having voted to leave the European Union at the end of a referendum campaign in which migration from Europe played a significant role, this was an opportunity for British political leaders to prove that the UK’s borders are secure. Helpfully the French authorities are keen to develop the land on which ‘The Jungle’ has been built. It’s what might be described as a win-win situation, for the politicians at least.

Things didn’t go exactly as planned to begin with. Under pressure from charities and subject to multiple legal challenges, the Home Office agreed to allow a number of unaccompanied children to come to the UK. Many of these young people were then ridiculed in the British press with claims that they were in fact not children at all, that the British public had been ‘duped’.

But on Monday, when plans for the evacuation of residents kicked in, the simultaneous deconstruction of ‘The Jungle’ and the reconstruction of the British border began in earnest. The fact that 540 accredited journalists descended on a site housing around 7,000 people tells you everything you need to know about the politics of the border: it’s about regulation and control, and the media is playing an increasingly important role in its construction and management.

‘The Jungle’ is, or was, home to people from a wide range of different backgrounds – men, women, families, unaccompanied children.  Volunteers working in ‘The Jungle’ to provide food, clothing, and a range of activities intended to create a sense of normalcy and restore the ‘everyday’ lives that the rest of us take for granted, will tell you that their backgrounds are wide-ranging and their reasons for wanting to come to the UK equally so. Many have family members with whom they hope to be reunited and rebuild a life. Others speak English, not French, and believe that their changes of findings work and integrating are better on the other side of the Channel. Some believe that their asylum claims will be treated more sympathetically in the UK, that they have a better chance of securing protection than in France. Such accounts are more than just ‘back stories’: they explain and make sense of why life in ‘The Jungle’ – and the potentially deadly nightly attempts to find a way to cross the water to the UK - was considered worth the risk.

All of this nuance, the detail of people’s lives, has been lost in the way the destruction of ‘The Jungle’ has been represented by politicians and the media. Instead we are shown images of young men loitering in groups or expressing their resistance. Queues of people waiting patiently to be processed do not make a good story—they don’t fit with ideas of the border as a place of lawlessness. Neither do stories of unaccompanied children being cattled by French police. Images of people refusing to leave and fires tearing through the site are far more consistent with the construction of the border necessary to keep out the violent Other.

The politics of the border go far beyond what is happening in Calais this week, far beyond the destruction of a few hundred ramshackle homes and the displacement of people who already have nothing. The destruction of ‘The Jungle’ is, above all, a symbol of the reconstruction of the border, an assertion of control in the context of a political crisis that has gripped Europe for the last 18 months. Equally symbolic is the decision to reinforce and extend the fence that runs alongside the road to the port of Calais. The 13ft concrete £2million barrier will stretch for a mile – and then stop.

Neither the destruction of ‘The Jungle’ nor the building of the wall will address the reasons why people have come to Europe in the first place or why they might want to get to the UK. There is plenty of evidence that social relationships and connections between places are a more powerful driver of onward movement as the promise of welfare and jobs. Nor have politicians acknowledged that those living near Calais represent just 0.4% of the nearly 1.5 million people who have crossed the Mediterranean since the beginning of 2015. Not everyone it seems wants to come to the UK.

But both of these measures serve as a powerful reminder of the violence of the border, violence that is increasingly being employed by states in a symbolic and practical effort to differentiate between those who – and do not – have the right to move. Or indeed any rights at all.