George Ciccariello-Maher is a writer, organizer, and professor of politics and global studies at Drexel University. He is the author most recently of Building the Commune: Radical Democracy in Venezuela, and is currently a visiting researcher at the Instituted for Social Research at the National Autonomous University of México (UNAM) where he is researching popular self-defense movements. Here he picks 5 essential book for rethinking the history of communal power in Latin America and beyond. 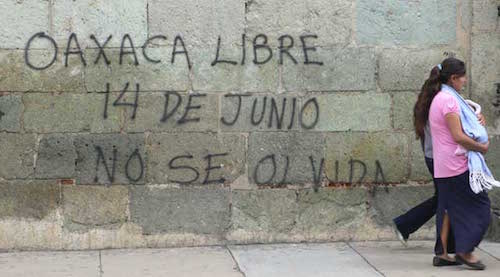 The Latin American commune dates to long before the events of Paris 1871. Never emerging fully-formed—why would we expect it to?—the history of the commune cuts into and across much broader struggles for popular self-government that began before colonization. Just as the Spanish comuna can encompass everything from a local community to a fully-fledged collectivist society, so too do we need to excavate the real, living history of the commune in a nuanced way that does not sacrifice social content to any predetermined form.

The 1780 indigenous revolt led by Túpac Amaru II was a central relay in a broader trajectory of hemispheric revolt just prior to the period of Latin American independence. Like other moments before and after, the moderate aims of the rebellion were quickly outstripped by radical demands from below.  Released in paperback earlier this year, Walker’s book provides the best account to date of the rebellion: its origins, aims, and unpredictable unfolding. The Túpac Amaru rebellion would soon inspire a chain of resistance elsewhere: further up the Andes, comuneros wouldrevolt along the Colombian-Venezuelan border, and in the tumultuous context of the French and Haitian revolutions, more rebellions—like the Afro-indigenous revolt led by José Leonardo Chirino in Venezuela—would explode into history. While Amaru was anti-royalist, however, subsequent struggles would not line up so easily with our received categories. In Venezuela, freed slaves and indigenous people would cohere behind the apparent royalist José Tomás Boves against republicans and even Simón Bolívar himself. In Atlantic South America, religious communities like Jesuit reductions professed a utopian communalism while self-styled comuneros attacked them, motivated in no small part by hatred of indigenous people. And in Brazil a century later, a movement for autonomy in Canudos would draw the ire of the modernizing, republican state.

Northeastern Brazil has long seen sustained struggles between central government and the stubborn residents of the “backlands.” In the 17th century, the region was home to a plethora of runaway slave communities, or quilombos. None was as impressive as Palmares, an autonomous community of between 10,000-20,000, which was only  beheaded and dismembered after an extended war with the Portuguese at the end of the century. Two centuries later, the region would see another struggle, this time around a religious commune led by Antônio Conselheiro in the 30,000-strong town of Canudos. Canudos was not a commune in the strictest sense, although da Cunha nevertheless identified communal and communistic elements there. But it is in many ways precisely because of this impurity of form—the intermingling of communal with anti-modern, religious, and monarchical elements—that Canudos, like Palmares, stands as a poweful example of what still remains to be thought in communal terms.

Kevin Anderson has documented well how, later in his life, Marx had begun to rethink the unilinearity of the path to communism. In an 1881 letter to Vera Zasulich, for example, Marx had come to recognize the “dualism” of existing communal forms—neither inherently capitalistic nor communistic—granting that some pre-capitalist communal forms might serve as a direct jumping-off point to a post-capitalist future. Many Third World Marxists like José Carlos Mariátegui would come to similar conclusions on the basis of practice itself. For Mariátegui, not only was the idea that communists ought to first build capitalism to pave the way for its overcoming too bitter a pill to swallow, but he further demonstrated—in the Seven Interpretive Essays above all—the utter futility of attempting to do so: that the structures of global capitalism prevented societies like Peru from developing a fully-fledged capitalism (and the potent class binary this entailed). As an alternative, Mariátegui—whose works are also collected in an excellent recent Anthology—sought an urban-rural alliance that would seek to build upon the sturdy foundation of indigenous communal forms: an “Indo-American socialism.”

Mexican-born Raquel Gutiérrez is not the first to theorize resistance and popular, communal subjectivity in Bolivia today, but her perspective is far from that of an outsider. In the 1990s, Gutiérrez was a member of the Túpac Katari Guerrilla Army in Bolivia, for which she spent five years in prison alongside Bolivian vice president Álvaro García Linera. Upon release, she played a central role in the Comuna research group which included García Linera and others before more recently joining leftist critics of the administration of Evo Morales. Gutiérrez seeks to rethink the explosive period of 2000-2005 in Bolivia as a historical rupture through the Quechua concept of the Pachakuti. Both a return to the past and the opening of an unknown future, the Pachakuti marks the moment in which the impossible becomes possible through a radical subversion of all that exists, and popular subjectivity is created and recreated through struggle. However, Gutiérrez seeks to do so without reinscribing this creativity in predetermined and overdetermined forms, and—in line with many other theorists of constituent power—views the enclosure of the movements in the Morales government as a form of “suspension” of the radical breach that is the time of the Pachakuti.

Gilly penned his classic account of Zapata’s “Morelos Commune” just down the street from where I write this—in the “Black Palace” of Lecumberri prison in Mexico City—where he sat condemned for his role in a more recent effort to resurrect the commune: that of 1968. In Mexico, the communal thread has been far from unbroken, dating to long prior to 1871, although the echoes of the latter in Mexico were strong. For Bruno Bosteels, however, communal struggles have long suffered the Achilles’ heel of a “missed encounter” between Marxism and anarchism, with Gilly among others seeking to impose preordained formulae onto living historical reality (Bosteels expands upon these themes in a forthcoming book: The Mexican Commune). Missed encounters notwithstanding, there has been no shortage of attempts to interpret Mexican realities through a communal lens. For example, after the emergence of the Zapatista insurgency in 1994, some spoke openly of “a commune in Chiapas.” And more than a decade later in 2006, when occupying teachers were repressed, residents of Oaxaca took over the city for more than six months in what was quickly dubbed “the Oaxaca Commune.”

The flame of the commune—here flickering precariously, there glowing brightly—will continue to throw light on struggles for self-government in Latin America and beyond.