40% off EVERYTHING!
about 1 month left
Neil Fitzgerald
comments

Speculative Aesthetics: Freeports as the Art Caves of High Finance

The Verso Prize for Cultural and Critical Studies is a new prize for the top student graduating from Birkbeck’s MA Cultural and Critical Studies. The inaugural prize has been awarded to student Neil Fitzgerald, for submitted work that was described as “truly exceptional” by the external examiner, who continued: “The dissertation is especially noteworthy and is possibly the best I have read in my career. By turns, bold, original, informed, and beautifully written, the project explores the question of whether human extinction, in the context of the Anthropocene, can be thought and mapped, forging in the process a speculative aesthetics to render sensible what is determined as a ‘supersensible event’.” Speculative Aesthetics: Freeports as the Art Caves of High Finance is a selection from the winning dissertation. 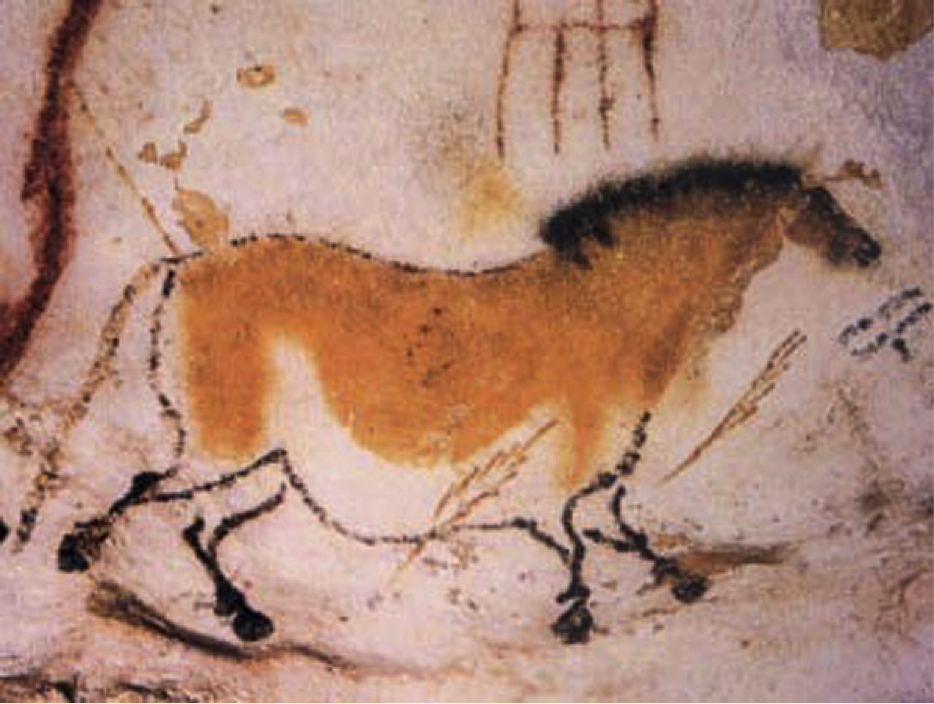 In a lecture given on January 18, 1955 in Orléans, the French writer and anthropologist Georges Bataillesuggested that the paintings discovered at the Lascaux caves in France in 1940 announce the presence of man on earth –  man ‘appeared on earth with art’. The paintings are figurative – ibex, bison, mammoth rhinos, often in the process of being hunted by arrows (Fig. 1) – and Bataille suggests they reveal a magic-oriented desire for ‘assuring miraculous hunts’. He acknowledges the irony of how this discovery of ‘our birth’ is being made at a time when ‘the notion of our death appears to us’ in the guise of atomic experiments in the atolls of the Pacific.

What Bataille repeatedly stresses in this lecture is the relation of these prehistoric artworks to a form of ‘wealth’. One problematic he addresses is the inability of the contemporary visitor to discover these primitive artworks without the ‘present-day world’ following the viewer into the ancient cave. He highlights the parallels between the cave entrance at Lascaux and a Paris subway station, complete with admission tickets, bookstore and postcards. Bataille retraces the moment three 15-year-old boys re-discovered the cave network and art in September 1940.  He quotes one of the boys describing their discovery in terms of discovering treasure – ‘a casket of diamonds or a cascade of precious gems’; they thought that their fortune had been made. Bataille continues: ‘If we suddenly enter this world, the oldest one that man has created, we are seized by a feeling of fabulous wealth’. Their translation of this stupefying event into this language, Bataille argues, is because the feeling of personal wealth is the strongest feeling a human can have: ‘Lascaux is…rich to the point of dazzling us.’ In contrast to such riches is the poverty of his contemporaneous world, wherein everything is submitted to the control of profitability with one exception: ‘the engineering and materials of destruction, works that today threaten to exterminate the species.’ Bataille suggests that if we see ourselves in the beings who created the cave art, it is because they offer us this feeling of wealth, a feeling undermined by the poverty of the present-day which accompanies the latter-day visitor. Linking the marvellous with material wealth, Bataille posits the connection between art and economics lies in the fact that a work of art requires labour to be produced: ‘the work of art is wealth expended without utility.’ ‘The feeling of richness’ and the fact of ‘being dazzled’ are symbiotically entangled.

Since Bataille’s lecture, the interrelationship between art and ‘feelings of wealth’ has taken on a substantively different meaning. In 2012, global sales of art were estimated at more than £40 billion. The richness of this symbiosis is usefully demonstrated by the rise of the Freeport (Fig. 2), secure warehouse complexes which are said to house millions of works of art, although the confidentiality afforded by these locations means precise numbers and their value are impossible to come by. 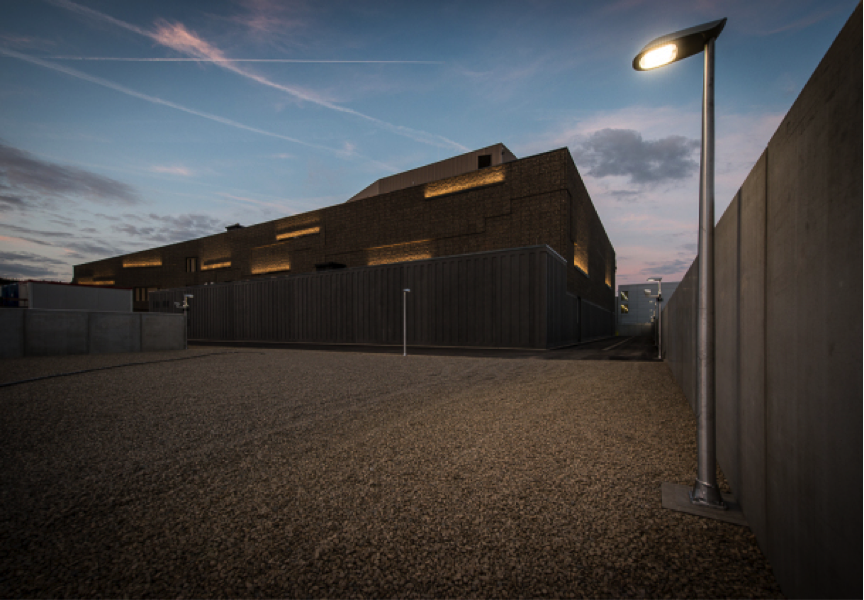 Freeports have garnered a reputation as ‘fortresses of art’ and ‘bunkers of the super-rich’ which operate as speculative safe-houses and galleries for the wealthy to shop in. It is noticeable how a martial figurative language is used to describe them as protection against potential attack. The website of Le FREEPORT in Luxembourg suggests clients choose their warehouse complex ‘to best preserve goods from theft, depredations, and climatic aggressions'. It is telling, however, that the locations of these warehouse complexes – Geneva, Luxembourg – are all in financial tax havens, suggesting that what they really offer protection against is an attack by the taxman. The key here is that the goods are technically in transit, and as such, are exempt from a raft of customs duties. The ‘port’ location ensures confidentiality, ‘not much scrutiny, the ability to hide behind nominees, and an array of tax advantages’, ultimately transfiguring these zones of transit into ‘permanent homes of accumulated wealth’. Tony Reynard, the chairman of a freeport in Singapore, believes the 2008 financial crash triggered a demand for physical assets such as art. These ‘physical assets’, however, are invisible assets, artworks carefully concealed from the view of thieves and taxation in high-security environments such as Le FREEPORT. Like death and extinction, these artworks are not part of human experience. Hidden from view, entirely withdrawn as phenomena, they move into the philosophical category of ‘non-existent objects’ – something that does not exist in reality, like unicorns or Sherlock Holmes, and yet can still be spoken about. Yet they still function as tradable commodities in a shadow market whose opaque transactions are legally sanctioned. The notion of ‘cave art’ has been inverted in freeports: these highly-secure climate-controlled structures now function as ‘art caves’, as places of un-seeing.

Within the Freeport art cave, artworks become objects of financial speculation – a tax-free safety-deposit box for off-shore assets. The ‘art object’ is wholly withdrawn, its historical ‘truth’ concealed in the logics of finance. Its existence becomes purely nominal, whatever value its title and artist can create on the market. The ‘feeling of richness’ or ‘wealth’ that Bataille spoke of in relation to the Lascaux cave art here becomes an economic investment – a feeling at once buried behind bureaucratic layers of confidentiality and secrecy deep inside the art cave’s security complex, and at the same time exterior to it – abstracted as an asset, a ‘feeling of richness’ revealing itself as a row of numbers on a balance sheet in another country. As Heidegger asked at the beginning of his essay The Origin of the Work of Art (1950-60), how does a painting go from a thing to a work? As a thing it can hang on a wall or be transported like coal. It becomes a work by doing the work of alēthia, disclosing a truth for a historical people. But today works are concealed behind concrete walls in art caves so that the concealing Freeport itself does this unconcealing, revealing the thingliness of works as speculative commodities, reified by an elite as mere financial resource.

Heidegger would perhaps see this as the culmination of the objectification of the aesthetic experience, of the art-object as mere resource. The ‘work’ of the art work is now done by money on the art market and by the artist’s name. A different version of Van Gogh’s A Pair of Shoes (1887) was sold at auction for $8.9 million in 2006 and now resides in a private collection. Heidegger’s pure notion of art also abstracts it from the logics of capitalism which the artist himself worked within. In 1888, Van Gogh writes about making his pictures have some ‘market value’; in 1883, he writes about not paying his taxes, demonstrating his poverty to the ‘assessors’ in his ‘four kitchen chairs’ and lack of ‘rugs, pianos, antiques’. In this conspicuous poverty, his house-cum-studio might be said to serve as a form of tax haven.

What brings the cave art and the art cave together are their susceptibility to the elements, including human observers. Both caves – prehistoric and contemporary – require a constant ambient temperature for the art to endure. Despite the vast temporal differences, the brute materiality of the art and its precariousness remain constant. Heidegger suggests that the art work creates a historical people who preserve the work and the truth it discloses in time, until it is displaced by a new disclosure. But now we find that later historical people are preserving earlier artworks. For example, the Chauvet cave art has been reconstructed using concrete-resin walls to preserve the originals from being damaged through human body temperatures disturbing the cave’s micro-climate. The simulacrum uses 3D scans, sculptures, and photos projected onto the rocks. Even the cool subterranean temperature of the original is replicated, as these atmospheric factors – darkness, humidity – are seen as integral to the ‘feeling of emotion’ generated by the original art.  The website boasts that visitors entering the replica cavern ‘will discover the world as it appeared to men and women 36 000 years ago’. Thus, in spite of Heidegger’s critique of the aesthetic experience of artworks, it is this very quality which engenders the preserving of the cave art. How such simulacra, be it the replica cave, Werner Herzog’s documentary film, or photographs, transfigure the original work of art, is an important question. The German Critical Theorist Walter Benjamin’s ‘The Work of Art in the Age of Mechanical Reproduction’ or Jean Baudrillard’s work on simulacra could provide intriguing frameworks for answering such questions.

In Heidegger’s essay, the earth is seen as the ontological horizon of all human being, which is now being threatened by the worlding of Late Capitalism, a system which benefits from concealing the truth of its destruction of its foundational earth. The Marxist philosopher Slavoj Žižek has suggested humanity’s ‘collective ideology’ is ‘mobilising mechanisms of dissimulation and self-deception’ rather than facing up to the climate catastrophe at hand and the necessary economic shift needed to counter it.[1] Are these freeports, then, one such mechanism of dissimulation and self-deception, seeking to conceal rather than unconceal the increasingly uneven strife between earth and world?