Capitalism: Its Death and Afterlife

"Before capitalism will go to hell, it will hang in limbo from an overdose of itself" - Wolfgang Streeck

An extract, taken from How Will Capitalism End? by Wolfgang Streeck, currently 50% off as part of our end-of-year sale. 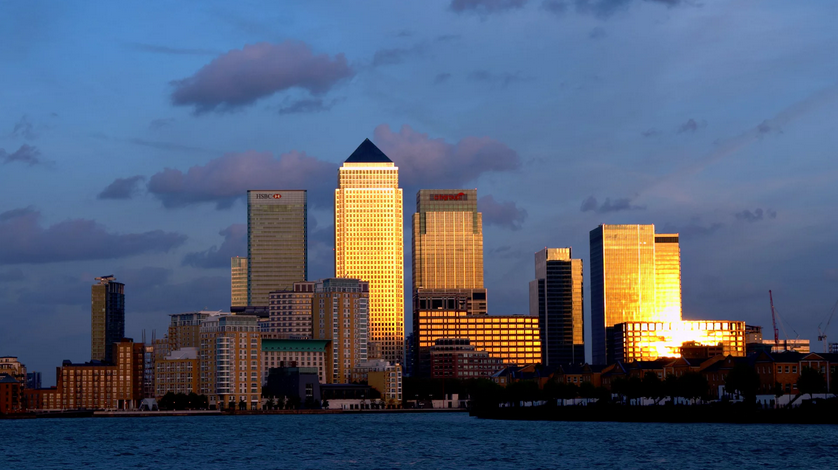 Capitalism has always been an improbable social formation, full of conflicts and contradictions, therefore permanently unstable and in flux, and highly conditional on historically contingent and precarious supportive as well as constraining events and institutions. Capitalist society may be described in shorthand as a ‘progressive’ society in the sense of Adam Smith and the enlightenment, a society that has coupled its ‘progress’ to the continuous and unlimited production and accumulation of productive capital, effected through a conversion, by means of the invisible hand of the market and the visible hand of the state, of the private vice of material greed into a public benefit. Capitalism promises infinite growth of commodified material wealth in a finite world, by conjoining itself with modern science and technology, making capitalist society the first industrial society, and through unending expansion of free, in the sense of contestable, risky markets, on the coat-tails of a hegemonic carrier state and its market-opening policies both domestically and internationally. As a version of industrial society, capitalist society is distinguished by the fact that its collective productive capital is accumulated in the hands of a minority of its members who enjoy the legal privilege, in the form of rights of private property, to dispose of such capital in any way they see fit, including letting it sit idle or transferring it abroad. One implication of this is that the vast majority of the members of a capitalist society must work under the direction, however mediated, of the private owners of the tools they need to provide for themselves, and on terms set by those owners in line with their desire to maximize the rate of increase of their capital. Motivating non-owners to do so – to work hard and diligently in the interest of the owners – requires artful devices – sticks and carrots of the most diverse sorts that are never certain to function – that have to be continuously reinvented as capitalist progress continuously renders them obsolescent.

The tensions and contradictions within the capitalist political-economic configuration make for an ever-present possibility of structural breakdown and social crisis. Economic and social stability under modern capitalism must be secured on a background of systemic restlessness4 produced by competition and expansion, a difficult balancing act with a constantly uncertain outcome. Its success is contingent on, among other things, the timely appearance of a new technological paradigm or the development of social needs and values complementing changing requirements of continued economic growth. For example, for the vast majority of its members, a capitalist society must manage to convert their ever-present fear of being cut out of the productive process, because of economic or technological restructuring, into acceptance of the highly unequal distribution of wealth and power generated by the capitalist economy and a belief in the legitimacy of capitalism as a social order. For this, highly complicated and inevitably fragile institutional and ideological provisions are necessary. The same holds true for the conversion of insecure workers – kept insecure to make them obedient workers – into confident consumers happily discharging their consumerist social obligations even in the face of the fundamental uncertainty of labour markets and employment.

In light of the inherent instability of modern societies founded upon and dynamically shaped by a capitalist economy, it is small wonder that theories of capitalism, from the time the concept was first used in the early 1800s in Germany6 and the mid-1800s in England,7 were always also theories of crisis. This holds not just for Marx and Engels but also for writers like Ricardo, Mill, Sombart, Keynes, Hilferding, Polanyi and Schumpeter, all of whom expected one way or other to see the end of capitalism during their lifetime. What kind of crisis was expected to finish capitalism off differed with time and authors’ theoretical priors; structuralist theories of death by overproduction or underconsumption, or by a tendency of the rate of profit to fall (Marx), coexisted with predictions of saturation of needs and markets (Keynes), of rising resistance to further commodification of life and society (Polanyi), of exhaustion of new land and new labour available for colonization in a literal as well as figurativesense (Luxemburg), of technological stagnation (Kondratieff ), financial-political organization of monopolistic corporations suspending liberal markets (Hilferding), bureaucratic suppression of entrepreneurialism aided by a worldwide trahison des clercs (Weber, Schumpeter, Hayek) etc., etc.

While none of these theories came true as imagined, most of them were not entirely false either. In fact, the history of modern capitalism can be written as a succession of crises that capitalism survived only at the price of deep transformations of its economic and social institutions, saving it from bankruptcy in unforeseeable and oft en unintended ways. Seen this way, that the capitalist order still exists may well appear less impressive than that it existed so often on the brink of collapse and had continuously to change, frequently depending on contingent exogenous supports that it was unable to mobilize endogenously. The fact that capitalism has, until now, managed to outlive all predictions of its impending death, need not mean that it will forever be able to do so; there is no inductive proof here, and we cannot rule out the possibility that, next time, whatever cavalry capitalism may require for its rescue may fail to show up.

A short recapitulation of the history of modern capitalism serves to illustrate this point. Liberal capitalism in the nineteenth century was confronted by a revolutionary labour movement that needed to be politically tamed by a complex combination of repression and co-optation, including democratic power sharing and social reform. In the early twentieth century, capitalism was commandeered to serve national interests in international wars, thereby converting it into a public utility under the planning regimes of a new war economy, as private property and the invisible hand of the market seemed insufficient for the provision of the collective capacities countries needed to prevail in international hostilities. After the First World War, restoration of a liberal-capitalist economy failed to produce a viable social order and had to give way in large parts of the industrial world to either Communism or Fascism, while in the core countries of what was to become ‘the West’ liberal capitalism was gradually succeeded, in the aftermath of the Great Depression, by Keynesian, state-administered capitalism. Out of this grew the democratic welfare-state capitalism of the three post-war decades, with hindsight the only period in which economic growth and social and political stability, achieved through democracy, coexisted under capitalism, at least in the OECD world where capitalism came to be awarded the epithet, ‘advanced’. In the 1970s, however, what had with hindsight been called the ‘post-war settlement‘ of social-democratic capitalism began to disintegrate, gradually and imperceptibly at first but increasingly punctuated by successive, ever more severe crises of both the capitalist economy and the social and political institutions embedding, that is, supporting as well as containing it. This was the period of both intensifying crisis and deep transformation when ‘late capitalism’, as impressively described by Werner Sombart in the 1920s, gave way to neoliberalism.

- extracted from How Will Capitalism End? by Wolfgang Streeck, currently 50% off as part of our end-of-year sale.