Juliet Jacques pays tribute to Mark Fisher aka k-punk, who died on Friday 13th January, 2017. Our thoughts are with Mark's family, friends and colleagues at Repeater.

Please donate to this collection organised by Mark's friends, comrades and colleagues to raise money for his wife and son, in the hope that it will allow them space to grieve and come to terms with their loss, and reduce the number of things they have to deal with at this devastating time.

It feels particularly cruel to have lost Mark Fisher at this moment, when his passionate and incisive voice is needed more than ever. A rare example of a popular British academic, Mark was renowned for his work on culture, politics, and mental health, from the Cybernetic Culture Research Unit in the late 1990s, through his influential k-punk blog of the mid-2000s, to his publications with Zero and Repeater Books, most famously Capitalist Realism (2009), but also Ghosts of My Life (2014) and most recently The Weird and the Eerie (2017) 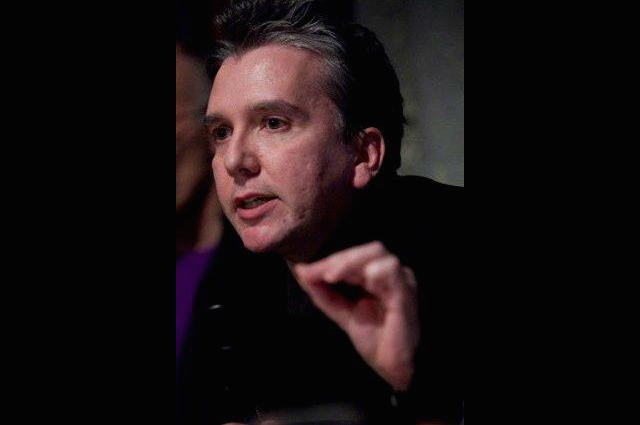 Mark was notable for confronting life’s harshest realities head-on, offering an unflinching analysis of neoliberalism and how it enforced its hegemony by colonising the minds of its subjects. His work on depression epitomised his approach: he took something that has been characterised as a modern epidemic and moved it from a medical context to a social one, emphasising that we live at a time when class consciousness and collective politics are at a historical low, and when the promotion of cruelty, selfishness and self-blame have become integral to the maintenance of the established order.

That may sound bleak, but Mark always offset that by seeking out hope wherever he could find it. This was often in film, television, or music: he kept an open mind towards underground and popular culture, being unforgiving of anything created for the wrong reasons but celebratory of anything that he felt expressed the possibility of a better world. He understood the worth of working within the mainstream, and being prepared to sacrifice one’s own sense of personal integrity if it meant changing minds on a large scale. Capitalist Realism sold more than 10,000 copies, an astonishing achievement for a short theoretical text about politics and mental health issued via a small publisher. Typically, said his friend Simon Reynolds, Mark did not quite appreciate how incredible this was, having long suffered from the impostor syndrome that Bertrand Russell and W. B. Yeats said was characteristic of the greatest minds.

Capitalist Realism helped to establish Zero Books, and its successor, Repeater, as a launchpad for radical writers, particularly younger ones those who had developed their voices outside the increasingly suffocating frameworks of mainstream media, and who in many cases had been part of the online circles centred around k-punk – a cornerstone of the ‘golden age of blogging’. He introduced many of us to each other, and gave us the confidence to combine the cultural, personal, and political in ways that felt thrilling and liberating. He always wrote with intensity, and urgency, and although he didn’t always get it right – the fallout from one piece on identity politics and radical activism was especially difficult for many of those who he had influenced – his output was never less than challenging, and I and many others still felt that Mark was on our side, however exasperating life on that side could be.

Personally, I was always grateful that Mark continued to encourage my work in a climate that often felt hopeless, and I was proud to call him my friend. Numerous writers on politics and culture have said that they felt the same; many of us owe our shared exchanges and experiences to Mark, so he will remain a vital presence, a ghost of our lives as we struggle to make sense of what feels like an ever-colder, more complex world. I urge you all to return to Mark’s work and run with the baton that he was kind enough to hand to us.