40% off EVERYTHING!
about 1 month left
Yasmin Nair
comments

March As Feminists, Not As Women 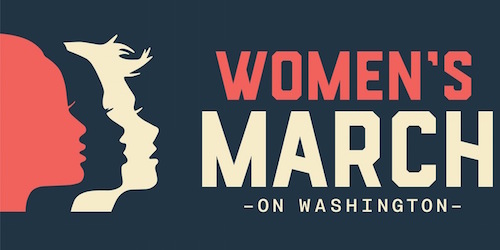 The Women’s March on Washington has been involved in so many controversies that it leaves my head, unprotected by a pussy cap, spinning. First came the charges that women of color were being left out, resolved by inviting several of them to co-organize the march. As Janet Mock has written, the march has mostly silenced sex workers. Currently, the phrase “sex work” appears just once, but it’s not hard to discern a gulp of distaste, a wrinkling of noses, in the sole reference to sex that remains, which implies that sex work can only be exploitative. For a brief moment in time, the march was so inclusive that it even included anti-abortion groups (they were swiftly dropped).

Health and other reasons make it impossible to do much marching for now, but I’ve been wondering, these last few days, if I would march. And then I hear and read the “messaging,” and cringe.

The slogan itself: The Rise of the Woman = The Rise of the Nation. Do I really want to be among people who are generally so clueless about the nation-state and all the damage it has done? There’s even an app, an app for the rise of the nation. How lovely! How convenient! A tap, and the nation itself rises, tumescent with greed and genocidal impulses, perhaps ready to bomb countries into submission. If I tap again, will it make the nation sink, deflated into a pink, soggy mass?

Then there’s the march’s theme: “Women’s Rights Are Human Rights, Human Rights Are Women’s Rights.” This is actually, and quite famously, a line from Hillary Clinton, delivered as part of a speech at the 1995 Women’s Conference in Beijing. It adorned tote bags and such, part of the merchandise you could buy on the 2016 campaign website.

Hillary Clinton is the woman who sneeringly dismissed the baristas who wanted a revolution, and who spent the last and extremely crucial months of her campaign brunching and champaigning with wealthy donors on Martha’s Vineyard instead of actually campaigning, who lost states like Wisconsin and Pennsylvania, erstwhile Democrat strongholds. This is the woman who still darkly insists that the Russians were behind her fall.

It was bad enough that I was expected to vote for Clinton simply because of my gender; I deeply resent the idea of now marching to recover her lost honor, which is what this feels like.

Yet, even as I roll my eyes about the many issues with the March and its ancillaries,  all of which seem to be dominated by Nice White Ladies, I think about the nine-year-old girl, the daughter of friends of a friend, who insists that her family drive from Wisconsin to participate in Chicago. There is a definite shift in the air when someone as young as that feels the need to participate in a framework that is both political and personal. And as much as I cringe at the thought of marching with annoying Nice White Ladies (who can sometimes be sweetly condescending to brown and black women but who are, to be fair, probably not all that nice, to their credit, in several different ways), I recognise that it surely means something that so many women feel compelled to march. That 70-year-old woman had to grit her teeth for years while her male coworkers groped her, or worse, and took credit for her ideas. There’s the professor who was told by the head of her department, when she asked for a raise, that she didn’t need one because her husband, also a professor, had just been given one. There’s the lesbian, too butch for her coworkers who, even if they didn’t grab her pussy, treated her like dirt.

There are also the many thousands of much younger women, cis, het, queer, and gender-non-conforming whose aspirations are stymied by an economy where they’re still likely to only make 75 cents to every man’s dollar (anyone on the LGBTQ spectrum is likely to make even less). Something new has come into the air to make so many decide to march.

But what, exactly, are the marches calling for? In the case of the Chicago one, there isn’t even a call to action. The call instead is to, “connect, protect, and activate for women’s rights, civil liberties, and diverse issues.” It’s unclear what any of this means, a string of verbs shielded by a wall of unsteady, slightly tremulous nouns who look like they’d rather be elsewhere, please.

Much is being made of the idea that Trump’s presidency represents a new age where our basic rights will be taken away. While there can be no doubt that things will be much worse, it’s dangerous to forget that we are here because of a long steady stream of changes in the near past.

Consider abortion. Women are now pouring money into Planned Parenthood and insisting that they fear an end to women’s rights to abortion. I have news for you, ladies: The vast majority of women in this country have practically no access to abortion; we have witnessed, under both Democratic and Republican leadership, a steady attrition of abortion rights. In most places, notification rules and waiting periods and directives given to doctors are so stringent that it is impossible, in the most practical terms, to actually get one. Hell, even going to medical school is no longer a guarantee that you’ll be trained in the procedure, as this piece by a medical student reveals.

The Clintonian discourse of rights that the marches are so steeped in maps systemic problems onto the body, individualizes them, and fails to recognise structural issues.

Ironically, by placing “rights” as the baseline from which to approach issues, the organizers delink us from our corporeal and material realities. To march as women requires us to do little more than consider our embodiments in the here and now (with perhaps some reflections on “women across the ages” or something).

This doesn’t mean that women who march aren’t feminists, but the various marches are sometimes going to great lengths to position female protesters as divorced from a feminist agenda (reports indicate that participants are nervous that women might actually become, horrors, angry and start to yell and scream; few even call these events protests).

The point is not even whether or not individuals are marching as feminists, but how the marches are being framed. If the women’s march and its affiliates were defined as feminist, affluent women on Wall Street would not be adopting the mantles of saviors. A Times article quotes Jodi Schwartz, a corporate tax lawyer, as feeling “duty-bound” to march and “speak for others who “might not have health care or might not have access to abortions.” This is the problem with rights discourse, which individualizes women’s issues as a matter of who has privilege or not: It allows for women like Schwartz to forget — or evade — the fact that the point is not to save those with less privilege, but to dismantle the very systems that create so much inequality that poorer women must depend on people like Schwartz to rescue them.

The burden is not on Schwartz to leave her job, but for all of us to build upon and develop a stronger discourse of feminism.

A march that is feminist and therefore anti-capitalist would be a place where no one would dispute that denying women the rights to abortion is to deny them economic and political equality; it would recognize that there is no ending of any kind of inequality without full and unquestioned rights to abortion. That drone wars, the kind so relished by both Obama and Hillary Clinton, are anti-feminist; not just because they hurt women and children but because they participate in empire-building, the sort that accumulates capital for wealthy people like the Clintons and the Trumps.

A women’s march is terrified of or angry at a monstrous man, a feminist one understands how to vanquish the system that birthed him. Tomorrow, march as a feminist, not as a woman.

Yasmin Nair is an academic, writer, and activist, and the co-founder of the radical queer editorial collective Against Equality. She is a contributor to the Verso anthology, False Choices: The Faux Feminism of Hillary Rodham Clinton, edited by Liza Featherstone.