The Sexual Division of Labour

The following essay is by Gail Lewis and is taken from "Black Women's Employment and the British Economy" from Inside Babylon.

To mark May Day, we bring you a selection of May Day Reading from the Verso Archive covering care work, sex work, black liberation & more; from Angela Davis, Gail Lewis, Melissa Gira Grant, Isabell Lorey, and Kristin Ross. Read them all here.

The concentration of women workers in particular occupations and sectors of the economy is one manifestation of the sexual division of labour which pervades all aspects of society. Primarily the sexual division of labour in British society is based on the ideological separation of the spheres of production and reproduction into ‘work’ and ‘home/family’. The former is considered the sphere of men and the latter that of women, with the wage acting as the mediating factor between the two spheres. Moreover the assumed ‘naturalness’ and desirability of this ideological division is presented as though it were a historical constant which matched contemporary social reality.

In fact the development of the concept of the ideal family type, desirable and attainable for people of all classes in Britain, itself grew out of the changes which accompanied the development of capitalism. A full discussion of the processes which gave rise to the articulation between the extension of capitalist social relations and the ideology of ‘separate spheres’ is beyond the scope of this chapter. However for our purposes it is important to note two points. The first is that the idea of separate spheres accompanied that of the single family wage which was earned by the ‘male breadwinner’. This means that while the preservation and reproduction of the household was more firmly wedded to market relations as articulated by the wage, women were less able to directly influence developments in the wage labour or production sphere. Meanwhile men were tied more deeply to the necessity to earn a wage and an ideology of masculinity, and as a result they were expected to be able to pronto singlehandedly the ever-expanding supply of household commodities which the expansion of productive capacity and the changing domestic economy gave rise to.

The inadequacy of many individual ‘family’ wage rates for these purposes was to act as a contributory factor in the demand for state-provided welfare services, since these were essential if women were to be freed for the labour market and new standards for the reproduction of labour were to be met. The possibility of the state providing some level of welfare services was increased by the expansion of the domestic productive base from which some surplus could be redirected for these purposes, together with that portion of surplus which came from the extraction of super-profits in the colonial world.

However a second consequence of the increase in the production of consumer goods and the provision of welfare services was an increase in the demand for labour in the immediate post-Second World War period. This increase was partly the result of the tensions between production and reproduction which were generated by the ideology of separate spheres for men and women. Importantly this was one contributory factor in the expansion of the demand for labour in those manufacturing and service sectors into which black workers were recruited in the 1950s and early 1960s. Examples are the transport, construction, food and drink manufacture (particularly of convenience and snack foods) and the NHS.

For women as a whole however this tension led to a redefinition of their role as wives and mothers so that it could now include the possibility of their participation in the world of ‘work’. Thus the second point to note is that by the 1950s the ideology of separate spheres included the notion and fact of ‘dual roles’ for women. At one level this was a representational shift based on the need to incorporate women into the labour force which the expansion of productive capacity and the requirement of an increased number of commodities for the domestic economy gave rise to. Women became wage workers in both intensive production processes and the expansion of office work. At another level however the concept of the dual role was itself related to the continuation of the idea that women’s primary responsibility was that of the home and the family. This was itself to give rise to another contradiction.

On the one hand women who were engaged in paid labour were regarded as acting responsibly in that this second wage enabled the provision of consumer durables for the household, and even the house itself, which had escalated in cost yet were increasingly becoming essential requirements for the ‘efficient’ running of the modern household. Despite this however women were still regarded as working for ‘pin money’. The notion that the wage earned by married women is secondary to that of husbands is one factor in determining that all women's pay (married or not) is lower than men's. For example, the Employment Gazette (November 1989) showed that in 1989 the earnings (excluding overtime) of women in full-time paid employment averaged 76.4 per cent of men’s. Taken as a total ideological construct then the  notion of ‘separate spheres’ serves to reinforce a sexual division of labour both within and outside the household and acts to determine which occupations women are most commonly found in as well as preserving their position within the industrial reserve army of labour. Moreover changes within the ideology of the sexual division of labour not only mirrored developments within the accumulation of capital but also had material repercussions which were to partially determine the industrial location of black workers in the British economy. This is an important point which is more often than not overlooked by writers concerned with the position of black people in Britain because they fail to see the relevance of gender divisions within society as a whole and between men and women.

From the foregoing it is clear that an analysis of the role of black women workers in the British economy must be contextualized within an understanding of the dynamic and impact of the sexual division of labour. This is so not just because such an understanding helps to explain the occupational and sectorial concentration of all women workers but also because it helps us to understand the forces which give rise to the expansion of these occupations and sectors themselves.

This is not to presume that the effects of the sexual division of labour on women's employment experience is uniform. Gender categories need to be disaggregated by 'race'; and when this is done disparities emerge.

Two further points need to be mentioned. On the one hand whatever the wider ‘economic’ effects of the ideology of separate spheres, this notion gave rise to an additional assumption that all migrants who came to Britain with the primary purpose of finding paid work were men, since it is men who are universally deemed to be the main breadwinners. On the other hand to the extent that it was recognized that black women came seeking work in their own right, it was assumed that these women had no family/domestic responsibilities whose fulfilment required an ‘adequate’ wage. Their very migrant status was assumed to mean that the problems associated with the ‘dual role’ were absent as far as these women were concerned. Of course in the 1950s and early 1960s this was to some extent partly true and was reflected in the overconcentration of black women workers in occupations where part-time work is less common, for example in manufacturing as opposed to office work.

Moreover, whether or not the assumption about the lack of domestic responsibilities within Britain vies true at that time, items more often than not the case that early black women migrants had financial responsibilities for dependants in the Caribbean or elsewhere. The number of Caribbean-born young women and men who remember the departure of their mothers for England while they were left with a grandmother or aunt, is eloquent testimony to this. Consequently the low wage rates paid here often acted as a fetter on her ability to fulfil these commitments, particularly given the relatively high cost of living in Britain. It is not therefore surprising that the burden of dual responsibilities together with low wages acted as a compulsion to work overtime and shifts to maximize the weekly pay packet. Indeed such is often the case in the 1980s. Black women workers are thus caught by the low wages associated with the assumption that women work for ‘pin money’, the effects of racialism as practised by employers (and in some cases unions), and the downward pressure on wages that the physical separation of black workers’ productive capacity from the previous site of their reproduction (i.e. home) gave rise to.

By the mid-1960s the situation was changing as it became clear that black people were here as settlers and it was increasingly impossible to assume that black women workers did not have ‘dual role’ functions to perform at home and ‘work’. Indeed in some measure this fact was itself the outcome of government attempts to restrict the size of the black population by the introduction of immigrant controls. The change in the status of black workers was itself accompanied by the development of a different kind of racism which was directed at the level of reproduction (e.g. concerns over housing, community facilities, education etc.) and the so-called ‘problems’ which it was anticipated would arise within this sphere because of the presence of black families in Britain. This new racism covered all aspects of social life and included hysterical ‘rivers of blood’ type speeches by leading politicians and alarming developments in the policing of inner city areas where the majority of the black population lives. An important additional element from the point of view of black women was the rise of the notion of the ‘pathological’ black family, a notion which is nothing other than a racially specific ideological assault on the black population in general and black women in particular. Its roots lay, at least in part, in the tensions associated with the particular way in which black women are forced to bridge the ‘separate spheres’ (e.g. full-time hours in shifts) and, importantly, the community-based struggles in which these women are engaged in the attempt to alter the terms on which they performed their dual roles. Consequently the ideological assault has been accompanied by a host of institutional practices by ‘welfare’ agencies. Indeed it is the struggle within this arena which has been the sharp edge of black people’s political action for some time and it is often even at the core of many of the industrial struggles that black women have engaged in over the years. Hence the common scenario of a mobilization of the community behind strikes, Grunwick being a classic example.

Taken as a whole then, developments within the sexual division of labour have acted in concert with developments within the wider economy, which together with the ideology of racism and the practice of racialism have determined the place of black women workers in the British economy. Moreover the effects of the cyclical crisis have led to a period of major restructuring in all spheres of social life which will have material effects on black women's employment prospects. 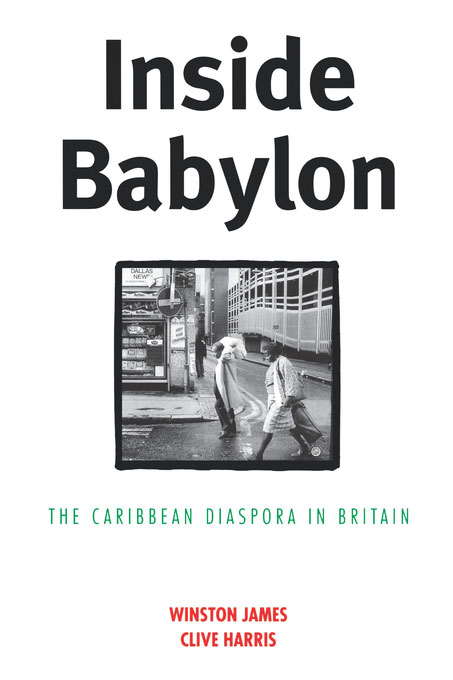