40% off EVERYTHING!
about 1 month left
Ray Filar
comments

Ray Filar interviews the poet Eileen Myles as part of an occasional series about gender on the Verso blog.

Eileen Myles is the only poet I know to have both lived in poverty and run for President of the United States. Trump’s plans to end national funding for the arts are now emerging, alongside his ongoing political assault on marginalised communities in the US: migrants, people of colour, women and queer people. Within this context Myles’ work is a challenge to the idea that art isn’t political. 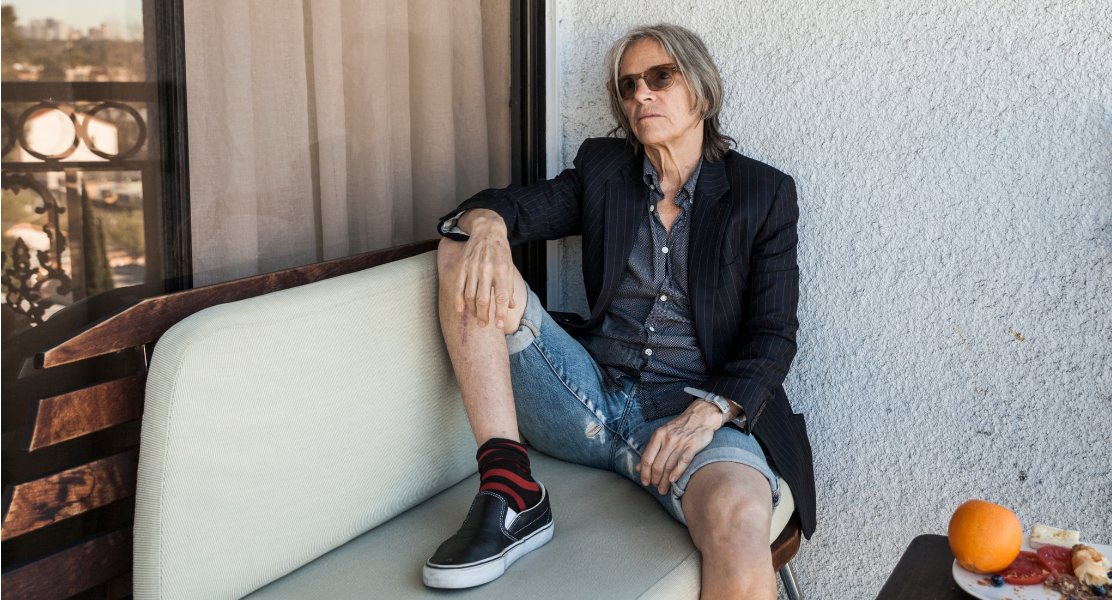 For decades Myles has been documenting, through the lens of their own experiences, lives that get little airtime outside of queer communities: those considered unsexy by the straight world. Few writers unapologetically take on a dyke identity in public, and fewer still grapple openly with the complex space of lesbianism and trans-ness. Myles' relationships feel like some I've also had, or could imagine having one day. In their poem Peanut Butter they write: “I’m immoderately/in love with you,/knocked out by/all your new/white hair”, conjuring an unrestrained dyke love away from the cis-male gaze, a love for a partner that embraces and values the signs of age. At other times they acutely capture the pain and pleasure of relating to an ex-partner who will, due to the size of queer communities, inevitably be around long after a break-up. And the sex scenes are pretty good too.

Myles' queerness is also classic punk: their style takes on rebellion, marginalisation, scraping to get by, anger, drugs, alcohol and generally living hard. They write, often, in short, punchy lines a few words long that extend to narrow stanzas, reflecting the thin notebooks in which they write down what happens as it happens. Like your average Great American male novelist, Myles is happy to appear on the page as a flawed character, but unlike a Great American male novelist, they are aware of their own weaknesses, able to self-satirise.

Now, having published over 20 books of poetry, prose, plays and more, including the new editions of I Must Be Living Twice: New and Selected Poems 1975 - 2014 and Chelsea Girls from Serpent’s Tail, Myles is pushing back against what they describe as the “obscure lesbian poet makes good at last” narrative. “The narrative isn't like, I'm a tale of our times, or a heroic female thing,” they say. “It just sounds like I've been rescued in this pathetic way. The erasure there – it erases the art-making space of two decades. Like, I was no place? But wait a second...I was a successful writer.”

EM: It’s both, and the latter. It was the only life I had, so I didn't have another optional life to write about. I wanted the camera angle to be wide on the life that we were in. I didn't want to act as if I was selecting this and not that – what's interesting is that there's so much that's not in there too, for various reasons. At the time I felt like there was something heroic, because we were living this particular dyke life that I had not seen anywhere. I saw it everywhere around me, but there were absolutely no representations of it. It felt like the most radical kind of censorship, to say, we didn't exist.

It's mundane to say I was necessarily needing to make representations of queer life, but the thing was, in a way I felt that about all my lives: there was poverty, there was femaleness, there was queerness, there was poetry – being poets at that absolute moment. And the moment was being copied and being distributed, and I knew that at the time.

RF: I'm interested in the idea that you had a typewriter set up in one room and you would just record your life, almost like an early liveblog...

EM: The recording device, or the way to make a small independent film or whatever, we were trying to create a condition of openness that didn't feel literary, but that consumed the surroundings in words rather than in visual images. My girlfriend and I at the time, our desire was to make a visual copy of where we were. We wanted to be part of the filmmaking scene, there were all these dudes making films, but we just couldn't organise that.

The manual typewriter is such a beautiful, unobtrusive instrument. It just remains open. It just begins when you begin, there's no interference and its utterly in the room, it's kind of a piece of furniture in a way. So it's like a perfect speaking tool.

The poem really changed when people started to use electric typewriters, and then computers, and the levels of abstraction kept multiplying. But the manual typewriter was just like a notebook in the room. But it was the room. And I think everyone who wrote at that time is very sentimental for that... there was a clapping sound that was part of the music of it. You felt like you were sitting down at your instrument and it made sounds and it became a space.

I wasn't correcting, because that was against the aesthetic of what I was doing. But if I was correcting, I would have been using whiteout – so part of the look of the time too, was that everybody who was a poet or a writer had whiteout on the front of their jeans, like as if you were painting in your studio or something.

You can recognise anybody who wrote on a manual typewriter by how fucking hard they hit their computer. I've had a girlfriend say from the next room, 'do you really have to hit it that hard?' And I'm like 'yeah, that's how I learned to write!'

RF: 'An American Poem' is probably your best known poem. In the context of the Clinton/Trump election you wrote and performed a new, updated version called 'Acceptance Speech'. I had a mixed reaction to your update. At points I thought it was hilarious: if anyone is going to make an extended critical joke about taking power, remaking it and deconstructing the whole thing in the process, I like this way of doing it.

But you don't touch much on the context of politics outside of the United States. To look beyond “I am your president” to US foreign policy... obviously there's a massive neo-colonialism and imperialism in that.

EM: The irony is that the underclass becomes the Uberclass just by repetition. To say “I am your President” from the position of miniaturism – 30 years ago becomes dominance 30 years later, outside, in a different location… And America's nature holds some of it – The American Revolution! Tough little spunky country of colonists, who broke away from the Mother Country to have freedom, and they just become the biggest assholes in the whole world. And this is not even acknowledging that someone was there in the first place, or that quickly slaves were brought into the situation.

The poem is an artefact of the time in which it was written. Of course the poem puts me in the situation of all those difficulties, and I think that's part of the contradiction of the poem. The poem itself was to utter the unspoken at that point in time, in the 80s. And weirdly as an underclass American, to only feel entitled to say those things if I was a fictional other American who had the capability and the mouthpiece, and the reach, to make those statements and be heard. So the joke was in the President, who I was and who I wasn't.

But of course the irony is that it becomes multiple, it becomes popular, it becomes a coinage, and then it starts to travel far – it's almost a problem with the English language itself, which is to say that English is another form of privilege.

RF: Let's talk more about the Ministry of Culture that you as the President, in Acceptance Speech, say you're going to set up, based around the idea of “see the, smell the, hear the”. Where does this come from?

EM: It's a devastating fact that we don't have one. It's just gotten worse – there's no cabinet post for the arts. Of course, perhaps one of the first things Donald Trump did was to say that he was going to abolish the National Endowment for the Arts, and the National Endowment for the Humanities. So these are the two biggest government funding of arts and culture in America, and he wants to defund them. What to say except that hearing that with the contempt for the press, we're talking about radical silencing and censorship.

RF: Particularly in a time that is increasingly fascistic, to open a space for fantasies of things being beautiful and fun and playful.

EM: It seems like what we have to start thinking about is constructing an alternative government. My mind goes to things like, well, if they're not going to have an NEA, then we have to make up the other NEA. It's not that much money. Two or three Hollywood films is bigger than the budget for the whole NEA. So you start to think about how that could be constructed. If there stopped being abortion in America, or there was abortion in several states and not any others, then we create an underground railroad for women, and we fund buses. Part of having a career as an artist is that you figure out how to do things.

RF: What are you currently reading, and who are your favourite queer writers at the moment?

EM: I'm reading something very slowly, which is Dhalgren, by Samuel Delaney, a black queer sci-fi writer. Dhalgren is a book that he wrote in 1975, it's almost 900 pages and I've tried to read it forever. I know him, so we talk. There's a great summer program called NAROPA, in Boulder Colarado, and a lot of us we love teaching there, it's really fun, you'll go there for a week and everybody's there, it's in the Rocky Mountains. So years ago I found all his books in a used bookstore, we sat down on a bed in a motel and he signed them all, and I've just slowly been reading all these books. This book is very dystopian, it's very dreamy and very weird. In its world, something bad happened: it's chaos, it's slow, it's rich, it's queer, it's just an amazing book, it's so good, you know? And it's a hard read.

For writers, there's obvious writers that everybody loves today: Chris Kraus and Maggie Nelson. Renee Gladman. She's fantastic, she's an African-American dyke, she's a prose writer but she travels with the poets. Her most recent book is called Calamities, published by a press called Wave. She's amazing. There's Dawn Lundy Martin, a poet who’s published by a press called Nightboat in New York. They are publishing all sorts of cool poetry and fiction. R. Erica Doyle has a book called Proxy, they're like dirty math poems. It's just like, explicit sex and kind of in prose poetry. CAConrad's a friend, I'm always loving what he's up to. There's so much work right now that I love. There's a young poet named Solmaz Sharif, who has written a book called Look, which takes the American dictionary of military terms and turns them into poems, and it's fantastic. Now is an amazing moment for writing.