40% off EVERYTHING!
about 1 month left
Jacques Rancière
comments

This essay by Jacques Rancière was published in Libération in January 2011, and then heavily revised for its Spanish publication in the multi-author volume ¿Qué es el pueblo?. Translated from the Spanish version, with reference to the French original, by David Broder. 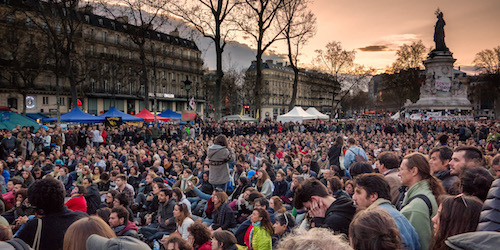 Not a day goes by without someone in Europe denouncing the risks of populism. But it is not easy to grasp what exactly this word means. In the Latin America of the 1930s and 1940s, it served to designate a certain mode of government, passing over parliamentary forms of representation in favour of a relationship whereby a people was directly embodied by its leader. This mode of government, whose archetypes were Vargas in Brazil and Perón in Argentina, was rebaptised as "twenty-first century socialism" by Hugo Chávez.

But in today’s Europe the label "populism" is used to designate something else. It is not a mode of government. On the contrary, it is a certain attitude of refusal, faced with the reigning practices of government. What is a "populist," as today defined by our governmental elites and their ideologues? Beyond all the many variations on this word, the dominant discourse seems to characterise it by way of three essential traits: (1) a style of interlocution that addresses the people directly, going around its representatives and its notables; (2) the claim that governments and ruling elites are more concerned with their own interests than the res publica; (3) an identitarian rhetoric that expresses fear and rejection of foreigners.

Yet it is clear that there is no necessary link between these three characteristics. Our constitutions themselves assert the existence of an entity called the people, which is the source of power and the privileged interlocutor of political discourse. This was the same conviction that the republican and socialist orators of yesteryear elaborated, with no hidden agenda. This is not bound to any form of racist or xenophobic sentiment. It does not take any demagogy to assert the claim that our politicians think more about their careers than the future prospects of their fellow citizens and that our rulers live in symbiosis with the representatives of big financial interests. The same press that attacks the "populist" drift day after day offers us the most detailed proof of this. For their part, heads of state and government sometimes accused of populism, like Berlusconi or Sarkozy, steer well clear of propagating the "populist" idea that the elites are corrupt.

The term "populism" does not serve to characterise a definite political force. On the contrary, it draws its strength from the amalgams it allows to be made between political forces stretching from far Right to radical Left. Nor does this term designate an ideology or even a coherent political style. It simply serves to paint a picture of a certain people.

For "the people" does not exist. What do exist are different — sometimes antagonistic — figures of the people, constructed figures that privilege certain ways of assembly, certain distinctive traits, certain capacities or incapacities: an ethnic people defined by the community of blood or land; the people-flock watched over by good shepherds; the democratic people that sets in motion the competency of those who have no particular competency; the ignorant people that the oligarchs keep at bay; etc. The notion of populism itself constructs a people characterised by the fearsome alliance of a capacity — the brute power of the majority — and an incapacity — the ignorance attributed to this same majority.

The third trait — racism — is essential to this construct. This serves to show the democrats — always under suspicion of "do-gooderism" — what the depths of the people are really like: a herd inhabited by a primal impulse of refusal. In this portrayal, this herd simultaneously targets both the rulers declared traitors — for the majority does not understand the complexity of political mechanisms — and foreigners, whom it fears on account of its atavistic attachment to an established way of life threatened by social, demographic, and economic developments.

The notion of populism has no great difficulty in operating this synthesis between a people hostile to those who govern, and a people hostile to "others" in general. To this end it again depicts an image of the people that had already been elaborated at the end of the nineteenth century by thinkers like Hippolyte Taine and Gustave Le Bon, terrified by the Paris Commune and the rise of the workers’ movement. This is the image of the ignorant masses impressed by the resounding words of "ringleaders," and led to extreme violence by the circulation of wild rumours and contagious fears.

This portrayal of epidemic outbursts by blind crowds led astray by charismatic leaders was evidently very different from the reality of the workers’ movement that it sought to stigmatise. And nor is it appropriate for describing the reality of racism in our own societies. Whatever the everyday grievances expressed regarding those who we call immigrants, and especially the "banlieue" youth, the fact is that these grievances do not translate into mass, popular demonstrations.

What deserves to be called racism in France today is essentially the conjunction of two things. Firstly, forms of discrimination in signing a work or housing contract, which can perfectly well take place in a sterile office setting without there being any mass pressure. At the same time, it is a whole panoply of state measures: restrictions on people entering a given territory; refusing to give papers to people who have worked and paid social security contributions and taxes in our countries for years; restrictions on nationality rights; double penalties [prison sentence plus a ban from French territory]; laws against the headscarf and the burqa; charging people for taking them back to the border, or dismantling travellers’ camps.

Certain pious souls on the Left like to think that these measures are a disgraceful concession that our governments make to the "populist" far Right for "electoral" purposes. But none of these measures were adopted under pressure from mass movements; rather, they make up part of a strategy proper to the state itself, proper to the balance our states work to maintain between the free circulation of capital and the obstacles to the free movement of populations. Indeed, they are measures whose essential purpose is to make part of the population’s rights as workers or citizens precarious, constituting a population of workers that could again be sent home at any moment, and — in France’s case — a population of French people with no guarantee that they will continue to be French.

These measures are supported by an ideological campaign that justifies this diminution on rights on account of the fact that these people do not bear the characteristic traits of national identity. But it was not the "populists" of the Front National that began this campaign. Rather, it was so-called "left-wing" intellectuals who discovered the unanswerable argument that these people are not really French, because they are not secular. The laïcité that once defined the rules of the state’s conduct has thus translated into a quality that individuals do or do not possess in function of their community belonging.

Marine Le Pen’s recent [as of January 2011] "out-of-place" comment — comparing Muslims praying in the streets to the German occupiers of 1940 to 1944 — is very instructive in this regard. This statement condenses into a concrete image a whole discursive sequence (Muslim = Islamist = Nazi) that appears everywhere in so-called republican prose. The so-called "populist" far Right does not express a specific xenophobic passion that emanates from the depths of the body of the people. Rather, it is a satellite that trades on state strategies and distinguished intellectuals’ campaigns, to its own advantage.

Our present-day states ground their legitimacy on their capacity to guarantee security. But this legitimation has as its correlate the obligation constantly to put on display the monster that threatens us, to maintain a permanent feeling of insecurity that mixes up the risks of crisis and unemployment with the risks of black ice or formamide, only to top them all with the supreme threat of the terrorist Islamist. The far Right adds the colours of flesh and blood to the standard portrait drawn by ministerial measures and the ideologues’ prose.

So neither "populists" nor the people depicted by the ritual denunciations of populism truly correspond to how they are defined. However, that is of little importance to those who build up this spectre. Beyond all the polemics around immigrants, communalism, or Islam, for them the essential thing consists of amalgamating the idea of the democratic people with the image of the dangerous mass.

And it also consists of concluding that we have to place ourselves in the hands of those who govern us, and that any challenge to its legitimacy and integrity is opening the door to totalitarianisms. As one of the most sinister of the anti-Le Pen slogans in April 2002 had it [when Jean-Marie Le Pen reached the second round in that year’s presidential elections, together with Jacques Chirac], "Better a banana republic than a fascist France." The current polemic over the mortal dangers of populism seeks to establish in theory the idea that we have no other choice.