The Production of Money

We present a reading list of titles that examine our current economic state, including political economist Ann Pettifor's look at the history of the money system, The Production of Money, and an introduction to Thomas Piketty’s Capital in the Twenty First Century.

After years of ill health, capitalism is now in a critical condition. Growth has given way to stagnation; inequality is leading to instability; and confidence in the money economy has all but evaporated.

We present a reading list of titles that examine our current economic state, including political economist Ann Pettifor's look at the history of the money system, The Production of Money, and an introduction to Thomas Piketty’s Capital in the Twenty First Century. 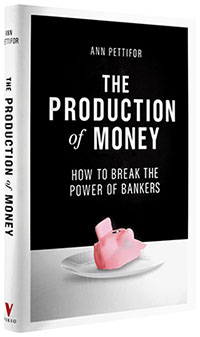 The Production of Money: How to Break the Power of Bankers
By Ann Pettifor

What is money, where does it come from, and who controls it? 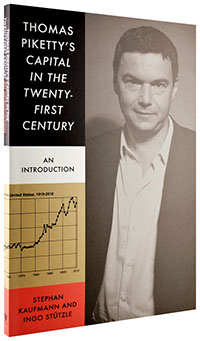 Thomas Piketty’s Capital in the Twenty First Century: An Introduction
By Stephan Kaufmann and Ingo Stutzle

US Nobel Prize winner Paul Krugman described Thomas Piketty’s Capital in the Twenty-First Century as “perhaps the most important book of the last decade”. It has sparked major international debates, dominated bestseller lists and generated a level of enthusiasm—as well as intense criticism—in a way no other recent economic or sociological work has.

This book lays out the argument of Piketty’s monumental work in a compact and understandable format, while also investigating the controversies that this book has caused. In addition, the two authors demonstrate the limits, contradictions and errors of the so-called ‘Piketty revolution’. 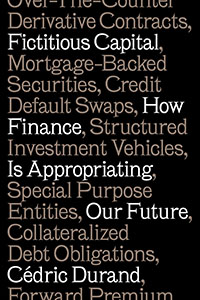 Fictitious Capital: How Finance Is Appropriating Our Future
By Cédric Durand

Fictitious Capital offers a stark warning about the direction that the international economy is taking. Durand argues that the accelerated expansion of financial operations is a sign of the declining power of the economies of the Global North.

Fictitious Capital is an important intervention which tries to make sense of the excesses of capitalism over the last forty years and of the development of finance.” – Jacques Sapir 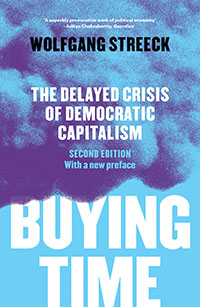 In this new edition of a highly acclaimed book, Wolfgang Streeck revisits his recent arguments in the light of Brexit and the continued crisis of the EU. These developments are only the latest events in the long neoliberal transformation of postwar capitalism that began in the 1970s, a process that turned states away from tax toward debt as a source of revenue.

“For anyone interested in understanding the bind democracies are in, this is a vital if sobering book which has a troubling, if convincing, conclusion.” – Matthew Lawrence, Prospect 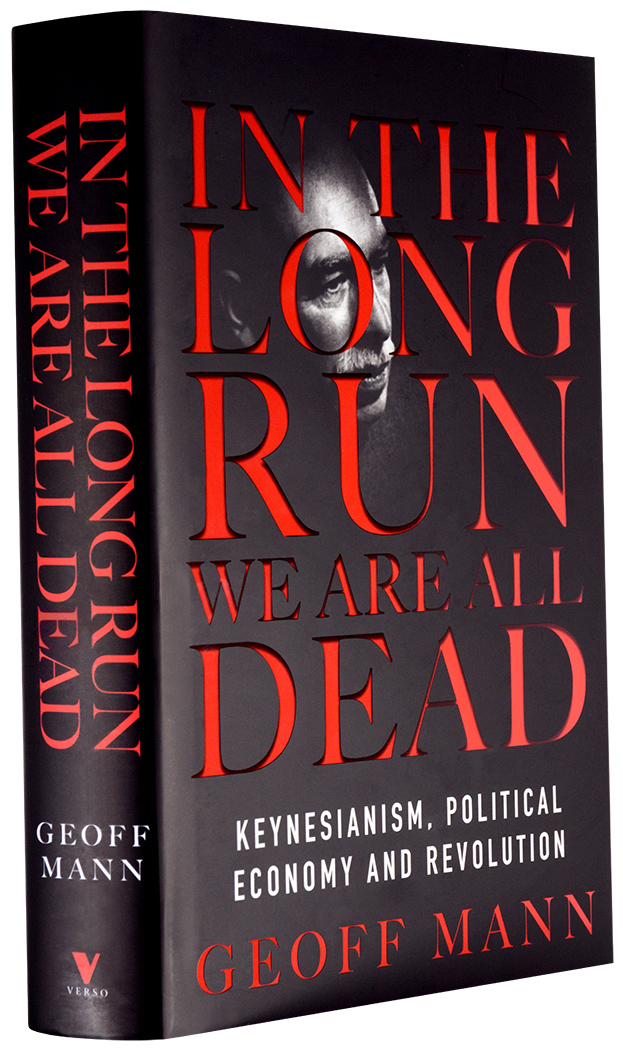 In the Long Run We Are All Dead: Keynesianism, Political Economy, and Revolution
by Geoff Mann

A groundbreaking debunking of moderate attempts to resolve financial crises.

“A detailed, fast-flowing account of how repeatedly guileful Keynesianism crisis management has saved the elite by reengineering tragedy … rewarding reading.” – Danny Dorling, author of Inequality and the 1%

FREE EBOOK! Download The General Theory of Employment, Interest and Money - a companion reader to In the Long Run We Are All Dead 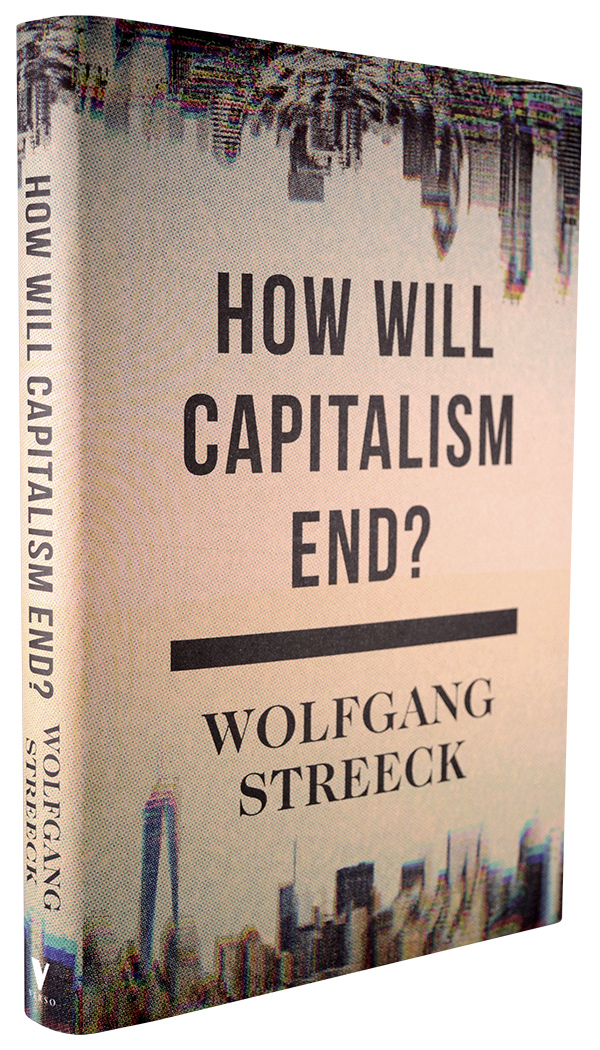 How Will Capitalism End?: Essays on a Failing System
By Wolfgang Streeck

“Streeck writes devastatingly and cogently … How Will Capitalism End?provides not so much a … forecast as a warning.” Martin Wolf, Financial Times 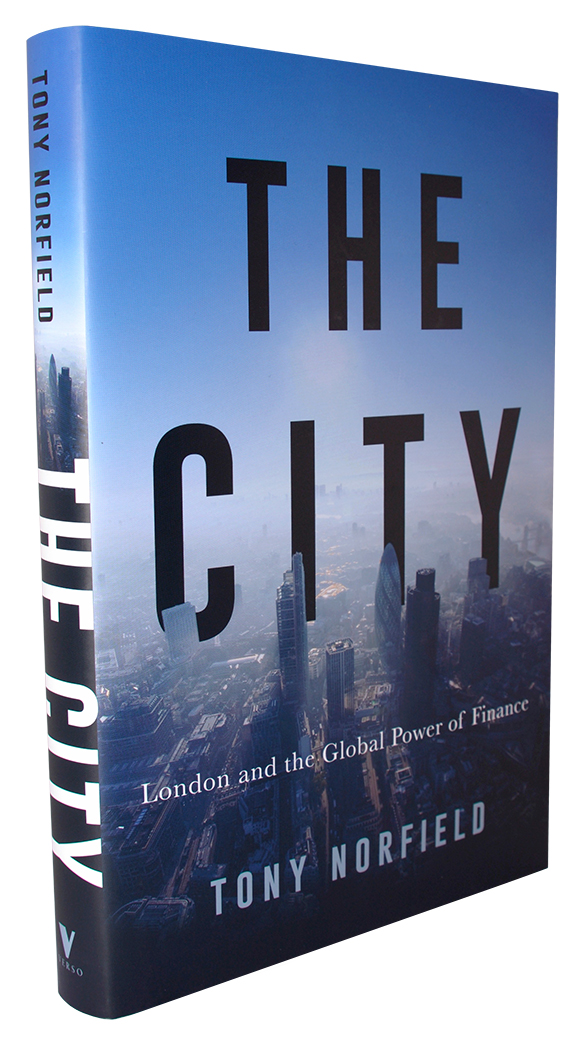 The City: London and the Global Power of Finance
By Tony Norfield

“It is not every day you read a book about global finance by a banker who quotes Lenin approvingly on page two. Unlike many of those who produce Marxist critiques of financial capitalism, Norfield writes from a position of experience: he has worked in the belly of the beast, and the book is the better for it...In The City, he has done the research and pulled together the financial statistics that explain how the bloodsucking works.” – Financial Times 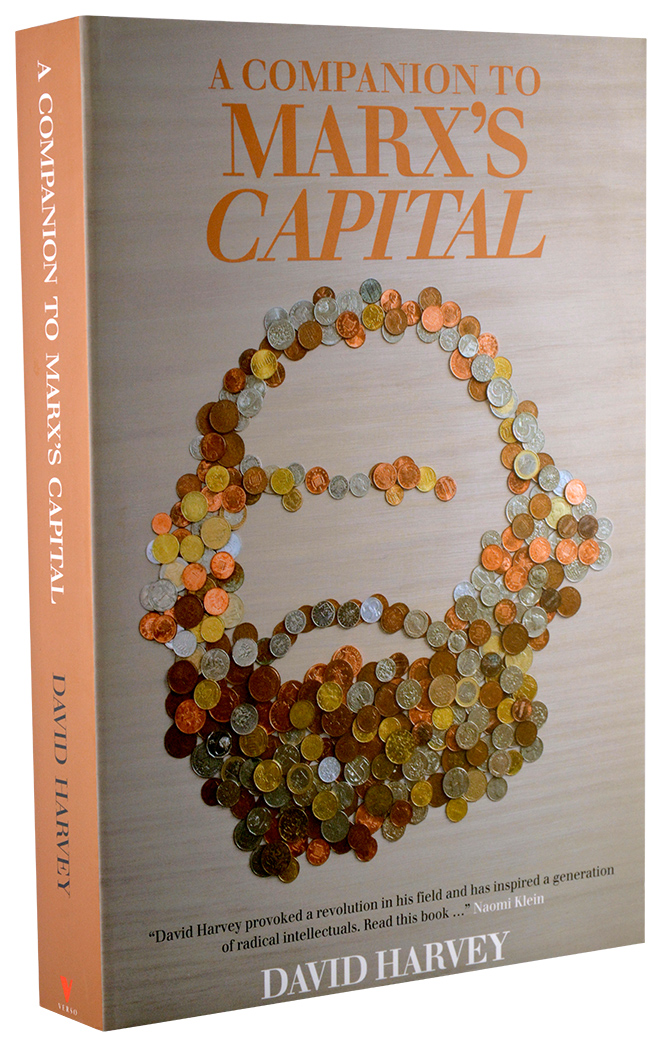 “No short review can do justice to this outstanding book ... Essential.”
– Michael Perelman, Choice

This is a must-read for anyone wanting a fuller understanding of Marx's political economy. 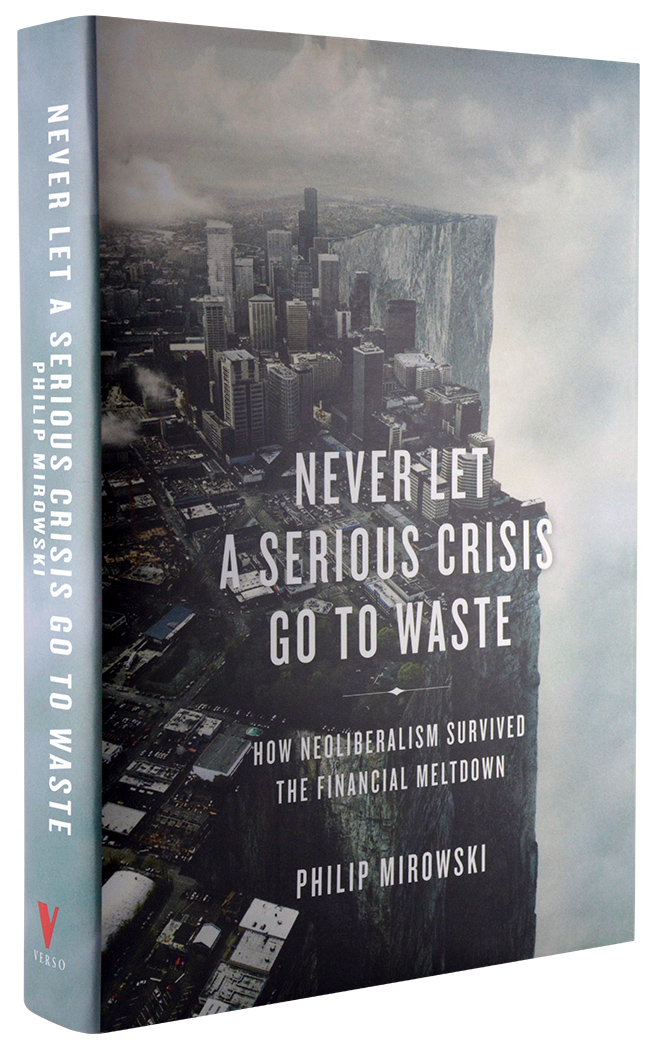 “It is hard to imagine a historian who was not an economist (as Mirowski is) being able to encompass the economics of the second half of the 20th century in its diversity and technicality.” —London Review of Books

After the financial apocalypse, neoliberalism rose from the dead— stronger than ever. Once neoliberalism became a Theory of Everything, providing a revolutionary account of self, knowledge, information, markets, and government, it could no longer be falsified by anything as trifling as data from the “real” economy. 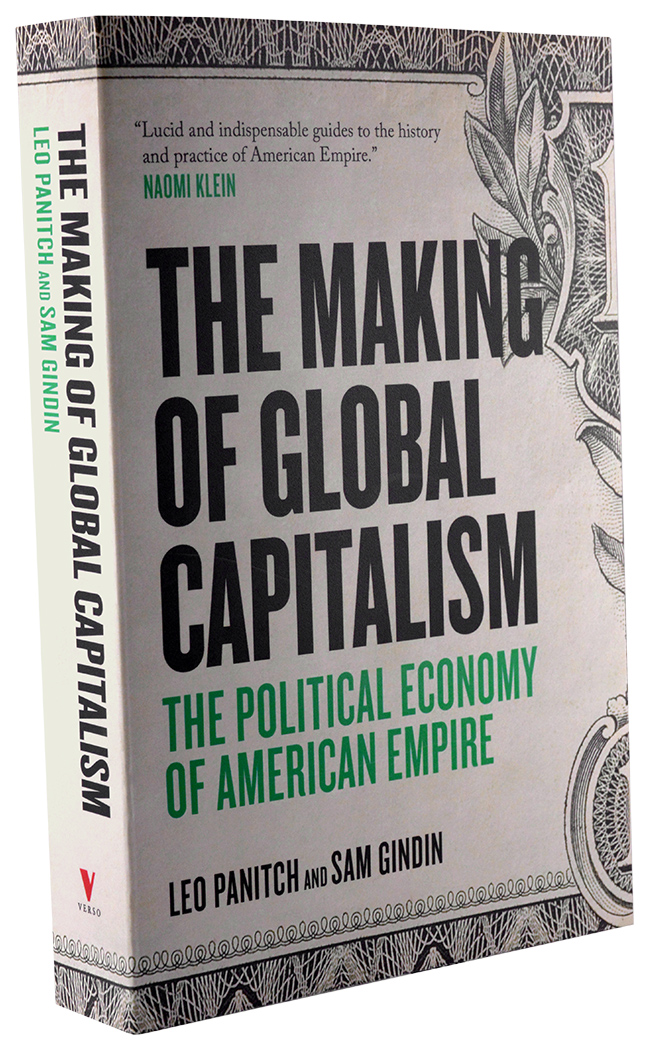 The Making of Global Capitalism: The Political Economy of American Empire
By Sam Gindin and Leo Panitch

“Indispensable guide to the history and practice of American Empire.”  — Naomi Klein

“A must read for everyone who is concerned about where the future of capitalism might lie.”  — David Harvey

“The most important leftist book of the year, and probably the decade.” — Charles Mudede 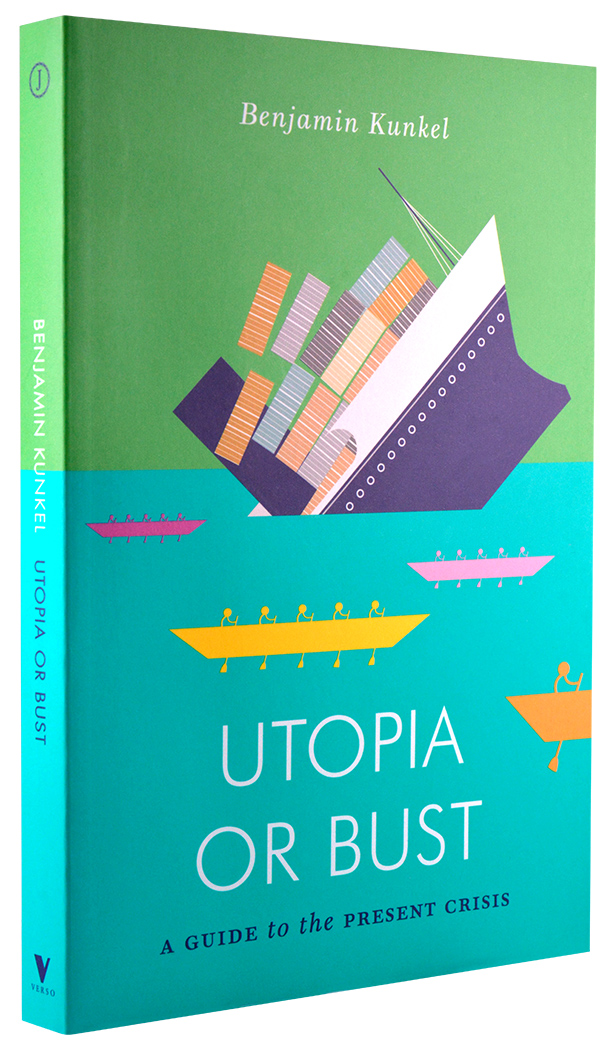 Utopia or Bust: A Guide to the Present Crisis
By Benjamin Kunkel

“For anyone who cares about historical necessity, the crisis of capitalism, and our fate.” — Rachel Kushner, author of The Flamethrowers

This introduction to contemporary Leftist thinkers engages with the revolutionary philosophy of Slavoj Žižek, the economic analyses of David Graeber and David Harvey, and the cultural diagnoses of Fredric Jameson. Discussing the ongoing crisis of capitalism in light of ideas of full employment, debt forgiveness, and “fictitious capital,” Utopia or Bust is a tour through the world of Marxist thought and an examination of the basis of Western society today. 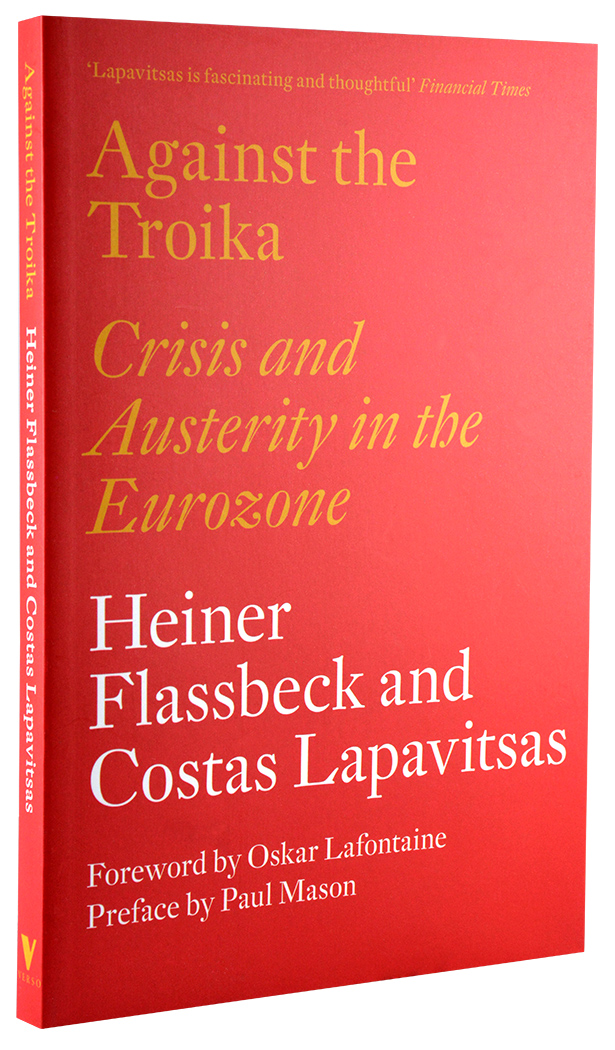 Against the Troika: Crisis and Austerity in the Eurozone
By Heiner Flassbeck and Costas Lapavitsas

The Eurozone is in a deep and prolonged crisis. It is now clear that monetary union is a historic failure, beyond repair—and certainly not in the interests of Europe’s working people. Against the Crisis proposes a radical anti-capitalist blueprint for Eurozone withdrawal. 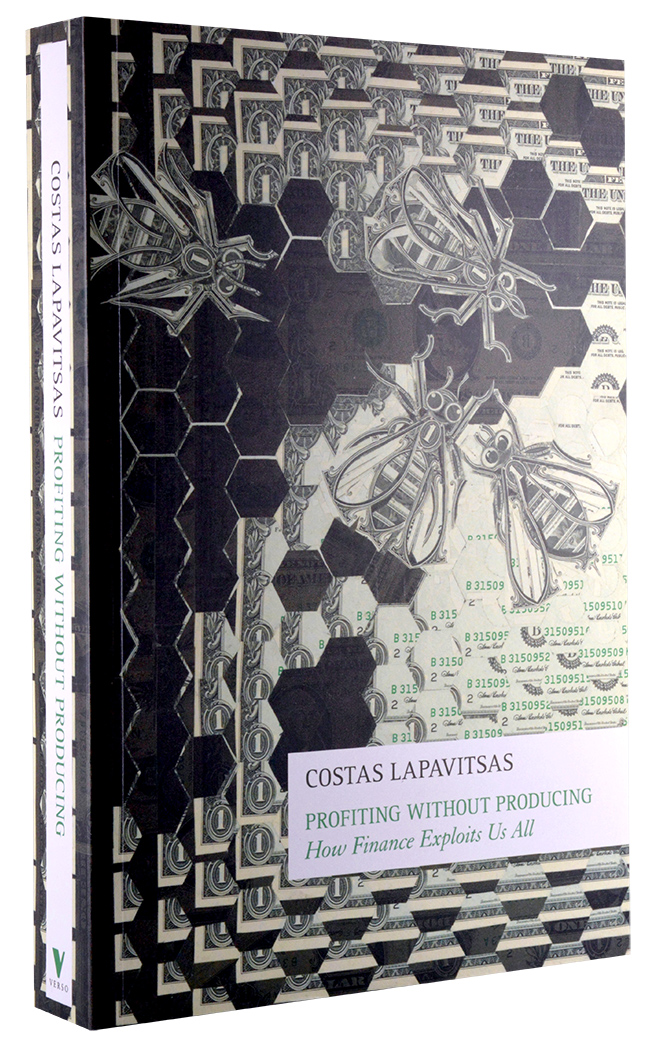 Profiting Without Producing: How Finance Exploits Us All
By Costas Lapavitsas

Financialization is one of the most innovative concepts to emerge in the field of political economy in the last three decades, although there is no agreement on what exactly it is. Profiting Without Producing defines financialization in terms of the fundamental conduct of non-financial enterprises, banks and households. Its most prominent feature is the rise of financial profit, in part extracted directly from households through financial expropriation. 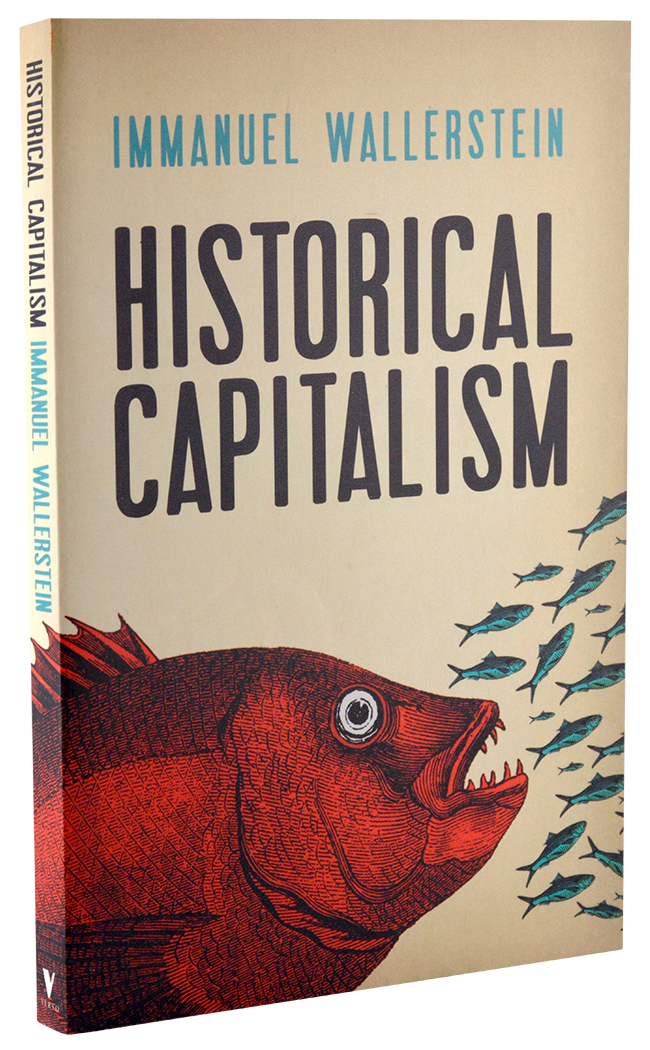 Historical Capitalism, published here with its companion essay Capitalist Civilization, is a concise, compelling beginners’ guide to one of the most challenging and influential assessments of capitalism as a world-historic mode of production. 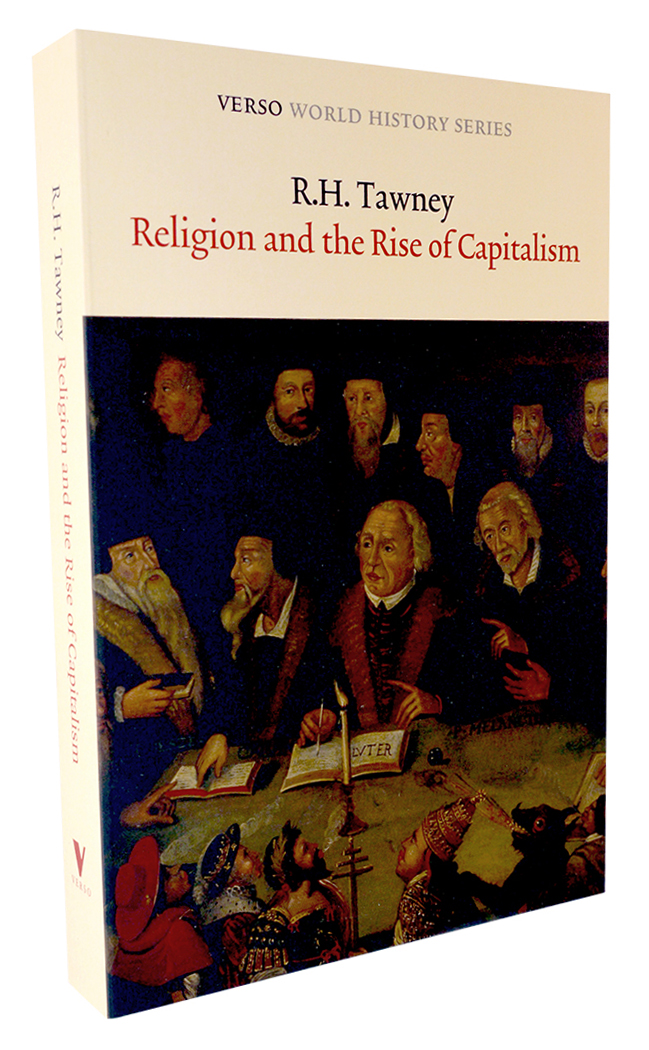 Religion and the Rise of Capitalism
By R. H. Tawney

“Tawney [is] part of a tradition that gives us hope and vitality, and charts a way out of the trap of orthodoxy. Now is the time for that tradition to be rediscovered.” — Jon Cruddas, New Statesman

By examining the period that saw the transition from medieval to modern theories of social organization, Tawney clarifies the most pressing problems of the end of the century. In tough, muscular, richly varied prose, he tells an absorbing and meaningful story. And in his new introduction, which may well be a classic in its own right, Adam Seligman details Tawney’s background and the current status of academic thought on these issues, and he provides a comparative analysis of Tawney with Max Weber that will at once delight and inform readers. 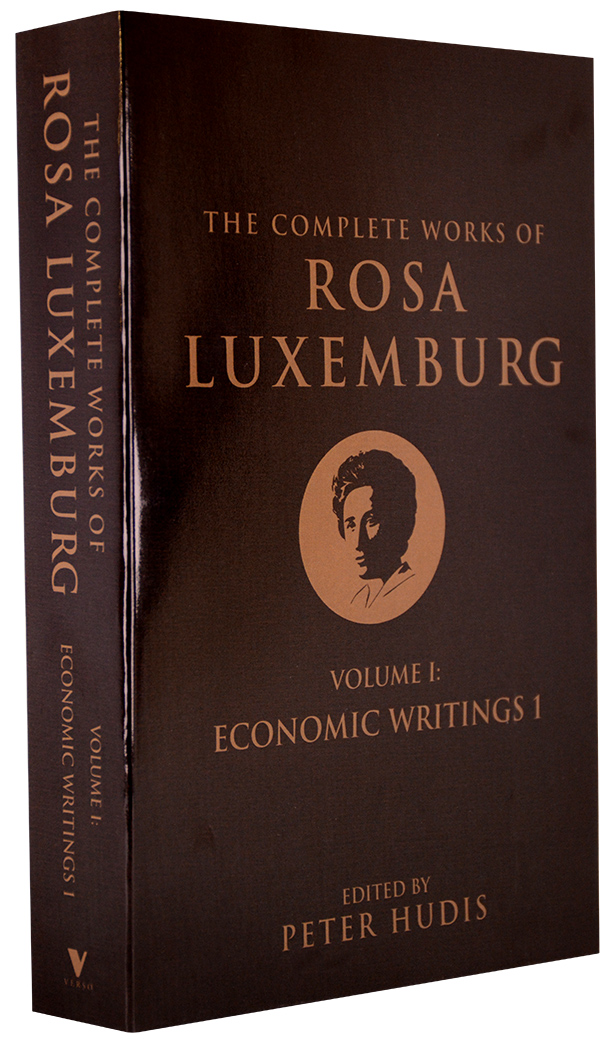 This first volume in Rosa Luxemburg’s Complete Works, entitled Economic Writings 1, contains some of Luxemburg’s most important statements on the globalization of capital, wage labor, imperialism, and pre-capitalist economic formations.

The Complete Works of Rosa Luxemburg, Volume II: Economic Writings 2
The second volume in Rosa Luxemburg’s Complete Works contains a new English translation of Luxemburg’s The Accumulation of Capital: A Contribution to the Economic Theory of Imperialism, one of the most important works ever composed on capitalism’s incessant drive for self-expansion and the integral connection between capitalism and imperialism. 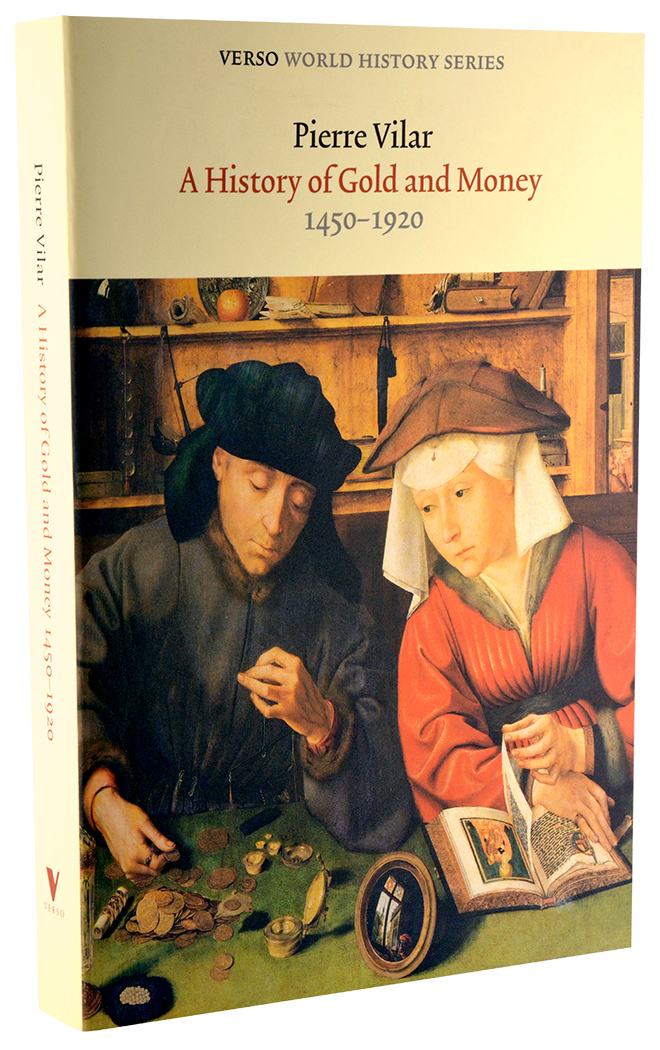 A History of Gold and Money: 1450-1920
By Pierre Vilar. Translated by Judith White

For much of human history, the motive force behind war, conquest, social conflict and world exploration has been the drive to acquire gold. From the ancient world of Croesus to the wealthy dynasties of Renaissance Italy, from the earliest European explorations into Africa, America, and Asia to the gold rushes of the nineteenth century and the banking crises that lay beyond them, Pierre Vilar depicts the awesome power of avarice to structure the world in which we live. The insidious power of gold and money is the subject of this enlightening and entertaining history.

The Verso World History Series provides attractive new editions of classic works of history, making landmark texts available to a new generation of readers. Covering a timespan stretching from Ancient Greece and Rome to the twentieth century, and with a global geographical range, the series will also include thematic volumes providing insights into such topics as the spread of print cultures and the history of money. 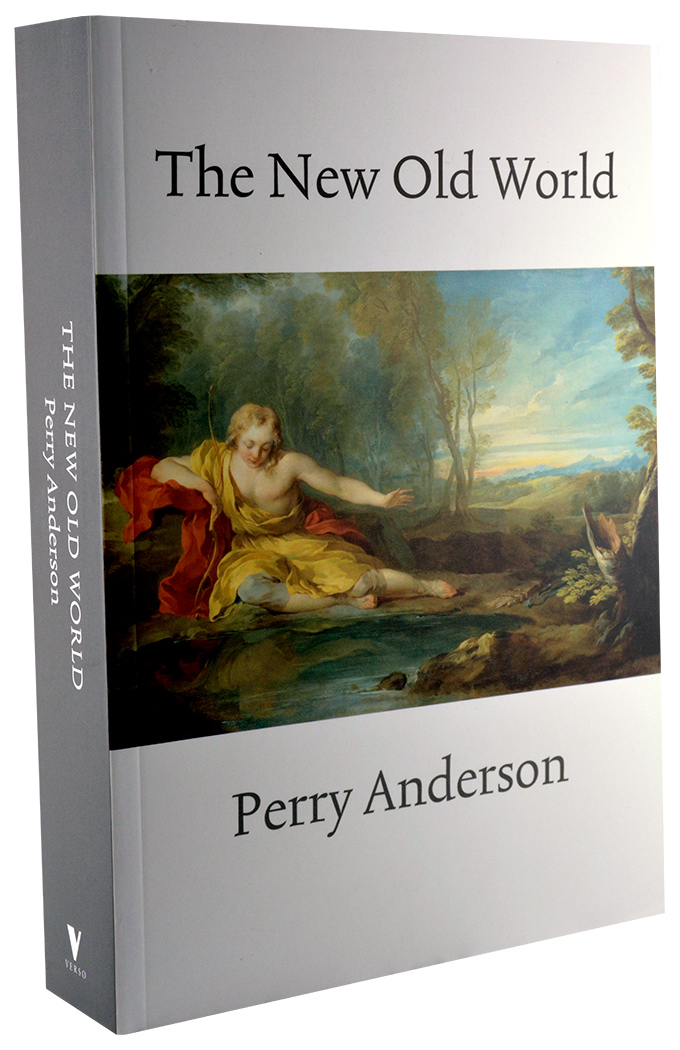 “This is a hugely ambitious and panoramic political book, of a sort rarely attempted in our era of quick leader biographies and reheated histories of the Second World War.” — Andy Beckett, The Guardian

A magisterial analysis of Europe's development since the end of the Cold War.