The fourteenth annual Historical Materialism Conference: 'Revolutions Against Capital, Capital Against Revolutions?' starts on Thursday 9th November. This year’s conference seeks to use the "three anniversaries" as an opportunity to reflect on the history of the Marxist tradition and its continued relevance to our historical moment.

On Thursday, Owen Hatherley will be speaking on the panel titled 'Legacies of the Russian Revolution' with his talk 'Golden Toilets: 1917, Land Nationalisation and Architecture'. Owen is the author of The Ministry of Nostalgia, a brilliant polemical rampage, showing how our past is being resold in order to defend the indefensible. He is also the author of A New Kind of Bleak and A Guide to the New Ruins of Great Britain.

On Friday Joshua Clover will be speaking on the 'Race and Class 1 - Black Power in America' panel with his lecture 'Racial Anticapitalism: Detroit 1967'. Joshua is an award-winning poet and the author of Riot. Strike. Riot: The New Era of Uprisings, which theorizes the riot as the form of the coming insurrection. 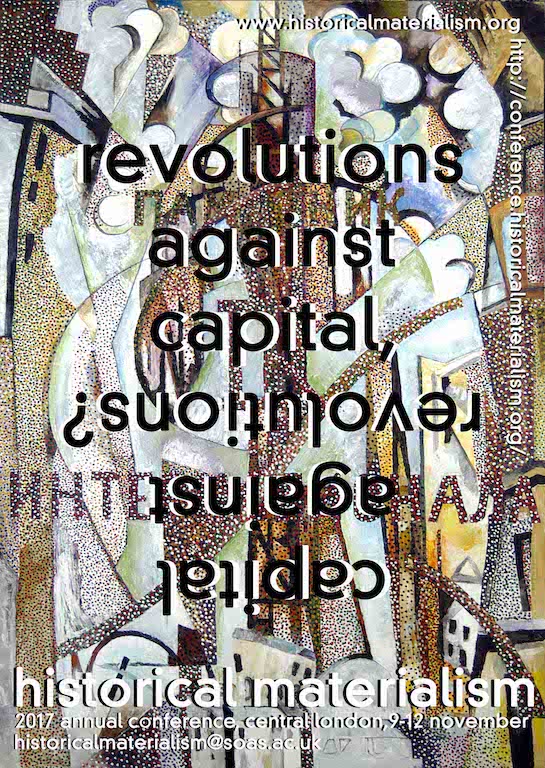 The plenary on Friday will be the Isaac and Tamara Deutscher Prize Lecture, 'In Wildness is the Liberation of the World: On Maroon Ecology and Partisan Nature', with Andreas Malm. His book Fossil Capital shows how capitalism first promoted fossil fuels with the rise of steam power, and will be available at the Verso book stand.

On Saturday, Sheila Rowbotham will be presenting on the panel titled 'Launching the Socialist Register 2018: Rethinking Democracy: Legacies, Impasses, Prospects' with her lecture 'Women: Linking Lives With Democracy'. Shelia is the author of Rebel Crossings: New Women, Free Lovers, and Radicals in Britain and the United States, the transatlantic story of six radical pioneers at the turn of the twentieth century.

Many other Verso authors will be speaking/chairing at the 4-day conference, including:

Verso will have a stall at the Historical Materialism conference, where books by these authors, and many others, will be on sale (at a discounted price!).