The annual Verso prize for Cultural and Critical Studies is awarded to the top student graduating from Birkbeck’s MA Cultural and Critical Studies. This year, the prize goes to student Elle Aspell-Sheppard for her excellent project on “post-truth” and its effects on politics, using the specific example of Donald Trump’s electoral campaign. The external examiner described the essay as a “beautifully written piece of work, which brings Hannah Arendt’s thought successfully into the present moment…a thoughtful argument is advanced around the idea of post-truth as a contemporary keyword”. Speaking is an extract from the winning dissertation.

Whatever men do or know or experience can make sense only to the extent that it can be spoken about. There may be truths beyond speech, and they may be of great relevance to man in the singular, that is, to man in so far as he is not a political being, whatever else he may be. Men in the plural, that is, men in so far as they live and move and act in this world, can experience meaningfulness only because they can talk with and make sense to each other and to themselves.[i]

The transformation of speech acts under totalitarian regimes and communicative capitalism marks a displacement of political potency, and reinforces a model of subjectivity that is plagued by pervasive cynicism and in isolation from its peers. With the decline of symbolic efficiency and the breakdown of the intersubjective network, mobilising affective intensities becomes the new mode of communication. The proliferation of fake news and emphasis on fact-checking seems to oversimplify an analysis of the political moment – as if all that democracy needs is more truth – rather than understanding the deep structural failings in our digital infrastructure, which transform the communicative act into a spectacle of communicative capitalism, isolating and intensifying individuals who no longer trust systems of authority.

For Arendt it is through speech that our shared sense of reality is realised; speaking is an act of plurality, individuality and an expression of human freedom. Our perceptual faith in reality – our “certainty that what we perceive has an existence independent of the act of perception” – depends entirely on objects “also appearing as such to others and being acknowledged by them”.[ii] The coming together of individuals to create meaning is theorised by Arendt in The Life of the Mind as a sixth sense; this common sense embodies the intersubjectivity of the world and is a stabilising force in “a world of appearances, filled with error and semblance”.[iii] Reality relies on the faithful acknowledgement of our fellow spectators, sharing their sense of the world through communication. As such, Arendt is deeply distrustful of circumstances in which speech has lost its power, or where it appears no longer meaningful to the majority of people, as this alienates one from any notion of the political. Speech is a medium for reality and ingress to the political. This is also the thrust of Franco Berardi’s emphasis on speaking as a requisite of reality:

The only coherence of the world resides in the sharing act of projecting meaning: cooperation between agents of enunciation. When friendship dissolves, when solidarity is banned and individuals stay alone and face the darkness of matter in isolation, then reality turns back into chaos and the coherence of the social environment is reduced to the enforcement of obsessional acts of identification.[iv]

Both Berardi and Arendt interpret the act of speaking in relation to its impediment. They are compelled by the notion that without speech individuals become isolated, driven back to the intimate sphere, and that plurality and solidarity of the public realm is undermined by this retreat.

Speech is an act of revelation, the “who” implicit in words and deeds, and is closely related to acting. As far as action corresponds to “the actualisation of the human condition of natality”, then speech corresponds to “the actualisation of the human condition of plurality, that is, of living as a distinct and unique being among equals”.[v] The disclosure of an agent of action, in the act of speech is a narration, without which action would “lose its specific character”.[vi] When “human togetherness is lost”, when people are for or against each other, as in warfare, “then speech becomes “mere talk”, simply one more means toward the end, whether it serves to deceive the enemy or to dazzle everybody with propaganda; here words reveal nothing, disclosure comes only from the deed itself”.[vii] Thus we can understand that driven to the extremes of isolation, people are mobilised by “obsessional acts of identification”, i.e. by identification with others who are either allies, or enemies. The creation of an in-group and an out-group undermines reality as it bypasses the plurality of existence and sets up a distinction between my reality and theirs. It is this “mere talk” that is decidedly mendacious in relation to the political sphere. It does not brave an act of disclosure, instead aligning the speaker to a militant partisan identity as an act of conformity rather than an expression of plurality.

Under communicative capitalism the meaning of any speech act is beholden to the “semiotic universe of connection”. In order for symbols to travel faster and more freely, meaning must be inhibited and the noise of language must be reduced – the simpler a message is the faster it travels and more connections it makes. Under these conditions images and affective intensities appear more potent, relevant and effective. As complex ideas expressed in language are seen as noise by the machine, the circulation of images seems smoother and more socially fluid. An obvious manifestation of this is the replacement of words with emojis, and the OED’s naming ‘Face with Tears of Joy’ emoji as its word of the year for 2015.[viii] An emoji is an image or icon “used to express an idea or emotion in electronic communication”,[ix] a concept that fits seamlessly into the demands of communicative capitalism – endlessly circulating, transferable, infinitely accessible. The OED describes emojis as having been “embraced as a nuanced form of expression, and one which can cross language barriers”.[x] ‘Nuanced’ in this context signifies a mode of communication that is ‘frictionless’, in a dual sense of the term: emojis pass through the automaton seamlessly; and their use abrogates potential conflict, that of confronting the possible limitations of our own understanding and/ or confronting the discord we may have with friends and relatives, arising from the agonistic nature of politics. Availing to this new dynamic and attempting to incorporate it into a policy building practice, US presidential candidate Hilary Clinton asked the Twittersphere: “how does your student loan debt make you feel? Tell us in 3 emojis or less”.[xi] The logic of the automaton determines that opinions and feelings should be distilled to a base essence; “the less meaning the message has the faster it moves, given that production and interpretation of meaning take time” whilst “the circulation of pure information without meaning is instantaneous”.[xii] Meaningfulness between agents of enunciation is now defined by frictionlessness, and an ironic detachment to what one is saying. In a world of declining symbolic efficiency, ironic detachment to political speech feels more authentic, as if commitment to a position and articulating it has too much friction, too much semantic baggage. We can also find this expressed in the greater reliance of contemporary political movements on “common images, tactics, and names – the more generic, the greater the reach: umbrella, tent, mask, Occupy, hashtag”, against the mobilisation of terms which have become empty signifiers like “freedom” and “justice.”[xiii]

The detachment of symbols from an efficient intersubjective order allowed Trump’s campaign to invoke the rhetoric of Occupy’s populism alongside far-right nationalist discourse. And it is the same disdain for the authenticity of meaning that allows Trump to consistently produce click-worthy news. During the campaign his coverage in the mainstream television media was consistently higher than his rivals, receiving “63 percent of the coverage compared to 37 percent for his most heavily covered rival”.[xiv] Thomas E. Patterson’s report suggests that Trump’s dominant media presence stemmed from the fact that “his words and actions were ideally suited to journalists’ story needs. The news is not about what’s ordinary or expected. It’s about what’s new and different, better yet when laced with conflict and outrage”.[xv] Without cooperation between agents of enunciation, reality is reduced to subjective intensities. ‘Acts of identification’ essentially aligned one with a preconceived group-identity: those who believed Hilary Clinton should be “locked up” and those who did not. Each group viewed the opposite as an enemy. The “obsessional” quality of this identification is reinforced through repetition, the ultimate ritual of addition over concatenation – as such we could cite the hypnotic chanting of “lock her up” at Trump’s rallies. The decline in symbolic efficiency and the conditioning of utterances by the logic of the automaton are undermining speech acts, privileging affectivity over meaning, and the disclosure of spectacular realities that mobilise partisan allegiances.

It is a cynical view of politics that envisages the public as a television audience. In an interview for the film Get Me Roger Stone Trump evaluates his campaign, his political ambition and its efficacy: “I’ve always got good ratings. Ultimately it’s all about the ratings, and it is all about people watching and the eyeballs”.[xvi] More recently he boasted that his ratings on Fox News ‘Face the Nation’ were the “highest they’ve ever had... It’s the highest for ‘Deface the Nation’ since the World Trade Center. Since the World Trade Center came down. It’s a tremendous advantage”.[xvii] It is the drive for these ratings that motivates his post-truth attitude to the media. For Trump ratings are akin to a traditional notion of democratic legitimacy. Crucially, this is not a public that speaks. This is a public that watches.

[xi] Hillary Clinton, ‘How does your student loan debt make you feel? Tell us in 3 emojis or less’ [Twitter post] (@HillaryClinton, 12 August 2015). 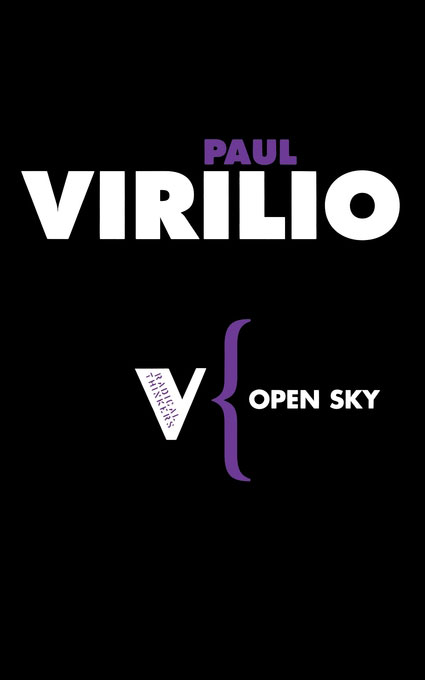