40% OFF ALL OUR BOOKS!
about 1 month left
Julie McCarroll
comments

Nicholas Noe, editor of Voice of Hezbollah, has broken one of this weekend's biggest news stories: President Obama's envoy to Egypt Frank Wisner has been on the payroll of Patton Boggs for the last two years. Patton Boggs, a Washington litigation firm, "advised the Egyptian military, the Egyptian Economic Development Agency, and have handled arbitrations and litigation on the government's behalf in Europe and the US." Sent to Egypt at the height of the uprising last week to coax Mubarak into stepping down, Wisner declared just a few days later: "President Mubarak's continued leadership is critical: it's his opportunity to write his own legacy."

In an interview with Robert Fisk for the Independent, Noe comments,

The key problem with Wisner being sent to Cairo at the behest of Hillary is the conflict-of-interest aspect ... More than this, the idea that the US is now subcontracting or "privatising" crisis management is another problem. Do the US lack diplomats?

Even in past examples where presidents have sent someone "respected" or "close" to a foreign leader in order to lubricate an exit, the envoys in question were not actually paid by the leader they were supposed to squeeze out!

Visit the Independent to read the article in full.

Visit Mideastwire to read Noe's report. And to see Noe's recent reporting on Lebanon, go to his latest op-ed in the New York Times. 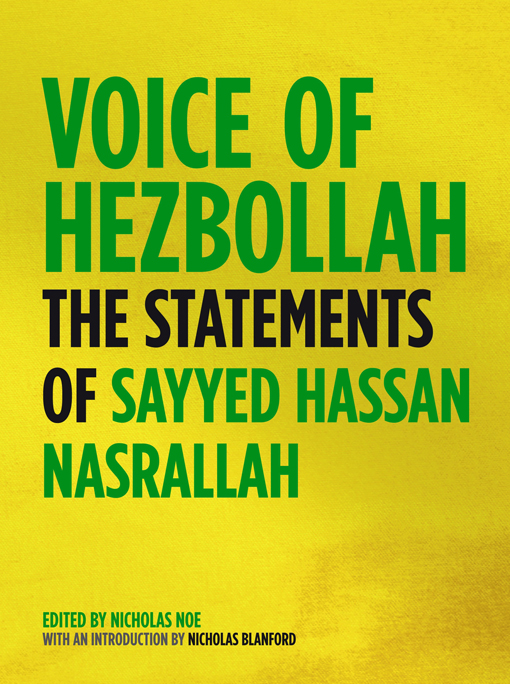