40% off EVERYTHING!
about 1 month left
Matt Bruenig
comments

Common Wealth: workers' ownership in the history of socialism

During the Labour Party conference, John McDonnell announced plans for Inclusive Ownership Funds, through which 10% of the shares of large corporations would be owned by the company's workers. This isn't the first time that workers' ownership of industry has been proposed. In this article, Matt Bruenig charts the development of the idea from Rudolf Hilferding to the Meidner Plan, and arges that democratic ownership is a crucial step on the road to a democratic socialist future.

The Labour Party’s John McDonnell recently unveiled a policy that would require large corporations with more than 250 employees to gradually place 10 percent of their shares into Inclusive Ownership Funds (IOFs) owned by workers. Under the plan, workers in each firm would exercise the ownership rights of the IOF shares and annually receive up to £500 of their shares’ dividends.

Along with nationalizing certain utilities, giving workers representation on corporate boards, and reinvigorating the trade union movement, collectivizing the ownership of a portion of company stock through the IOF scheme is meant to be a step towards democratizing the ownership and control of the UK economy.

Not surprisingly, the idea of socializing the ownership of capital through collective wealth funds can be disorienting to many socialists. As R.W. Apple wrote about Sweden’s effort to implement this idea in the 1980s, it is a bit ironic to use the stock market -- “the heart of capitalism” -- to move towards socialism.

Although the idea might seem strange on first glance, it has actually been kicking around in socialist intellectual circles for at least 100 years. As capitalism evolved from a system of personality-driven industrial empires and towards a system of diversified financial holdings, a variety of clever socialist thinkers began arguing that the easiest way to collectivize ownership of the economy would be through seizing financial assets, especially corporate stock.

No writer made this point better than Marxist economist Rudolf Hilferding.

In his 1910 book Finance Capital, Hilferding marveled at the way in which “finance capital puts control over social production increasingly into the hands of a small number of large capitalist associations, separates the management of production from ownership, and socializes production to the extent that this is possible under capitalism.”

Hilferding’s 1910 analysis is more true today than it has ever been. Through financial instruments like mutual funds and exchange-traded funds, hundreds of millions of people can simultaneously own pieces of almost every big company in the world. And it is these and other kinds of instruments that actually define capital ownership and control in the modern era, not the local factory owners of Marx’s days.

Although the financial industry has created mechanisms that allow for quasi-collective ownership of capital, the reality is, as in Hilferding’s days, that ownership of capital “remains vested in an oligarchy.” That is, a small percentage of the population owns the vast majority of company stock through diversified financial instruments. “The struggle to dispossess this oligarchy constitutes the ultimate phase of the class struggle between bourgeoisie and proletariat,” according to Hilferding.

In the middle of the 20th century, socialist economists Sir Arthur Lewis and James Meade, both eventual winners of the Nobel prize, endorsed versions of Hilfderding’s idea.

In the foreword of his Principles of Economic Planning (1949), Lewis wrote that a “socialist government … [could] concentrate on effecting a steady increase in the ratio of public saving to national income,” the revenues from which could be “used to purchase shares” of company stock. Lewis was a market socialist, active in the Fabian Society, who believed socialism could and should take many forms depending on local conditions. These forms included nationalizations, cooperatives, and collective wealth funds.

In a chapter of his Efficiency, Equality and the Ownership of Property (1964), Meade outlined his vision of “a socialist state” in which government surpluses were used to buy up capital assets and thereby achieve social ownership of property. Meade argues that such an arrangement would achieve the egalitarian aims of socialism and even be more efficient than more moderate tax-and-transfer policies because, once the national wealth is in state hands, the returns on that wealth are directly available for use towards social dividends, public services, and welfare rather than partially captured through after-the-fact taxation.

Starting in the 1970s, the idea of funds socialism migrated from socialist thought and into socialist strategy in a big way. The Danish trade union federation published a paper proposing a version of the idea at its 1971 Congress; a working group of the UK Labour Party published a similar paper in 1973; and Swedish trade union economist Rudolf Meidner unveiled his Meidner Plan in 1976.

The Meidner plan, which Meidner himself described as having a “Marxian base,” remains the most famous of this era’s proposals, in large part because SDP premier Olof Palme ran on the idea in 1982, implemented a version of it in 1984, and then went on to win re-election in 1985. The plan, which used an excess profits tax and a payroll tax to buy up Swedish corporate stock and place it into regional wealth funds, also worked as advertised: in less than a decade it had bought up 7 percent of the country’s industrial wealth and would have continued to grow its share of the national wealth into perpetuity had a subsequent conservative government not eliminated the program.

After the political failure of the Meidner plan, the burst of intellectual and practical activity around funds socialism seemed to fall off for a couple of decades, perhaps because left energy became focused on defending against the neoliberal turn of the period.

One exception to this wane in attention was economist John Roemer’s 1994 book A Future for Socialism. In that book, Roemer reflects on the failures of central planning and ultimately advocates for something he calls “coupon socialism,” a program that basically consists of seizing all the corporate equity and holding it in a fund that each person owns a roughly equal share in. Roemer’s untimely contribution to this socialist tradition can be explained by the fact that it was prompted by the demise of the Soviet Union while earlier writings seem to have been responding to the need for practical socialist policy in mid-century western Europe.

Indeed, the need to come up with practical socialist governing ideas seems to be what is motivating the recent renaissance of the idea in the last 6 years or so. The surprising success of Jeremy Corbyn in the UK Labour Party has prompted policy organizations like IPPR to reinvigorate the idea so that it can be adopted ahead of the next UK election. In the US, a burgeoning socialist movement sparked by Bernie Sanders has pushed think tanks like People’s Policy Project to do the same thing.

Although funds socialism has a long history in socialist thought and practice, the idea is obviously not without controversy within the socialist community. Cooperative advocates say it is too statist; Marxist-Leninists say it does not sufficiently empower the proletarians; Maoists say it is imperialist; and revolutionaries of all sorts say it is too reformist. But this of course is true of all socialist ideas: the only thing the majority of people who call themselves socialists have ever agreed on is that the majority of people who call themselves socialists aren’t, in fact, socialists.

Nonetheless, it is heartening to see the Labour Party pick up this long-standing socialist idea and run with it in earnest. The Inclusive Ownership Funds offer a promising strategy for gradually shifting ownership of the economy out of the hands of an oligarchic class and into the hands of Britain’s workers and its society as a whole. It is not a panacea to all that ails the British economy, but it does set it down the path towards a democratic socialist future. 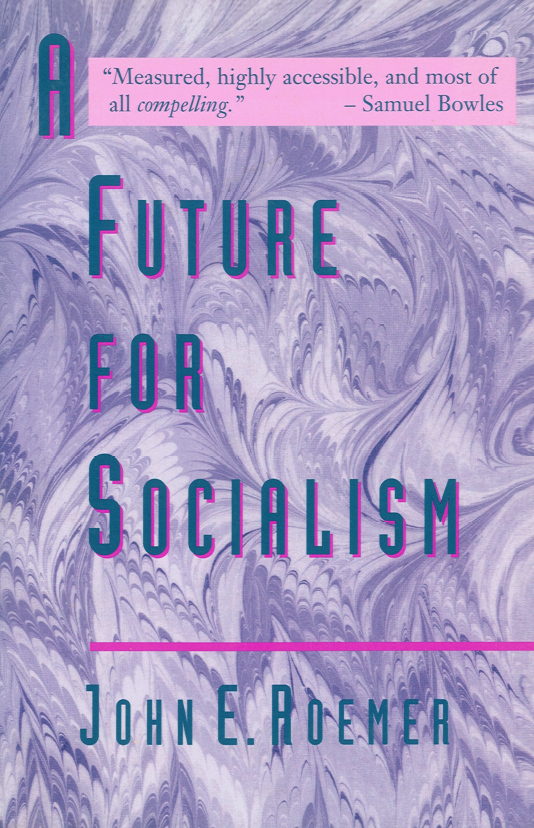