40% off all our Rosa Luxemburg reading to mark the 100th anniversary of her death. Ends January 21st.

January 15th 2019 marks the 100th anniversary of the assassination of Rosa Luxemburg, a Polish-born Jewish revolutionary and one of the greatest theoretical minds of the European socialist movement. An activist in Germany and Poland, and the author of numerous classic works, she participated in the founding of the German Communist Party and the Spartacist insurrection in Berlin in 1919.

Rosa Luxemburg was murdered on the 15th January 1919 by troops opposed to the revolutionary movement that swept Germany in the wake of the First World War. Klaus Geitinger's recently published The Murder of Rosa Luxemburg carefully reconstructs the events of that fateful night, digging deep into the archives to identify who exactly was responsible for the murder, and what forces in high-placed positions had a hand in facilitating it and protecting the culprits. It is worth remembering that even 100 years after Luxemburg's murder, the party responsibile has yet to admit its culpability.

To celebrate the life and legacy of Rosa Luxemburg see our list of key Verso reading - all 40% off until January 21 (at 23.59 EST).

To commemorate the 100th anniversary of their untimely deaths, Klaus Gietinger has carefully reconstructed the events of that fateful night, digging deep into the archives to identify who exactly was responsible for the murder, and what forces in high-placed positions had a hand in facilitating it and protecting the culprits.

*this book will release in North America on January 29

In this classic biography J.P. Nettl provides an extraordinary portrait of one of the leading twentieth century revolutionaries and political thinkers.

*this book will release in North America on January 29

The most comprehensive collection of letters by Rosa Luxemburg ever published in English, this book includes 190 letters written to leading figures in the European and international labor and socialist movements—Leo Jogiches, Karl Kautsky, Clara Zetkin and Karl Liebknecht—who were among her closest friends, lovers and colleagues.

Geras brings new light to bear on one of the most misrepresented figures in radical history, illustrating her inspiring lack of complacency and her commitment to questioning those in authority on both the Right and the Left.

First volume of a major project to publish the complete works of a remarkable social theorist.

The second volume in Rosa Luxemburg’s Complete Works, entitled Economic Writings 2, contains a new English translation of Luxemburg’s The Accumulation of Capital: A Contribution to the Economic Theory of Imperialism, one of the most important works ever composed on capitalism’s incessant drive for self-expansion and the integral connection between capitalism and imperialism.

Spanning the years 1897 to the end of 1905, this volume contain speeches, articles, and essays on the strikes, protests, and political debates that culminated in the 1905 Russian Revolution, one of the most important social upheavals of modern times. 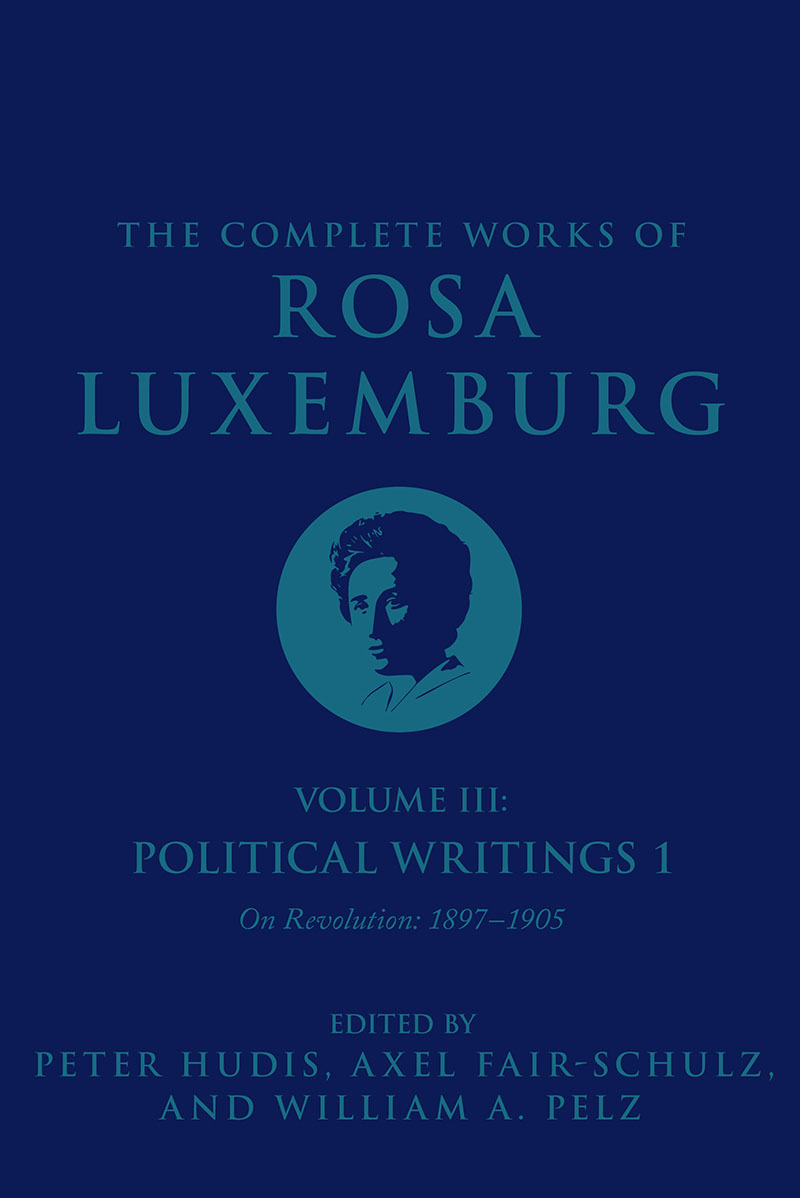