How to live an anti-fascist life

"It was as if decades of theorizing fascism—as an ideology, or a tendency, a practice, something that never quite disappeared —had been erased overnight and all that mattered in the media frenzy was delineating Trump’s similarities and differences to Hitler or Mussolini."

Being Numerous by Natasha Lennard shatters the mainstream consensus on politics and personhood, offering in its place a bracing analysis of a perilous world and how we should live in it.

Below is an excerpt from the essay "We, Anti-Fascists," on the liberal aversion to the idea of political violence, despite the calls for resistance to our apparent fascist climate.

Being Numerous: Essays on Non-Fascist Life is on sale for 50% off until Tuesday, July 16th at 11:59PM EST as part of our Beach Reads sale!

Between spells of January drizzle, in the midst of scattered street protests, on a particularly bad afternoon in Washington, DC, Richard Spencer got punched in the face.

That morning, Donald Trump commenced his term as president with rageful, nationalistic oration. Nearby, police penned in and mass-arrested over 200 inauguration counter- protesters. The demonstrators, participants in an “anti-fascist, anti-capitalist bloc”—in which I had also marched—would go on to face a repressive array of bogus felony charges and potential decades in prison. By the afternoon of January 20, protests were dispersed, gloating frat boys in red “Make America Great Again” hats ambled through DC’s dreary avenues, and Donald Trump was president.

Any silver lining that day was going to be thin. But there it was, gleaming: a sublime right hook to Richard Spencer’s face. I didn’t see it in person, but on a YouTube clip, which during the coming weeks would be viewed well over 3 million times. Spencer, a neo-Nazi who claims America belongs to white men, was in the middle of telling an Australian TV crew that he was not a neo-Nazi, while pointing to the white nation- alist mascot, Pepe the Frog, on his lapel pin. A black-clad figure, face covered (the unofficial uniform of our march that morning) jumps into frame, deus ex machina, with a flying punch to Spencer’s left jaw. The alt-right poster boy stumbles away, and his anonymous attacker bounds out of sight.

I had thought we could all agree: a prominent neo-Nazi was punched in the face; it was a good thing. I had miscalculated “we.”

In the weeks and months prior to Trump’s inauguration, an outpouring of media commentary was dedicated to determining whether the soon-to-be president was or was not a fascist, and whether we were or were not on the verge of living under a fascist regime. Characteristics like selective populism, nationalism, racism, traditionalism, the deployment of Newspeak and a disregard for reasoned debate were rightly noted as fascist tendencies, if not sufficient for some to call the Trump phenomenon a fascist one.

These articles spoke to a genuine panic that the arc of history had been bent in the wrong direction, twisting back on itself toward early twentieth-century Europe. They were steeped in modernity’s progress myth, conveniently forgetting that fascism has, in fact, always been continuous with modernity. Whether or not the commentators concluded that Trump was an actual fascist, they all agreed that fascism was to be understood as The Worst.  This glut of commentary treated fascism as something that takes shape only in the context of a historically constituted regime—the problem of fascism was real, but located only in the threat of its possible return: Will Donald Trump bring fascism to America?

It was as if decades of theorizing fascism—as an ideology, or a tendency, a practice, something that never quite disappeared —had been erased overnight and all that mattered in the media frenzy was delineating Trump’s similarities and differences to Hitler or Mussolini.

I didn’t consider at the time that most of the commentators weighing in on Trump’s fascism (or lack thereof) presumed their position to be anti-fascist enough. Every argument was premised on the post–World War II a priori that fascism is an evil to which we are opposed: a departure from or aberration of the sociopolitical status quo, something outside of ourselves. It’s perhaps no accident that a liberal commentariat would focus on this sort of state fascism—one that reductive histories pretend was conquered by liberal democracy, rather than crumbled in protracted war. But there’s nothing so easy, nor so empty, as opposition to a fascism that is framed as an unparalleled historical horror that could return.

I took in good faith these professed concerns about the Trumpian specter of fascism, and I believed in turn that we would see a broad liberal-to-left acceptance of vigorous anti- fascist action. And so, I advocated, and continue to advocate, for a particular response to perceived fascism, one that has enjoyed successes throughout the twentieth and early twenty- first centuries. I’m talking about the anti-fascism abbreviated as “Antifa”—a militant, no-tolerance approach to far-right, racist nationalism, the sort that, while it is not new, has become newly empowered and utterable. As such, I am talking about that messy, instable, ever-oversimplified category: violence. Or, as I see it, counterviolence. I delighted, publicly, in Richard Spencer getting punched.

Antifa is not a group, nor a movement, nor even an identity. To state one’s political position as anti-fascist after 1945 is close to empty and, I will argue, in a certain sense necessarily false. But as a practice taken up by the pan–far left (socialist and anarchist alike), Antifa is an illiberal intervention that in resisting fascism does not rely on the state, the justice system or any liberal institution. It finds organization online, in the streets, on campuses—wherever fascism is to be found.

Having spent much of my writing career arguing against the old canard of violence versus nonviolence, I did not think liberal aversions to the idea of political violence would suddenly vanish. But I thought, with fear of fascism in the air and a clamor for some unified resistance, that we could at least agree that it was okay, if not good, to punch a neo-Nazi. How wrong I was. The gleeful social media circulation of the Spencer punch video was met with censure from the same liberal media microcosms that had spent the previous weeks nail-biting about fascism. Even the most simply Antifa act—a silencing, anti-Nazi punch—would not find broad support in the so-called resistance.

A year into the Trump presidency, I felt like I’d fallen through the looking glass. The apparent panic about the rise of fascism had been overtaken by paranoiac fear and condemnation of the rise of anti-fascism. I had thought that Charlottesville would take on the valence of historic Event—the sort about which we speak of “before” and “after”; a turning point. A neo-Nazi plowed his Dodge Charger into a crowd of anti-fascist counter protesters, killing one and injuring many. A young black man was viciously beaten by racists with metal poles in a parking lot by a police station. White supremacists marched, Klan-like, with burning torches and Nazi salutes around a Confederate statue of General Robert E. Lee while chanting, “Jews will not replace us!”—a gruesome pastiche of nineteenth-century American and twentieth-century European race hate, never vanquished but newly Trump-emboldened. The day after the rally, the president blamed “many sides.” Some days later, like a pantomime villain at another campaign-less campaign rally in Phoenix, he let out an ominous roar: “Anteefa!”

In Charlottesville, the already-flimsy veil of plausible deniability about the racist fascism of the so-called alt-right had been ripped away. Faced with the spectacle of Charlottesville, liberal commentators who had written baseless screeds com- paring the threat of far-left anti-fascists to that of white nationalism would surely think twice about such a false equivalency.

Upon hearing the “two sides” argument from the puckered, impossible mouth of the president, I was sure the mainstream narrative equating far-left and far-right violence would shift. Instead, it doubled down. In the month that followed the intolerable events in Charlottesville, America’s six top broadsheet newspapers ran twenty-eight opinion pieces condemning anti- fascist action, but only twenty-seven condemning neo-Nazis, white supremacists and Trump’s failure to disavow them.

Meanwhile, magazines and news outlets—only a year ago lousy with warnings against the “normalization” of hate—have published a string of profiles platforming white supremacists and neo-Nazis as if they were now an accepted part of the social fabric (thus interpolating them as such). The “polite” Midwestern Hitler fan with a Twin Peaks tattoo whose manners “would please anyone’s mother.” The “dapper” white nationalist. The description of right extremist rallies drenched in dog whistle and foghorn neo-Nazi symbolism as mere “pro-Trump” gatherings—or worse, as “free speech” rallies.

What changed? In truth, nothing. We are observing a phenomenon that Martin Luther King Jr. noted well in his 1963 “Letter from a Birmingham Jail.” We are dealing with “the white moderate, who is more devoted to ‘order’ than to justice; who prefers a negative peace which is the absence of tension to a positive peace which is the presence of justice; who constantly says: ‘I agree with you in the goal you seek, but I cannot agree with your methods of direct action.’” There is no shortage of irony in the invocation of MLK by today’s white moderates in order to decry Antifa tactics as violent; in fact, I believe (if one can so speculate) that these same commentators would have been critical of his radical nonviolence, predicated as it was on the provocation of violent spectacle. It is a great liberal tradition to stand on the wrong side of history until that history is comfortably in the past. 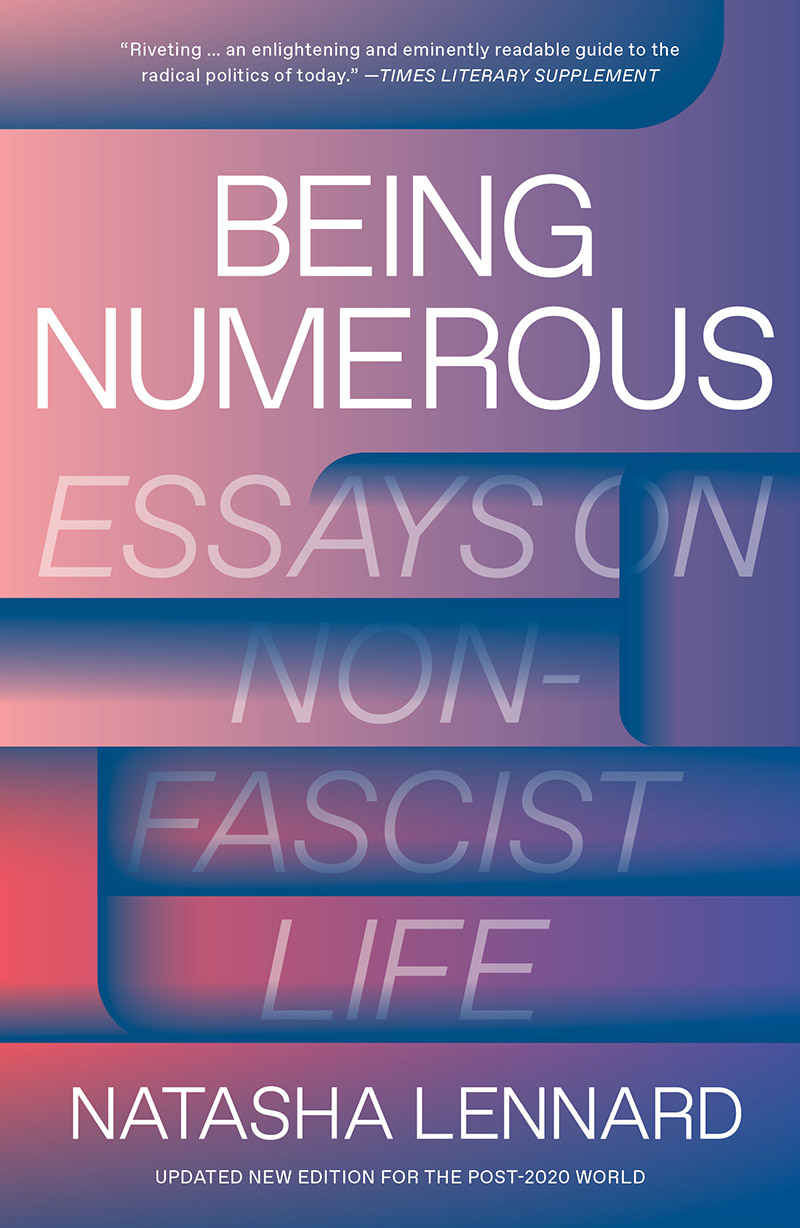